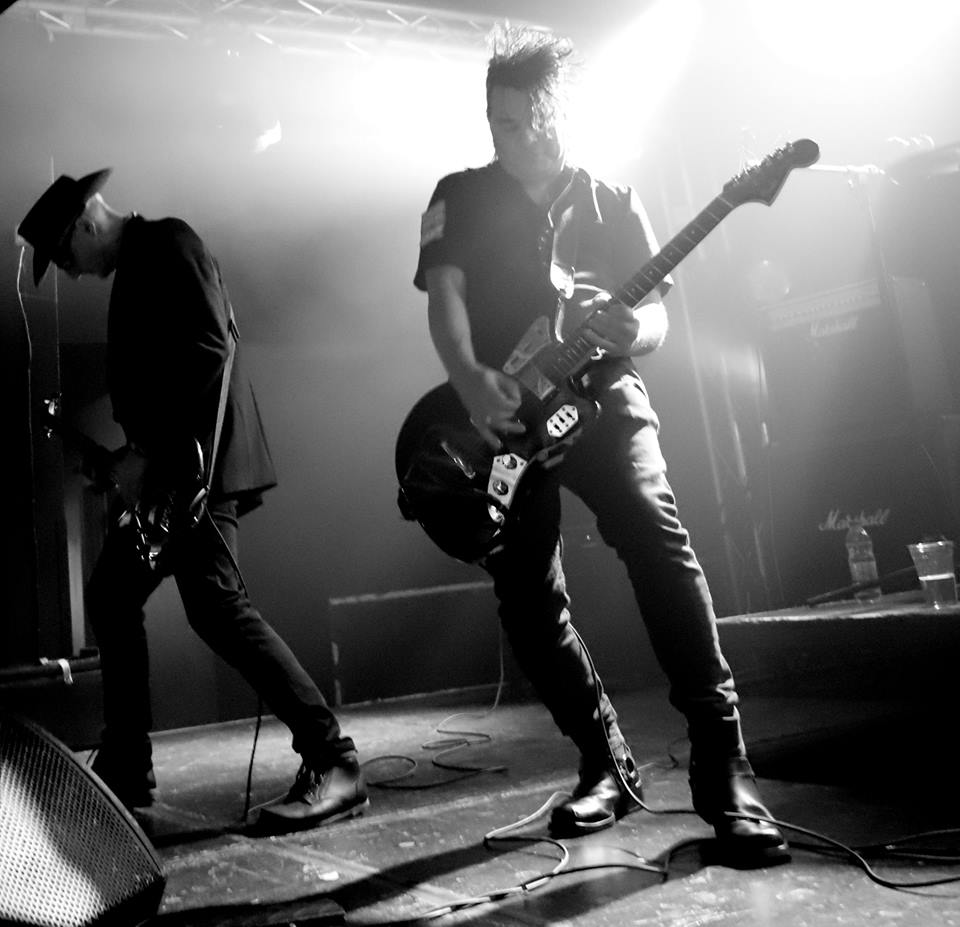 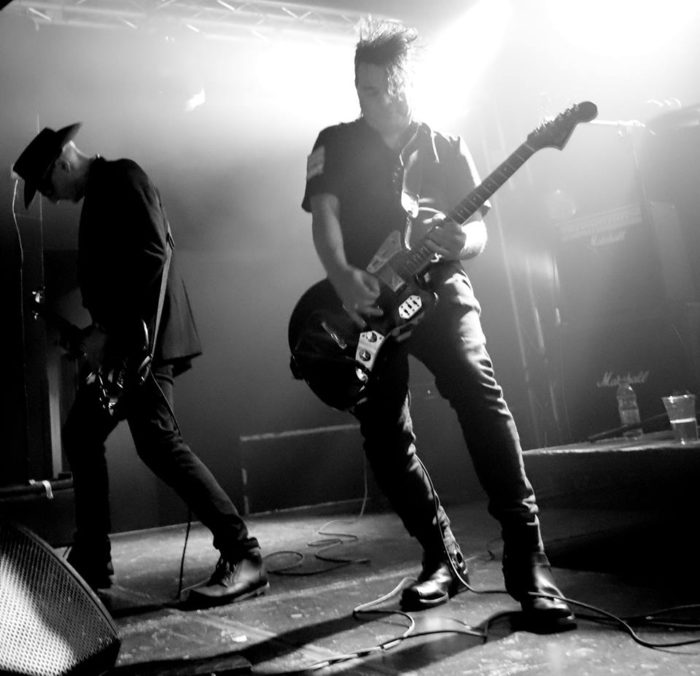 ‘Album Launch for Torpedoes Black Museum double album and single launch for Fake Empires The Sadness Will Last Forever‘.. may sound like a dour, doomy affair but this was a joyful event, says Ged Babey.

This was a proper show.  Not just another gig.  Great lighting, backdrop projections and a huge sound,  Torpedoes were impressive. Fake Empire were a revelation.

I had not seen either band before but knew what to expect from Torpedoes having grown to love their album.  I was still stunned by how every song was faster, heavier and more intense than on record.  It must be a very Goth thing.  The Sisters of Mercy recordings, good as they were, never lived up to what a spectacularly powerful live band they were. Some bands just can’t quite capture the essence of what they do live in the studio. (Which is why It’s Alive is indisputably the best Ramones album).

I knew nothing about Fake Empire, but the name alone made me think of Simple Minds ‘Empires and Dances’ so it was no surprise when they actually sounded a bit like them initially.  That mid-paced anthemic feel.  A three piece with nondescript image (Breton top, hawaiian shirt, best-looking member hidden behind drumkit…) they also have that inspirational gloom and negative drive  which Editors/The National have, but singer/guitarist Les Black has an effortless, swooping voice and way of imbuing the songs with drama and emotion that recalls Brett Anderson at his best. The Sadness Will Last Forever is a gigantic song which should be all over 6Music.  Definitely a band to watch out for.

Torpedoes look great onstage surrounded by white light as the sheer energy of the music cuts through it like a dark scything, threshing machine.   Bassist Wolfie with his black cowboy hat is a manic mover, holding his instrument like a machine gun and zig-zaging around like a Gothic Wilko auditioning for a part in Westworld. 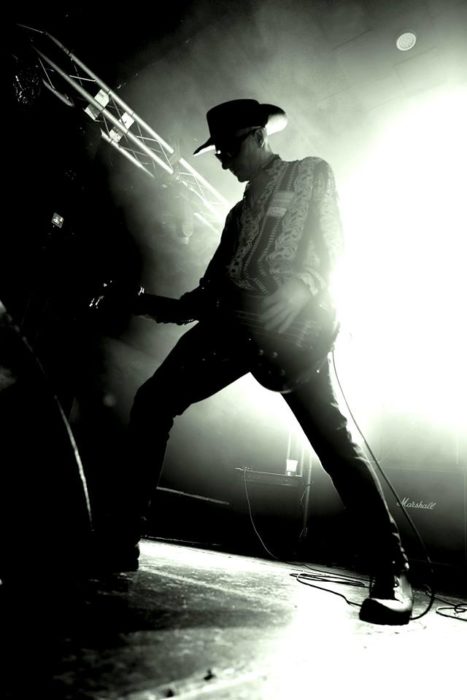 Razor centre stage commands the attention without trying. More of a shy, enigmatic  Robert Smith figure than an Eldritch persona, he just gets on with the job. The twin guitar assault from Benny and the frontman is set to stun.

The faster-paced songs have a punk immediacy but the superb drumming is the solid foundation for the slower, moodier songs.  Torpedoes are all great musicians , a well oiled machine,  Disciplined.

The set is over so quickly it was like time itself sped-up.  Song For Europe sounded majestic and the centrepiece of the set was In The Sky -a towering song dedicated to the departed -that captures the fact that they are always with us in our minds, gentling influencing every thought and deed.  In the sky and in our minds.

A special gig. Full of darkness and light.

Apologies to Positrons who were first on – I arrived late and completely missed your set.