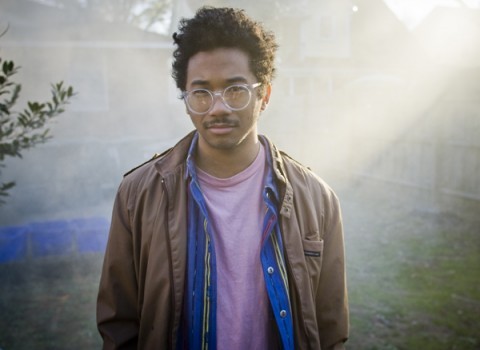 Toro Y Moi is one of the rising stars of the American indie music scene. With a boxset out soon, we thought it might be time to give it a look here at LTW, and got Katie Shepherd to have a listen. Her thoughts as follows.

In June of 2009, the “King of Pop”Â, Michael Jackson, caught the world’s attention one last time with the announcement of his surprising death. The Lakers empire acquired yet another NBA championship title by defeating the Orlando Magic, and everyone spent at least one Friday night at the cinema watching the guilty pleasure that is The Hangover. I personally spent most of that month counting down the hours at my stereotypical part-time summer job. I made minimum wage working in a shopping mall, waiting for evenings of freedom by the swimming pool, where I knew my friends would be tanning and drinking to the sounds of Animal Collective’s ”ËœSummertime Clothes’ and ”ËœMy Girls’ off the explosive album Merriweather Post Pavilion. Even though we all lived through it, I doubt there are many of us who have actually taken the time to think retrospectively about the month that was June 2009. In a culture so focused on what’s happening next, there seems to be no time to look back over one’s shoulder to yesterday. However, one burgeoning artist, Toro Y Moi, dares to not only do the unconventional, but to do it successfully with the release of his new reflective boxset June 2009.

Growing up in the northern of the two Carolinas, I sometimes wondered as a kid what exactly was happening in the Palmetto State down below other than Clemson fans dousing themselves in orange paint for major sporting events and vacationers visiting old estate houses on the coast in Charleston. Then one day recently, my friend living in Saint Etienne for the year sent me a track called ”ËœTalamak’ by Toro Y Moi, with the simple accompanying tag line of “Addictive.”Â I pressed play as per her suggestion, and the moment 24 year-old Columbia, SC native Chazwick Bundick asked in his opening lyric, “When can we get together again?”Â I was done for. Bundick has the cool, soulful sound as his home state predecessors James Brown, Chubby Checker, and Patti Drew, but with his own mellow electronic spin. As though the DJ and guitar-playing singer/song-writer have melded together for a new generation of sounds, Toro Y Moi, (or “Bull and Me”Â) has managed to create music that is sophisticated while at the same time a breath of fresh air for the genre that is chillwave.

If ever an album was made for vinyl, June 2009 is it. By releasing tracks previously only available on his tour-only CD-R, Bundick has found a way to tell us all politely that he was ahead of the trends, making the sounds listeners are searching for now, three years ago. Like flipping through the pages of a self-realizing artist’s journal, the album contains a diverse range of songs that appear to reflect Bundick’s emergence as both a musician and a man; particularly the transition of moving to Berkley, CA after graduation. Toro Y Moi has already proven he can effectively blend together his own brand of funky electronic rhythms and subtle hints of the house music scene with the release of the EP Freaking Out, while undoubtedly impressing everyone listening with his debut and follow-up albums Causers of This and Underneath The Pine. However June 2009 shows a side of Toro Y Moi of which he only previously hinted with the chilled out indie track ”Ëœ109′, proving the range of music in which Bundick can create. The album will glow on vinyl, as the perfect soundtrack for summer 2012.

The low-fi compilation begins with chilled out guitar melodies that seem to pull simultaneously from both the past and the present. Tracks like ‘Take the L to Leave’ and ‘Dead Pontoon’ have the feel of albums from the 60s my dad used to play on vinyl with glimpses of a Sonic Youth and Animal Collective influence. An early, less clean, but perhaps more authentic version of ‘Talamak’ is also included in the line up, as if the addictive could become moreso. “’Girl Problems’ has almost the feel of The Black Keys to it while ‘Sad Sams’ and ‘Drive South’ punch through with rhythms reminiscent of the 80s. Perhaps the loveliest surprise on the album comes with the intimate track ‘New Loved Ones’, on which Bundick treats us all by cutting back to only vocals accompanied by acoustic guitar. With no clear road map to guide the progression of June 2009, Budnick’s collection of nostalgic ruminations seem to be more of a reflection on all of the steps Toro Y Moi has taken to create his current sound. One thing is certain; Toro Y Moi proves he is right at home among today’s music must-haves, such as Little Dragon and Chad Valley, while offering the potential for appeal to a wider audience with his “then and now” energy.

With an expected release date of April 23, 2012, Toro Y Moi’s latest release will not, no doubt, disappoint. If you are looking for something fresh, smart, with the promise of a timeless quality, June 2009 needs to be on your shopping list for April. The sophisticated Chazwick Bundick is once again on the cusp of releasing an album that will shape the music community. June 2009 is the summation of what it means to be an early 20-something trying to make sense of yourself. While many may consider this album a reflection of days gone by, anyone listening closely will realize it’s all merely a part of the evolution that is Toro Y Moi.