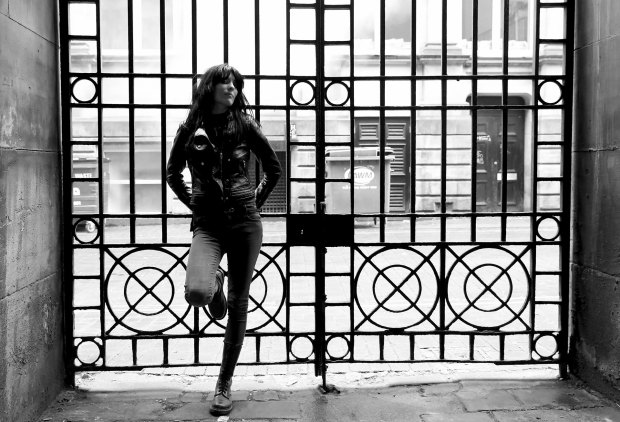 Toria Garbutt is a spoken word artist from Knottingley – a deprived ex-mining town in West Yorkshire. From as young as 9 she kept a diary, and wrote poetry in parallel.

Her resulting début album is an incredibly visceral and engaging collection of confessional, observational and character based punk poetry. With a punk heritage, a staccato heartbeat and a unique flair for storytelling, her work is brutally honest yet breathtakingly beautiful.

The album is being released by Nymphs & Thugs Recording Co., and independent spoken word record label formed in spring 2015. This campaign is also supported by A Firm Of Poets; a nationally established spoken word organisation that provided Toria with a national platform, and ultimately paved the way to this release.

From the moment that people see Toria perform, they’re astounded at her work. Her remarkable honesty, her unflinching ability to delve far deeper than most would ever even discuss in private, and her integrity as both a writer and performer.

Says Toria: “These are confessional stories about love, heartbreak and addiction. Getting them off my chest helps me to stay sane. Some of my poetry is hard hitting and dark but there is hope and beauty in there too. On a personal level I suppose it’s partly about getting closure.”

“Art’s not really considered a viable career option for working class kids. There’s this notion of poetry as an elitist pursuit and that’s a shame because there are some incredibly talented kids out there whose voices aren’t being heard.
I’m just speaking my own truth, in my own words, in my own style. I refuse to conform because to me authenticity is everything. There’s a lot of bollocks in the media. We need people to say it like it is. These are stories that need telling.”

Call it “credit crunch poetry” or just straight up “punk poetry” – in a nation in which the most vulnerable areas are strangled by poverty and agenda-driven austerity, Toria is both a shining beacon and a middle finger firmly raised.