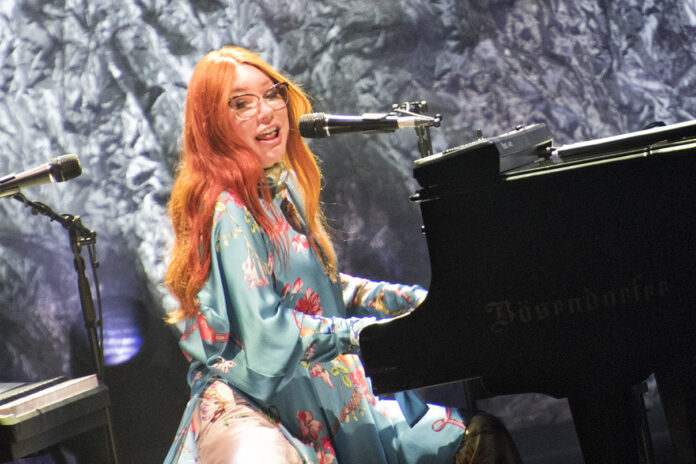 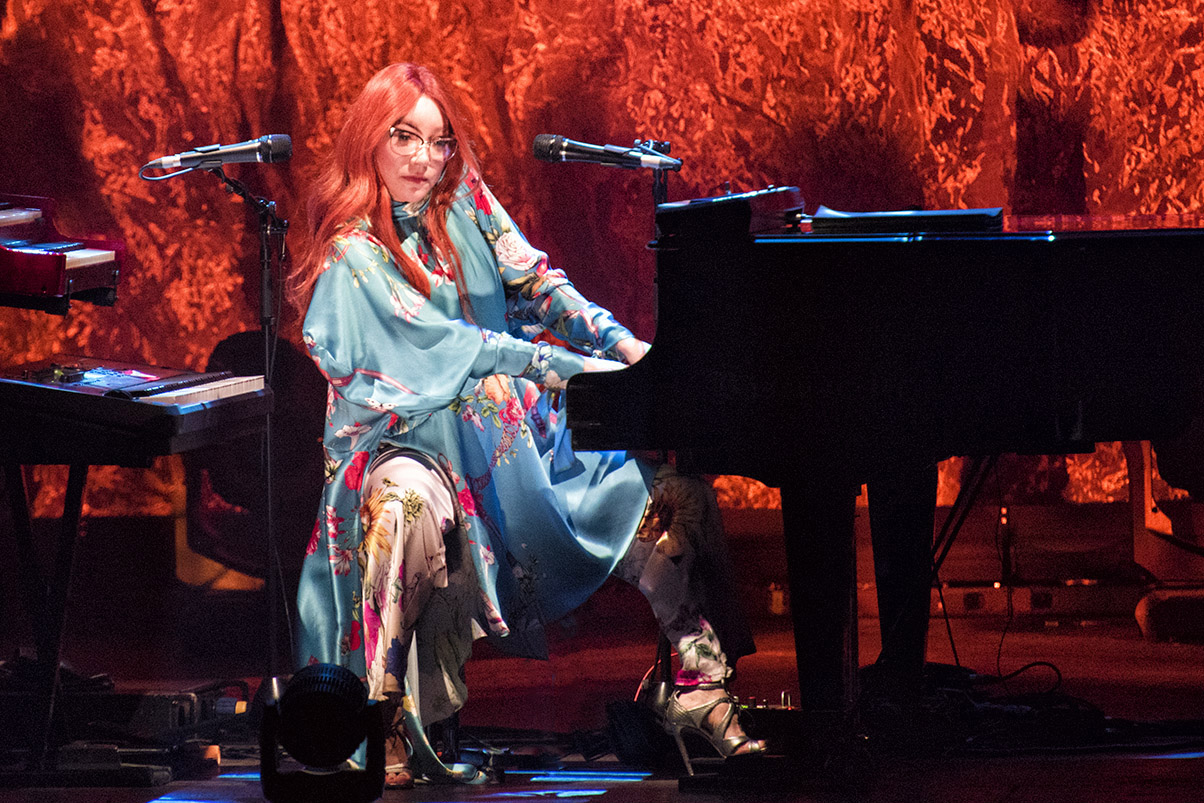 Louder Than War catch up with Tori Amos, as she tours the UK in support of her new album Ocean To Ocean. Tori played new tracks, combined with some of her old favourites thrown in for good measure. Claire Glover checks into the O2 Apollo and Melanie Smith takes photos.

Saint Sister – This immensely talented duo from Northern Ireland are the perfect opening act for Tori Amos. Gemma Doherty’s and Morgana Macintyre’s stripped-down performance of their well-crafted original songs is just mesmerising. The accompaniment provided by Gemma on a majestic electronic harp that also doubled as looped percussion is all that is required. Both of their soft lilting voices complimented each other beautifully, with such interesting melodies and perfect close harmonies. They are definitely worth checking out in their own right. They released their debut album ‘Shape of Silence’ in 2018 and last year 2021 were delighted to release their second album ‘Where Should I End’ 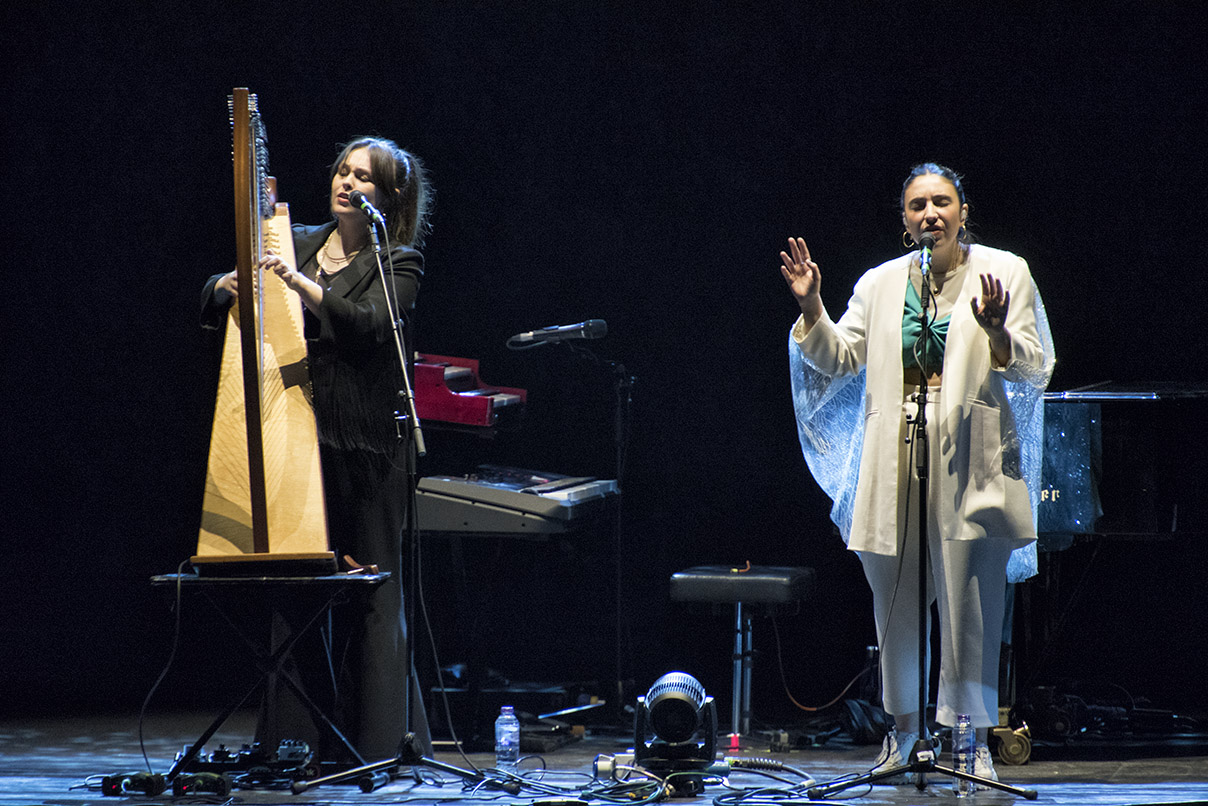 The incredibly talented Tori Amos floats onto the stage looking just beautiful and so elegant in her floral silk attire. She is welcomed by cheers from her loyal fans. Tori is joined by brilliant bass guitar player Jon Evans, who has been performing with her since 1998. Ash Soan on drums and percussion was also an amazing addition to the haunting musical experience.

The opening song is Juarez, the long intro of which showcases the remarkable talent on stage. Tori begins by playing a synthesiser keyboard, perched on top of her majestic black grand piano. Her talented fingers then drop to the acoustic piano and she is switching from this to the two keyboards set up behind her. At points, she adjusts her silk gown, sits astride the piano stool and wows the audience by playing both the keyboard and piano at the same time. Her soft vocals and haunting melodies echo throughout the concert hall, vocals that some may agree have a definite Kate Bush feel to them, but with her own unique style and sass. 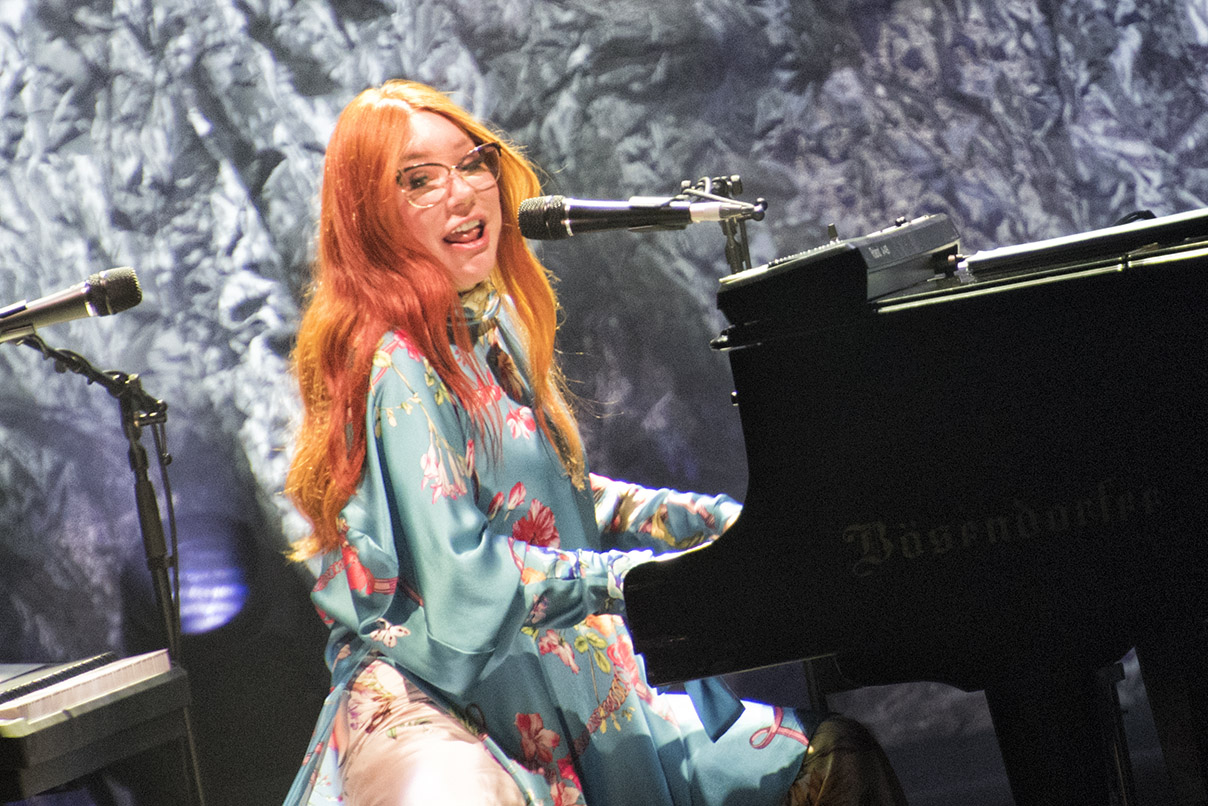 Following the wonderful, upbeat Bouncing Off Clouds and Caught A Lite Sneeze, she treats the audience to the soulful title track from her latest album released just last year Ocean To Ocean. Also included in the set from this album were Addition Of Light Divided and Devil’s Bane, with the brilliant, bluesy Father’s Son, following on from Horses. Tori doesn’t disappoint her devoted fans with her signature moves, still straddling the piano stool. Bowing and dipping her head with her long red hair draping across the keys while she plays such intricate melodies.

The lighting and colour changing back-drops enhance the performance and create a magical atmosphere, to accompany the superb sounds which pulsate throughout the hall. She respectfully tells the audience that she’s doing her best to get through some of the requests, which will no doubt have included the beautiful, melodic songs China, Twinkle and Russia. Twinkle earns bass player Jon a salute of respect from Tori, after accompanying her on his own for this delicate number. Little Amsterdam follows, the intro prompts a raucous cheer of approval from the audience, especially when she passionately bangs the piano lid back to enhance the cutting lyrics. 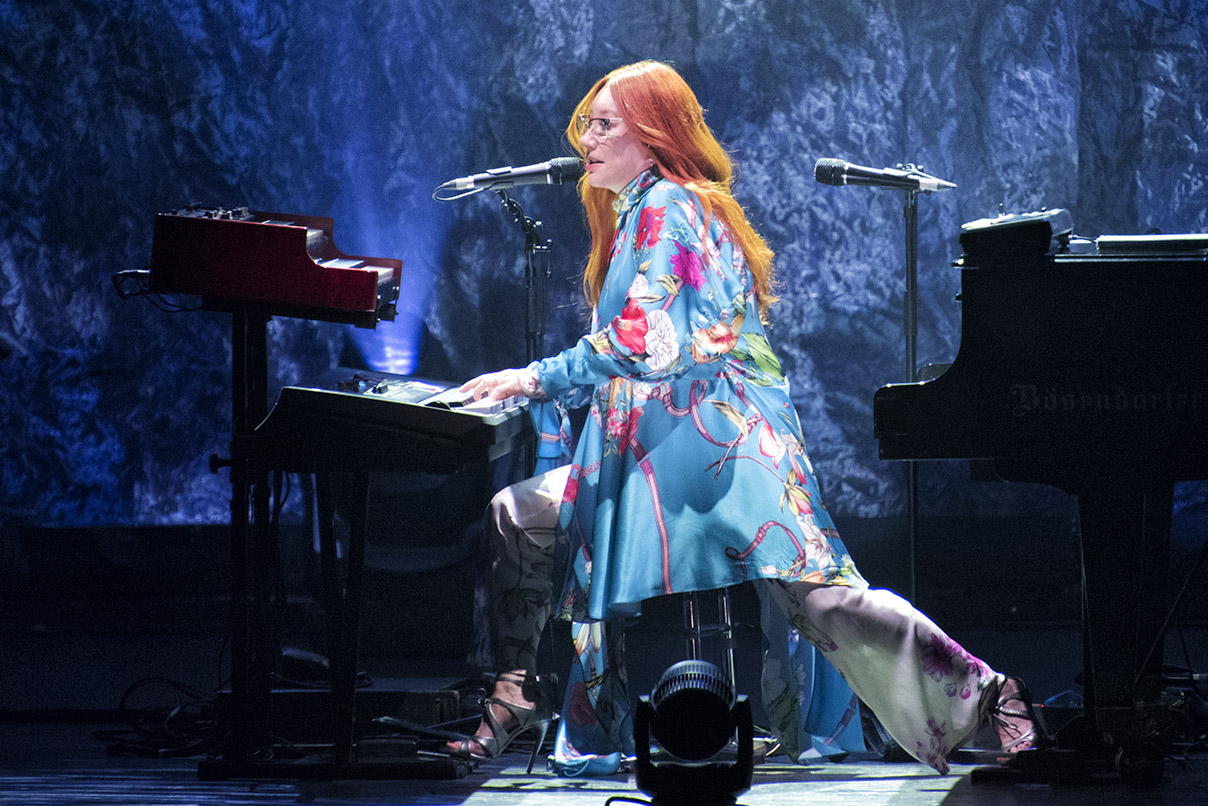 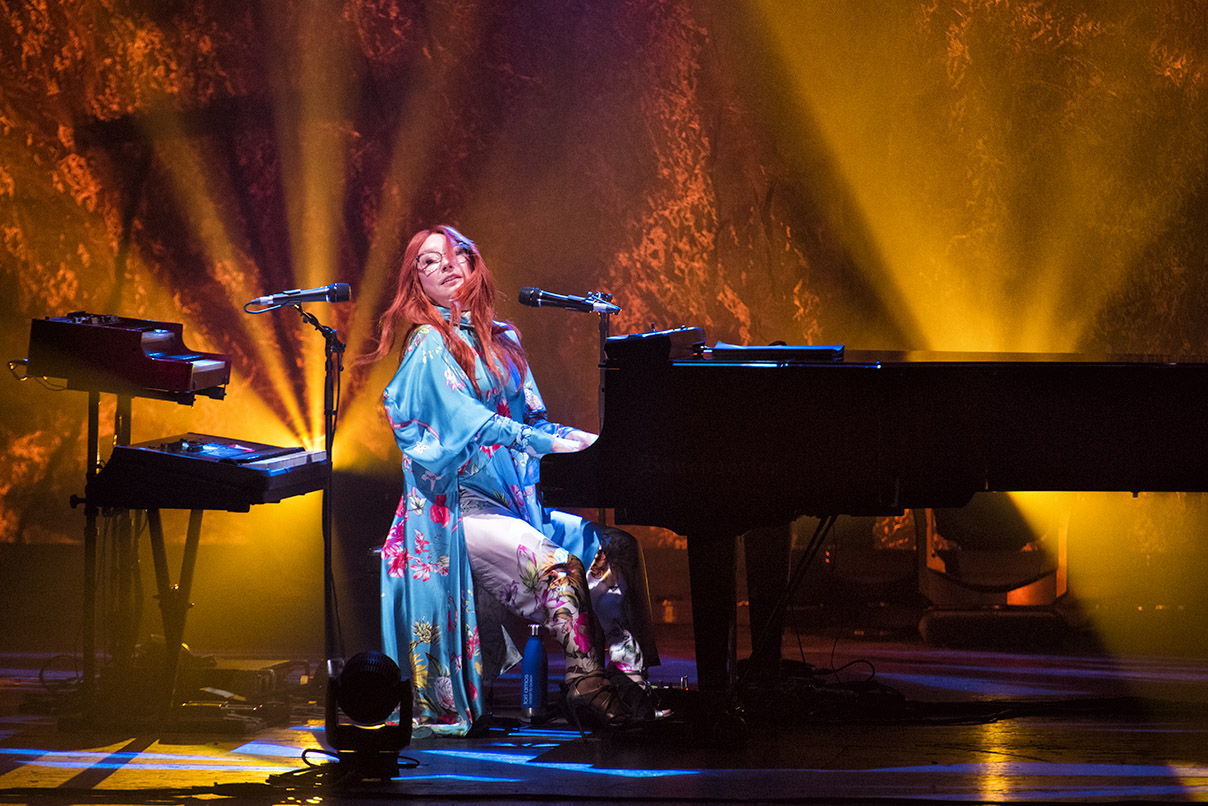 Tori performs a great cover version of The Animals – House of The Rising Sun, with her deep, sultry vocals putting a new spin on this classic song. The show nears the end and following Take to The Sky, finished on the fantastic well-known UK hit Cornflake Girl, which has the audience up on their feet and giving a well-deserved standing ovation at the finale. The talented trio return for the encore, with Spies, following persistent cheers for more from the crowd, and the final number was Precious Things. Tori, Jon and Ash took a well–deserved bow and left the stage to rapturous cheers from a very satisfied audience.