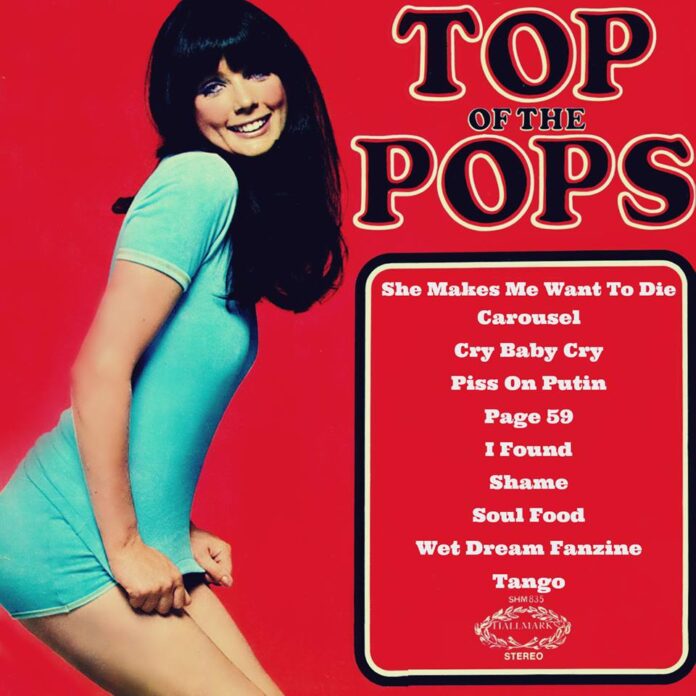 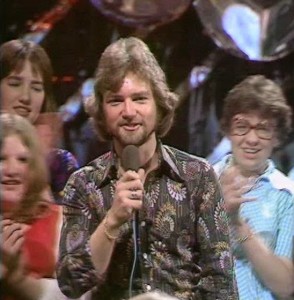 Keith Goldhanger’s been wondering what Top Of The Pops would look like today. So here are his ten favourite tracks of 2015 so far – presented in a Top Of The Pops 1974 style.

“What came first?” you’ll ask,
” The big bag of narcotics , the time machine or the need to feel some justification to stick yet another playlist on this page…?”

Imagine pop music … y’know … that stuff that gets in the charts because people haven’t grasped the concept of taping stuff off the radio or operating the gubbins of the Internet on their computers yet … where was I? … yeah! POP music, Thursday nights … Blankety Blank (we’ll forget that ever existed for the duration of this article) -Look, what we’re getting at here is imagining pop music died about ten years ago (it did in some people’s lives – it coincided with the introduction of the Internet and what the boffins designed to stick on it.)
Imagine Top Of The Pops in 1974 with today’s artists on the show … no Donny, Dana, Terry Jacks or Paper Lace, but artists like those we’ve been swooning over recently and gasped COR!

Imagine a couple of those elderly gentlemen your parents would like you to turn out like one day (NO, not those two) and imagine those POP MUSIC GRAPHICS that make everything look GROOVY and poptastic. Young Teenagers dancing badly alongside the artists who are by this stage in their career earning so much money they already own boats, sports cars, big country houses and could not be further away from emailing their counterparts and suggesting a reunion tour across the countries still existing holiday camps. Gather the family around the telly – try to get them to all shut the fuck up for half an hour and take notes…

….My own “TOP OF THE POPS” …..if I was in charge of the world, owned a time machine, ruled the TV schedules and was in possession of a curious imagination that makes me want to get your attention by nicking a BBC logo and an old picture of Noel Edmonds … Set in 1974 and featuring stuff we casually watch on the internet in 2015. Imagine what the family would say to this … and imagine how big our bag of drugs was that caused us to hatch out this ridiculous concept…

…It may be great – It may have been the same – It may have made us climb back into our time machine and just let everything evolve naturally … yeah, that actually might have been what just happened – just play along with this make pretend scenario – Here’s my Top ten of the year so far, the Top of the Pops angle is an attempt to make this slightly more interesting. And the drugs bit I made up… 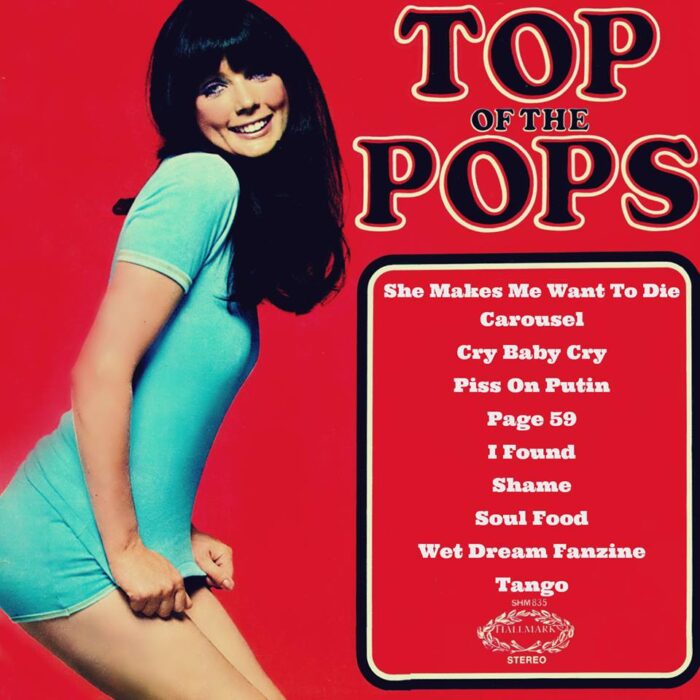 “Get that poncy shite off my fucking television, I’m not having this in my bloody living room….”

That’s what 50 year old men would have said in 1974 as a man dressed in his grannies clothes, lipstick everywhere where it shouldn’t be…. “Bloody lipstick ” he’d say as he carefully puts another cross on his spot the ball coupon whilst tutting loudly … It’s the test card clown doll come to life and in a band that sound like Suede but it’s 1974 and Suede are still only seven and introducing themselves to Roobarb and Pipkins. This would be the topic of many bus journeys into school the next day.

My gran would have fucking loved this in 1974, its the kinda tune that could have won Opportunity knocks a dozen times and had the kids screaming Yuuuuuccckkkkk ! It’d probably sound better than “Abide with Me” before the cup final and they’d probably have been a cheap rare Disney off cut cartoon to compliment it when Bob Harris introduced it on the Old Grey Whistle Test. This is a marvellous stadium anthem, or romantic film soundtrack, sung on a 1974 edition of our favourite TV show by a chubby eight year old (WIlliam Doyle didn’t believe we had a time machine and he had a pile of washing up to do) wearing a kilt, standing on the edge of a cliff…..in torrential rain .

Its going to be on the East India Youth second album and it’ll be responsible for sound tracking many beautiful moments in years to come.

Screaming female vocals and loud guitars that a few years after the year we’re making pretend it is (and the first sign that this concept maybe failing….) will be reminding us of The excitement of The Dead Kennedy’s. One for the grown ups to slope away into the kitchen and fill up a teapot with Brooke Bond.

OK, This wouldn’t get aired into our living rooms in 1974 because of the swear word in the title (look how the show struggled the previous year with “My Ding A Ling!) and no one would really know who Putin was in 1974 unless they happened to be interested in a Lenningrad State University Judo competition being held in Russia (which is a bit of a long shot) – It also mentions something about “Shitting in your faces” and it’s the rudest video since youtube began…. So all that aside, this would probably turn a few heads even today if we lived in a world where people gathered around the tv set for more than thirty minutes at a time.

It’s the tune Wizzard should have recorded just after “See My Baby Jive” and before “I wish It Could Be Christmas Everyday”…with the Rubettes on backing vocals. 1974 oooohhh what a year eh?

All together now “IIIiiiiii Foooouund LLLurve…where it wasn’t s’pposed to beeeee” we’d all be singing whilst scaring the cat and waving our knitting in the air. If this appeared on TOTP’s in 1974 it’d probably have scantilly clad women gyrating their hips across our screens during this but as I’m in charge and I make the rules this isn’t going to happen ‘cos it’s silly, unnecessary and grandad has a dodgy ticker from all those fry ups that no one has told him the dangers of yet.

What would people have thought of this back in 1974? A confused Noel would probably warn us about attempting to interfere with out TV sets during this however as anyone old enough to testify, banging the top of our (Black and white) telly’s back then not only helped get the picture sorted but added a decent bass drum over everything that happened to appear on our favorite music shows. It’s how dance music was invented. Next time you hear Steeleye Span singing “All Around My Hat”, try banging a table with your fist- It makes the same noise and it sounds ace.Anyway, these fab three way vocals on this is what make this band something very bloody special in our lives, whatever year we’re pretending it to be.

Claw Marks – Soul Food
More terrific shouty stuff that’ll keep everyone awake at 4am because the mass production of decent headphones hasn’t began yet. It lasts as long as a players Navy cut cigarette which anyone old enough to smoke who is offered one will accept because passive smoking like the first decent bass drum (for the would be TV repair men) is yet to be acknowledged.

Helping to maintain the preposterous idea someone had half an hour ago to make pretend its over forty years ago this four piece are maintaining the high standard they set themselves three singles ago as they trek up and around the country hoping the rest of civilisation will catch up one day. For the moment we’ll continue to imagine mid teenage youths dancing very badly and out of time to this whilst being shunted in the back by roving cameramen on the BBC payroll and wondering what a fanzine is.

This weeks number one…

All in one playlist without the cosy hip Radio one Jocks getting in the way …. (i.e. the lazy person’s version, or the for people who find pressing just one “play” button is quite enough thank you.)

…because getting a bunch of session musicians together in order to record each song and put on a 99p Woolworths album is still a preposterous thought even today.

Mind you, now the thought hasentered our heads …

~
All words by Keith Goldhanger. More writing by Keith on Louder Than War can be found at his author’s archive or you can check him out on twitter where he uses the handle @hideouswheelinv.