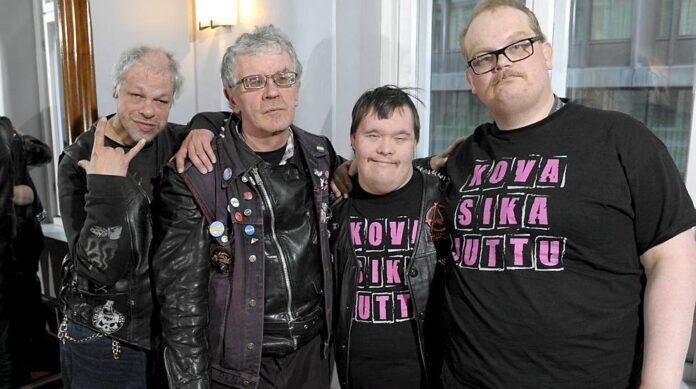 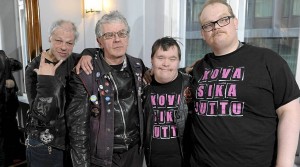 They can’t play! He can’t sing! Call that music?

Well, yes. We do. It is the latest in a long tradition of raw, basic punk rock where enthusiasm has counted for more than technical ability. Punk Rock has always been about Freedom of Expression and the fact There Are No Rules and Anyone Can Do It!

PKN might well be seen by the public at large as a Novelty or worse, still a Joke. There is no doubting there is an inadvertent comic element to their performance. But no more so than watching The Exploited or The Damned gurn their way through a live performance.

But musically, ‘untutored’, teach-yourself-to-play, punk rock dates back decades and here’s the proof – Ten Great bands who “couldn’t play”, taught themselves by trial and error,  couldn’t sing … and didn’t give a shit!

Attitude over ability for sure in their first year, before they decided to go for a sparser reggae sound.

A typical Roxy punk band from 1976 / ’77. Out of tune, out of time but still making history and having fun and ‘saying something’.

Two members of whom release a new album this year (as Nightingales on Louder Than War Records – review here.) Amateur Wankers is the title of their posthumous compilation as The Prefects.

Siouxsie and the Banshees

This is a rough tape of their  debut at the 100 Club with Sid Vicious on drums. 20 odd minutes of unrehearsed, spontaneous racket which became legendary.

The greatest untutored or self-taught band of all-time? One side of their debut single.

Manchester Punk scene hanger-on and legend in his own lunch-hour.  Lack of talent was never an obstacle in those heady days.

Taken from Spiral Scratch. The guitar is a stuttering buzz, the drums like an encephalograph gone haywire, the singer is jerky and twitchy – who would know that this band would become the perfect pop group; the Beatles of their generation.

Infamous for their Part-Time Punks EP and song. This is the B-side of their first single, where tunefulness and being in time was not their forte.

Fatal Microbes
Another one that annoyed parents all over the UK . Out of tune? Nah. Beautifully melodic compared to much of what would come in later years.

…and here are PKN again, in all their minimalist, to-the-max, naïve-punk-rock glory.