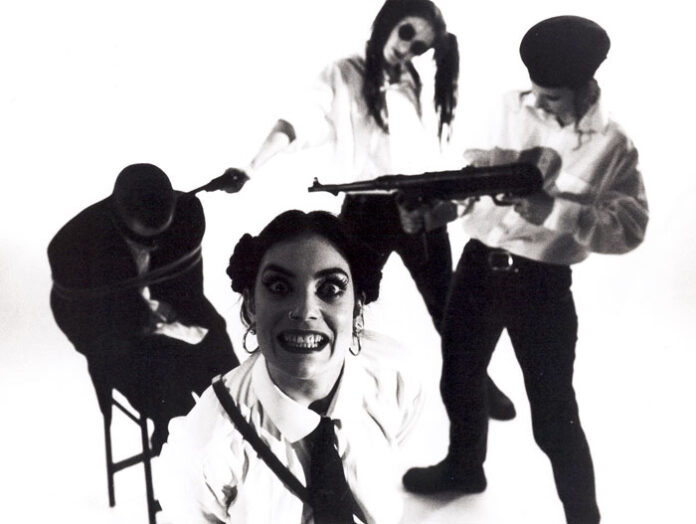 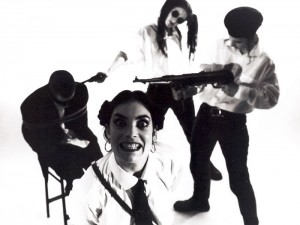 Ged Babey’s top ten great lost female bands from the 90s who were NOT Riot Grrrls.

The return of Sleater-Kinney, Babes In Toyland and L7 has prompted a few broadsheet retrospectives about Riot Grrl like this one in the Guardian and this one in the Independent and programmes on Radio 6Music like this.

The pop-historical narrative seems to be being re-written to say that the only female bands that mattered were Riot Grrl bands like Bikini Kill, Huggy Bear and Sleater-Kinney.  Grrrls by association L7 and Babes In Toyland are included to add padding, and the only participant who broke into the mainstream is Beth Ditto

Now I’m not dissing the movement or those bands for one second. They were all brilliant and much-needed at the time. They are historically important.

But revised, clearcut, bite-size histories miss out the full picture. There were loads of bands around in the late 80s and 90s who were all-female, mixed-gender and female-fronted and all deserve credit – based on their musical output, irrespective of how they defined themselves or not as the case may be.

Being a woman in a male dominated business was and still is a feminist act in itself. From Fanny to the Runaways, the Slits to Girlschool and thereon in.

Anyway, here are my ten personal favourites female bands from the Nineties who were not allied to Riot Grrrl but ‘kicked ass’; some you’ve probably never heard, but all of whom were magnificent Queens of Noise.

Only ever released one single Pour It Down Your Throat/Gasoline.  Appeared on a Janet Street Porter TV programme called FSD and were like the Shangri-La’s From Hell.  My favourite band  in the history of the world ever.  Recently got back together and played in their hometown of Edinburgh.  Hopefully there will be more gigs.

Two albums on Twin-Tone. From Minneapolis. I met them when they played Southampton and used to write to the drummer, who now plays with her husband Steve Wynn in the Miracle Three. Singer Laurie later married Paul Westerberg. Celebrity-indie-rock partners aside ZuZu’s Petals were one of the greatest bands I ever saw. Garage Punk meets the Ronettes via the Raincoats.

Kurt Cobain famously wore a Dickless t-shirt. I heard them on John Peel before that. They didn’t ever play the UK as far as I know. A unique rasping vocal and the best name for a ‘chick band’ ever.

Never saw them live. Loved their records. Seem to remember them being tagged as ‘a female REM’.

Rollins signed them to a specially formed label called Human Pitbull and described them as playing like noble savages .  They toured with Iggy and bizarrely appeared in the Pamela Anderson movie Barb Wire. Sam and Rita were from the Hook’n’Pull Gang (MkII) and they had a drummer whose kit was emblazoned with the slogan Token Male.

Oxford band made up of Goths, greebo-punks and rocker girls.  They had a brilliant attitude and whilst supportive of the ideals of riot grrrl they didn’t want to be thought of as jumping what seemed to be a bandwagon.

Signed to a subsidiary of Acid Jazz and fronted by former March Violets singer Cleo.  Lovecraft were pure sex.  Loads of mascara, denim and leather. Unashamedly femme fatale and rock chick but a bit more knowing and great musicians.  They wanted to be the Stooges, but were probably nearer the Cult.  Great cover versions of Neil Youngs Fuckin’ Up and Lou Reeds Kill Your Sons.

Formed in 1986 if not before and featuring Rose and Rachel, the two sisters of Bunnyman Pete De Freitas.  Simply a great, intelligent pop band who rocked.  Should have been massive.  Three great albums on One Little Indian who possibly spent too much time on Bjork and neglected The Heart Throbs and label mates the Popinjays.

A female band? Ok, there were three blokes in the band but Lesley Rankine was the heart and soul of Silverfish. An unforgettable live experience and a great t-shirt; Hips, Tits, Lips, Power.

Same goes for Solar Race, no disrespect meant to the guys in the band, but this was Elidh Bradleys group (RIP) – a wonderful band, constantly compared to Hole & Nirvana.  Labelmates of Stone Roses on Silvertone. Produced by Albini.

Oh and there are loads I could have included; Daisy Chainsaw are a glaring omission. … Magnapop,  Sunshot, Thrush Puppies, Lush, Belly, Throwing Muses, Aquanettas, Lunachicks, Bandit Queen , Sister George … and so on. Feel free to moan in the comments.

Next time your at a record fair or going through the bargain bins -remember the names of these great lost bands.

(With thanks to the original people who uploaded the video-clips)