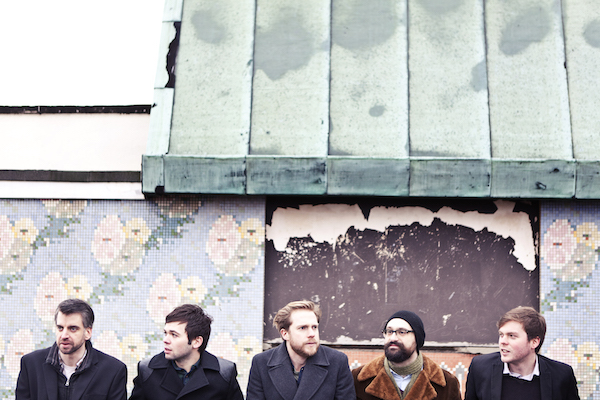 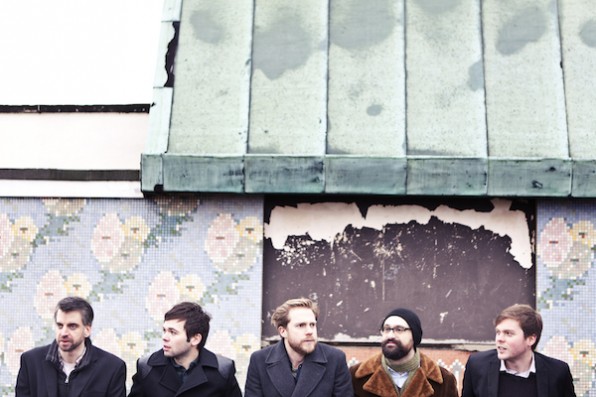 Scottish indie-folk collective Broken Records have been around for nearly eight years now and in that time they’ve seen their reputation for finely honed, all consuming, emotionally charged and, “sweepingly grandiose” music go from strength to strength. A future when these guys don’t utterly smash it is frankly inconceivable – and when they do they’ll know they’ve done it the hard way, by perseverance and a wholly justified belief in their music.

The band recently released a new single, taken from their third long player Weights & Pulleys, which you can check out below. We asked the band to put together a playlist of their favourite cover version which you can find below the track, along with a short explanation as to how they picked the tracks.

Oh – and don’t forget to tell us what your favourite cover versions are in the comments section below!

We don’t cover songs live as a rule, though we have done a few in the past for radio sessions or charity shows. They’re always fun to do and whenever we’ve done them we try and change things around a bit and make them our own. In some cases the original will always be the definitive version of a song, but the playlist of covers below are versions that are either interesting interpretations where they’re radically different, versions that have inspired us more than the original, or if similar to the original they’re just done really, really well. Enjoy!

An old wartime anthem of the French Resistance with many different cover versions, Leonard Cohen’s being one of the more famous.  While Cohen’s version is a stoic lament, the Electrelane version is a screaming call to arms! This is probably my most favourite cover of any song ever.

The Suicide version of this song was an influence on some of our writing for the last album (though you may not hear it in the finished results!).  But we’re Boss fans too and this is a great version.  We don’t generally do covers live ourselves, but we do occasionally tack on a few bars of this at the start of one of our own songs.

It was a toss up between this and their version of Where The Streets Have No Name/Can’t Take My Eyes Off You.  But Joss Ackland is in the video for this so that swung it!

Another Elvis one, but just a beautiful cover of a beautiful song.  The way Spiritualised sneak it into Ladies And Gentlemen We Are Floating In Space is also pretty glorious.

Beth Gibbons’ vocal on the original is such a distinctive part of the song it can be difficult to think how it could work as well sung by anyone else.  Fortunately John Martyn’s voice also fits this bluesier version perfectly while still keeping the brooding intensity of the Portishead version.