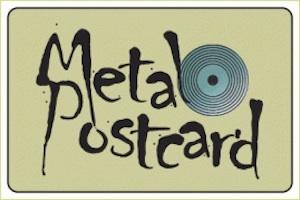 Sean Hocking of the Hong Kong based and very excellent Metal Postcard label jumps a continent to give us the lowdown on some of best bands plying their trade in India at the moment.

I was reminded it had been a while since I last knocked up a top 10 for Louder Than War so here goes.

The Chinese government is cracking down left right and centre at the moment on anything that seems to smack of contemporary western culture so the music offerings out of the middle kingdom have been desultory to say the least. On the other hand, India is on fire with music scenes popping up in Calcutta, Delhi, Mumbai. Pune & Bangalore and I’m told the hardcore scene in Kathmandu is something to behold.

If you want to know more about the Indian punk scene the man to speak to is Rishu Singh (Find Rishu on Facebook) who is a tireless supporter of the subcontinent’s underground music scene and is putting on India’s first ever punk festival in Goa later this year (The New Wave Musicfest.)

So without any further ado, here are 10 videos of current Indian bands. They’re in no particular order although this first one by the vinyl Records from the Himalayas is a personal favourite – and it’s also been released as a 7″ on Metal Postcard. Reminds me somewhat of early Blondie, The Adverts and even Girlschool

Four young women from Assam with the best “statement of intent” record I’ve heard all year. If there was justice this would go straight to number 1 worldwide.

Get the 7″ from this link on Metal Postcard.

I know nothing about this lot but it is a great video with a primus like bassline and it’s all about going to the fish market in order to knock up a great curry.

Unfortunately these guys have now split but this 60s vibe on pop punk really works well and actually endears me to a genre that i’ve never been a particular fan of.

Zoo out of Calcutta have just released their debut album, “Atoms & Combinations” on Metal Postcard. Their touchstones are 90s British artists like Moorcheeba & Massive Attack and you’ll also hear touches of the softer end of Aphex Twin and Drum ‘n’ Bass sounds as well as hints of one Amy Winehouse in the vocals of singer Tanya Sen. A few years ago you wouldn’t have heard anything like this coming out of the subcontinent. Only Calcutta could produce music like this in Asia.

Out of Delhi come Fuzz Culture with a bit of a cleaned up Prodigy vibe. They seem to go for it though so that’s good enough for me.

Ok we’ve heard it all before but did you know there was a grindcore and death metal scene in Mumbai!

More Nepalese punk that reminds me of those Sunday afternoon sessions at the Lyceum back in the late 70s.

Post Punk lo fi sounds from this Delhi based outfit:

All words by Sean Hocking. You can read more by Sean on Louder Than War here. His label, Metal Postcard, can be found here.