In this blog Dave Jennings explores the music industry’s reaction to the “very real fears of nuclear holocaust that existed during the ”Ë70’s and ”Ë80’s” by way of a “Top Ten Anti-Nuclear Songs” from the era.

Whether you like it or not politics and music are intertwined and have been since the Medieval Church first encouraged use of chant. We can trace this through Renaissance, Restoration and 19th Century Folk so there’s nothing new here. My political education came through music and I’m grateful for it. Growing up listening to punk music during the last decade of the Cold War and with the most aggressive British Government of the 20th Century under Thatcher, it was unsurprising that protest songs would figure strongly in my record collection.

The theme examined here is the very real fears of nuclear holocaust that existed during the ”Ë70’s and ”Ë80’s. These were heightened with the swearing in of US President Ronald Reagan in 1981 and comments he made about the possibility of a limited nuclear conflict in a European ”Ëtheatre of war’. A couple of songs below predate his presidency anyway and history now leans towards a more benevolent view of Reagan as an architect of dÃÂ©tente, but I still have my doubts. Whatever the truth, there’s no getting away from the fact that many artists felt the threat to be real enough, as did their audience so I’ve put together a personal selection from a 5 year period from 1980.Maybe the Europeans in the ”Ëtheatre’ weren’t too keen to see the President’s production after all.

A Number 1 track and a fascinating study into pre-internet hype/fashion contagion, Frankie Goes to Hollywood burnt briefly but incredibly brightly in 1984. In contrast to today’s over-hyped, under-talented media playthings, Frankie couldn’t be described as anything besides their own creation. Would a band with such influence, albeit temporary, make such a worthwhile comment as Two Tribes today? A great video which was unsurprisingly banned featured an increasingly vicious fight between US President Ronald Reagan and Konstantin Chernenko, leader of the Soviet Union.

Another artist from a far too long list of neglected or ignored British talent, TV Smith found that success with The Adverts was no guarantee that those who ”Ëmatter’ in the industry would support him afterwards. The lyrics are self-explanatory really, ”ËYou choose/Between living and Tomahawk Cruise’.

From the For Madmen Only album, in typical Decay fashion we’re taken through the reality of a nuclear holocaust by way of lyrics which could have been sneered by Macbeth’s witches; Hubble-bubble/Toil and troubled/House burns/Bodies Bubble

Written and recorded whilst XTC were still a major touring band and suffering the ”Ëwrite, record, tour’ pressures that accompanied it at that time, this is a remarkable achievement. ”ËGenerals and Majors’ was a temping choice for this slot, but the combination of a punk style Latin-American rhythm, infectious melody and power house drumming with Andy Partridge’s dry yet cutting lyrics means ”ËCuba’ gets the slot (even if he is a year out with the date).
”ËIt’s 1961 again and we are piggy in the middle/War is polishing his drum and peace plays second fiddle’.

I was faced with a choice from the hugely under-rated Strawberries album, ”ËBad Time For Bonzo’ or ”ËGenerals. While ”ËBonzo’ is undoubtedly a classic, it’s a critique of Reagan in general whereas ”ËGenerals’ leaves no one in any doubt; ”ËAnd only the wounded remain/The generals have all left the game/with no will to fight/ They’ll fade with the light/the whole world is going insane’

One of JJ’s all time classics, this references such issues as AIDS, the Palestinian crisis, the aftermath of WW2 and nuclear holocaust. Benefitting from the light touch of Dave Greenfield on keyboards, this is the standout track for me on Aural Sculpture.
”ËI used to dream about destruction/ But now that I feel it getting near/I spend my time watching the ocean/And waves are all I want to hear’

Reagan’s past as an ”Ëactor’ in Westerns was used as imagery a number of times during this period and this is the first of two on this list. From the album Steeltown, possibly one of the highest selling yet most misunderstood albums of the period, Stuart Adamson offers his usual blend of clever lyrical imagery with masterful guitar licks to present the nightmare scenario of a stranger who has lost his people convincing others to follow him.

”ËHis eyes were full of demons as he made his message clear/He strode the world like Caesar, with a Trident held his fear’

Similar theme- lyrics inspired with the Western feel and measured, yet irresistible guitar work. I remember listening to Kirk Brandon talking through the lyrics on Radio one Saturday afternoon. It’s a haunting, memorable and ultimately chilling testament to the dangerous times in which it was written. It’s also a bloody good song from any period.

Is there a better moment at any Punk festival/all-dayer than when the Subs launch into this in front of a packed crowd? It’s still a classic when played to smaller audiences and has lost none of its power and impact from its first release. On reading the lyrics today, you are also struck by how frighteningly reminiscent they are of the political madness that still infests the world thirty two years after the song was written.

All words Dave JenningsMore articles by Dave can be read here. 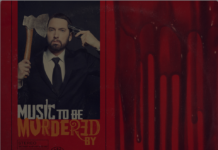 Stealing All Transmissions: A Secret History of the Clash by Randal...

February 19, 2015
We use cookies to ensure that we give you the best experience on our website. If you continue to use this site we will assume that you are happy with it.Ok