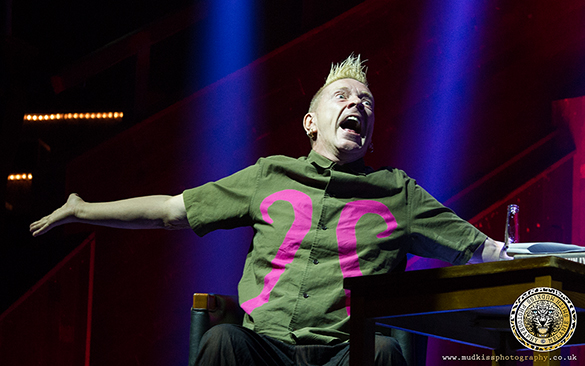 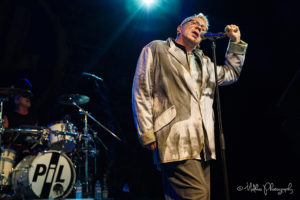 John Lydon hits 60 and it suits him.

Despite the Sex Pistollian youth droog pop culture baggage and his role in helping tear the fabric of Englands dreaming in the late seventies as the perma staring youthful anti icon there has always been something of the old man about Lydon.

Instead of the cliched you burn out of rock n roll Lydon was always something different – even in the late seventies he dressed beyond the teenage gang look of fellow rockers. 60 suits the former Pistol and with Public Image’s musical wanderings following their own instinct he is free from all the dead weight of rock career.

These 60 songs are in a rough order – this is not science – music depends on mood and there are lots of moods here from the filth and the fury of the Pistols to the angular dub of Public Image to the collaborations to the new sound of the new PiL.

3. Sex Pistols ‘Anarchy In The UK’ The call to arms that changed everything

8. PiL One Drop proving there was still life in the old dog with the recent comeback PiL

9. PiL Flowers Of Romance One of the weirdest top 30 singles ever and oddly catchy. Fantastic clatter.

10. Sex Pistols Satellite With the Pistols the gems could sometime be on the b sides

11. Sex pistols Submission the song on Bollocks that hints at where it could have gone…

12. PiL Rise Post Wobble/Leven PiL changed but there were still stunning moments like this piece of perfect pop

17. Sex Pistols  No Feelings – Bollocks is one of the great pop records – every song is perfect

18. Sex Pistols  EMI Riposte to the label that burns

24. PiL Religion II – and then the chords arrive –

28. PiL  Double trouble brilliantly catchy rant proving that the manic sense of humour and intensity is still there

36. PiL  Chant – hypnotised by the weird

40. PiL  Fodderstompf the disco jam at the end of the PiL debut that was  a harbinger of what was to come

48. PiL  Betty Page  ‘tapping into the inner kookyness on this hypnotic track from the What the World Needs Now album