Home Blogs Ten of the best Top 20 songs about dogs… 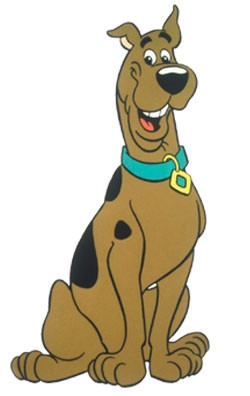 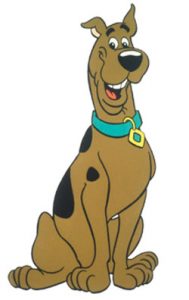 Get your woofin dog off me…

Ever since then the piece has become one of the most consistently searched for and visited pages on the site – I don’t think those reading it are our usual counter culture regulars, just a selection of twee types with too much affection for their mutt…

As such we have decided to both update and expand the feature to a full Top 20; And this time we have broadened the ‘Dogs’ theme to include not just tracks actually about mans best mate, but to be honest; anything with ‘dogs’ in the title – some of the tracks might not appeal to a mass audience, but we love em!!

2. T.A.G.C â€ËœDog Star’ â€â€œ Andi Newton’s The Anti Group Conspiracy, was an off-shoot of his legendary Clock DVA, the idea being that T.A.G.C allowed him to vent his more experimental urges â€â€œ That said he clearly couldn’t keep away from a good canine based track as â€ËœDog Star’ which was released on the 1998 â€ËœDigitaria’ album demonstrates. 3. Bunny Flip â€Ëœ Maingy Dog’- How can anyone sing about a â€ËœMaingy Dog’ surely they should be calling the RSPCA â€â€œ that said things are sweetened by the warm reggae rhythm and Joe Gibbs exquisite production. 4. John Lydon â€ËœDog’ â€â€œ Appearred on the vastly under rated 1997 â€ËœPsycho’s Path’ album; Lydon crossing ethnic patterns with a semi techno rythmn 5. Iggy Pop â€ËœI Wanna be Your Dog’ – This clip is culled from Iggy’s 1979 appearence on the BBC’s Old Grey Whistle Test – arguably one of the shows finest moments. Hving appearred on The Stooges first album back in 1969 – The lyrics allued to self loathing, alienation and disenfranchisement, hence the track was instantly adopted by the punk movement some ten years later. 6. Pink Floyd â€ËœDogs Of War’ â€â€œ Sadly not a Floyd cover of The Exploited classic; though this in itself was later covered by Laibach. Taken from their 1987 album ‘A Momentary Lapse of Reason’. Doesn’t really deal with our four legged friends instead it accuses politicians of orchestrating wars, suggesting the major influence behind war is money. 7. Led Zeppelin â€ËœBlack Dog’ â€â€œ Apparently the songs title is a reference to a nameless black Labrador retriever that wandered around the studios during the recording sessions. 8. George Clinton â€ËœAtomic Dog’ â€â€œ It ruminates on why dogs must be like that; why they must chase the cat! 9. Pulp â€ËœDogs Are Everywhere’ â€â€œ Now considered a rather obscure Pulp track, was initially released as a 12″ single back in 1986 – sometime before ‘Common People’ catapulted them to top of the charts; Jarvis clearly had a soft stop for the track as he released this version (recorded for GL Radio) as a B-side to ‘Common People’ 10. The Cure â€ËœShake Dog Shake’ â€â€œ Live version recorded for the BBC’s Oxford Road Show – Is that Peter Powell introducing? 11. Eels â€ËœDogs Life’ â€â€œ They clearly like their dogs those Eels; we could of featured ‘Dog Faced Boy’ – maybe it will make it to the Top 50 songs about dogs… 12. The Specials â€ËœDo The Dog’ â€â€œ “All you punks and all you teds, National Front and natty dreads, mods, rockers hippies and skinheads, keep onÃ¯Â»Â¿ fighting till you’re dead, who am I to say? Who am I to say? Am I just a hypocrite another peice of your bullshit? Am I the dog that bit, the hand of the man that fed him? Do the dog!!!!!!!!” 13. The Cramps â€ËœCan Your Pussy Do The Dog?’ â€â€œ Not really about a dog, but if you know anything about Lux & Ivy then it was obvious. This clip was recorded live for Tyne Tees TV ‘The Tube’ back in 1986 – I was lucky enough to be in the audience.

part 2 of top 20 songs about dogs is here