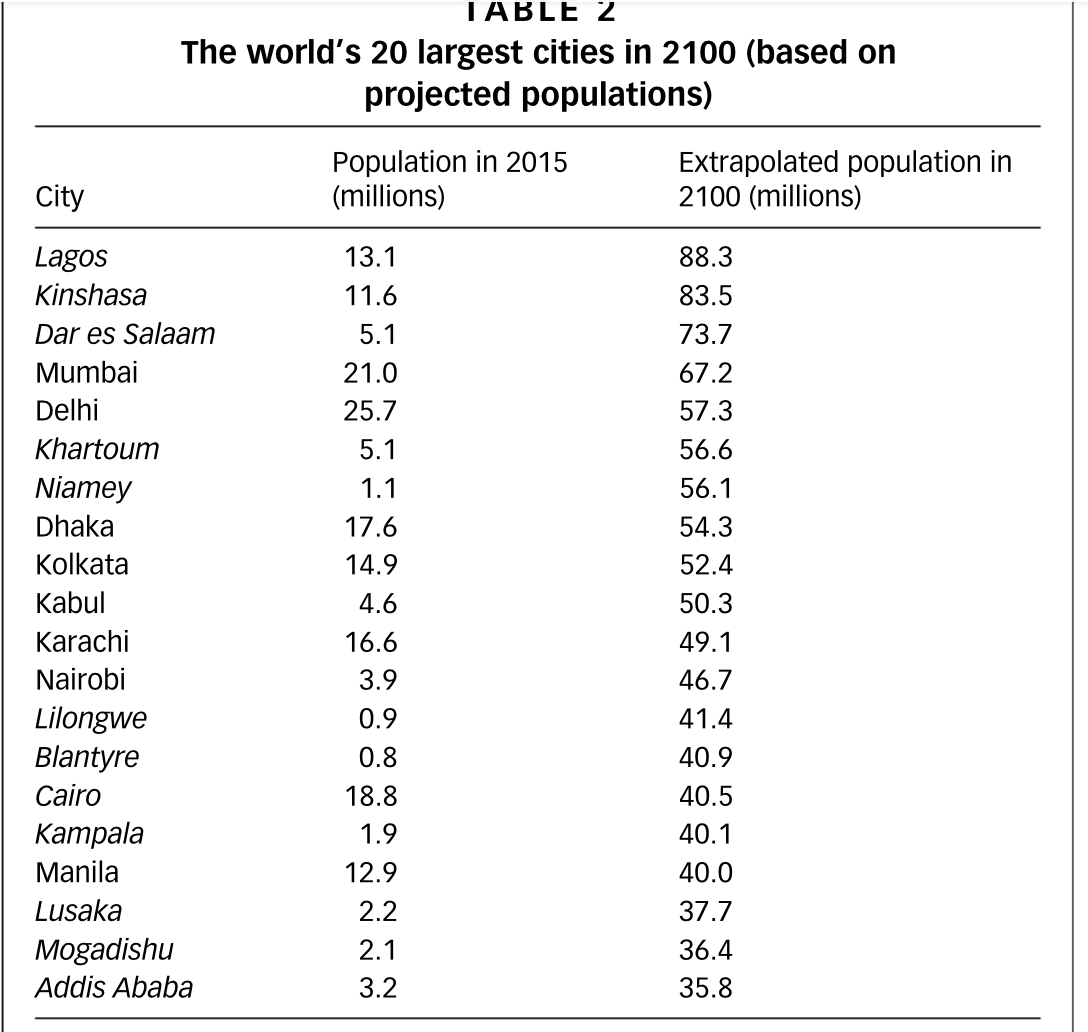 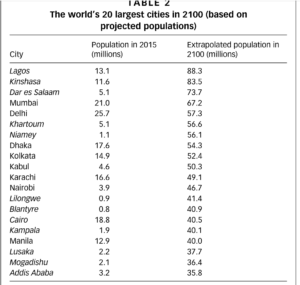 The 21st century is the century of the city.

Whilst nations hang onto popular imagination it’s the cities that are the power brokers of the future. Nation states are very much a modern construct but their importance is slipping as the real power brokers are the cities themselves…but as the years roll by the cities that people are living in is also changing fast…at the moment Tokyo is the most populous city on earth but it’s about to slide down the charts…

One of the only certainties in life are that there are no certainties.

Whilst we live in a our small corner of the planet arguing over our relations with Europe the world is getting on with business. Africa and Asia are moving fast and the UK is a distant memory. The world’s population is booming this century and whilst it’s a tricky task to guess city size certain trends point to pulsation booms in some likely candidates and in some very unlikely places – towns that are on the brink of exploding into 50 million plus population centres within decades.

Of course predicting the future is a noxiously tricky business but it’s a fascinating subject with a lot more detail from this link here.