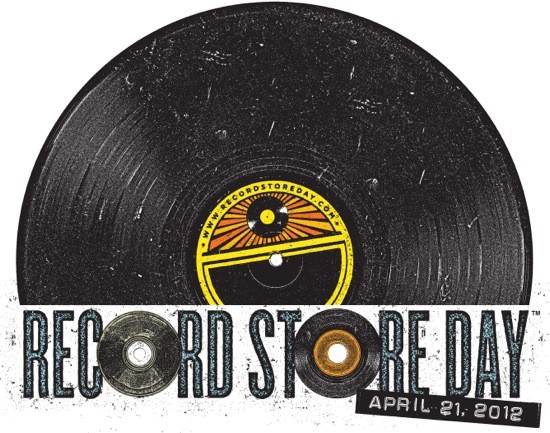 Record Store Day has turned into an insane avalanche of vinyl. From the Beatles to the Kinks to, er, Candyflip a whole rush of releases is about to fill every one of the last great shops with its wares.

At one time there was a guarantee of greatness as the underground music had the chance to shine in the underground shops, now the big boys have worked out the chance of a business opportunity things have become more blurred which is why we present you a list of top 10 must have releases (-and before anyone kindly writes in to tell me off for not mentioning my own band The Membranes, yes we are very proud of our triple AAA side noisy affair but we are far too English to brag about it on a website we run/are involved with).

Public Image Limited ‘One Drop’
In which El Rotto returns cussing and swearing at the world and then releases his best Public Image song since he was on speaking terms with Wobble and Levene. In a piece of dirty disco he intones his phlegm laden life story with a rather brilliant vocal. Quite brilliant.

Captain Beefheart ‘Ashtray Heart’
The release schedule is dotted with a whole host of off the wall classics and this late period piece from the Captain is still one of my favorites. Culled from his late seventies Doc At The Radar Station album this was the returning Beefheart who added some of the urgency of punk to his own genius, twisted vision which made so much sense to our teenage years and installed him as one of the key influences.
Inspiral Carpets ‘You’re so Good For Me’
A few months ago I went to see the re-emerging Inspiral Carpets rehearsing with new/old singer Stephen Holt and they played me this, their NEW song. A great slice of garage rock n roll with a glorious pop hook and ample proof of a band that has the innate knack of writing top songs in their own classic Farfisa style.

The Fall ‘Night Of The Humerons’
Featuring exclusive tracks the Fall still sound like the most warped garage band in the world, the last band that still reak of pubs and cheap cigs and still sound genuinely nasty and cutting edge funny at the same time.

This is where the revolution started and a new type of women emerged from the wreckage of the sixties creating a template for the seventies and beyond. Poet, priestess and rock n roll maverick who has aged gloriously into wise veteran of the form, this is Patti at her sinuous, sexy and dangerous youthful best.

Toy ‘Motoring’
Record Store Day is a great opportunity to take a risk on new, young bands even if Abba and Bruce Springsteen are releasing on the same day. Toy are already on the verge of the breakthrough and this is a greate sample of new young British talent as its best.

Luke Haines ‘9 1/2 Psychedelic Meditations On British Wrestling Of The 1970s and early 1980s’
Awkward, misfit making bludgeoning odd willfull records…and that’s just the good bit! You know when you are at a party and there is a grouchy character in the corner smirking at everyone, taking the puss and you are drawn towards them…this is what they would sound like if they made records.

Ã‚Â MC5/Africa Bambaataa ‘Kick Out The Jams’Ã‚Â
The very idea of this is enough to make you want to buy it. Two musical pioneers at bothe ends of the spectrum, this has to be a fascinating collison of noise.

Mark Stewart ‘The Experiments EP’
His recent gigs have been a revalation. His new album one of the best releases of the year so far, Mark Stweart sums up the independent spirit of this day better than anyone…

Kate Bush ‘Lake Tahoe’
Proof that being established is no barrier to being ground breaking, Kate Bush has returned making records that are as mysterious, sensual and fascinating as any in her career, infact she is probably at a peak in terms of current creativity as this song underlines.

Carter Tutti Void ‘Transverse’
Putting the mental into experimental! Chris and Cosey with Nik Void from Factory Flor in this deeply powerful and moving piece of electronic sound that sounds like nothing you have heard before, surely RSD should be about taking a chance of exploring new soundscapes…