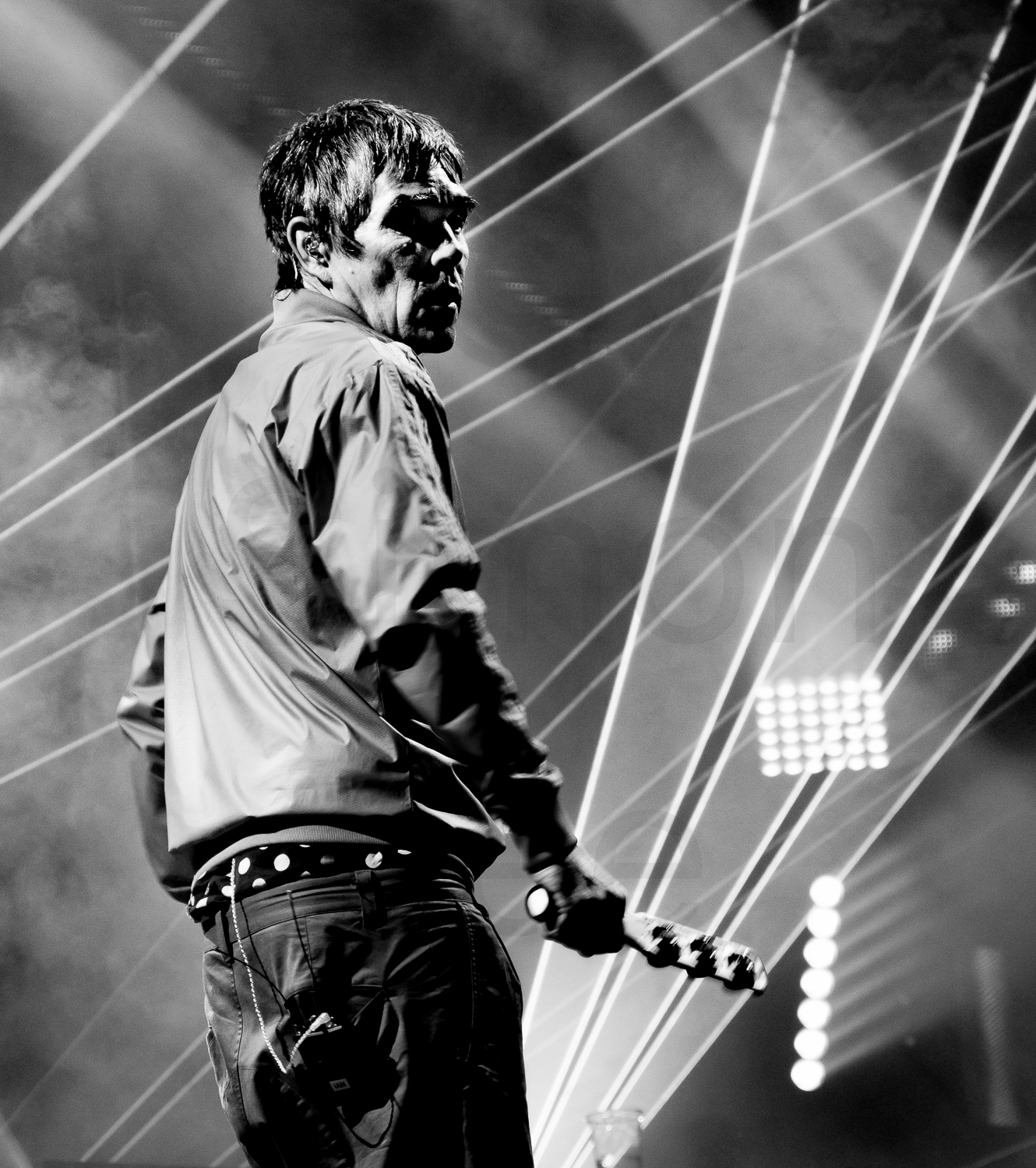 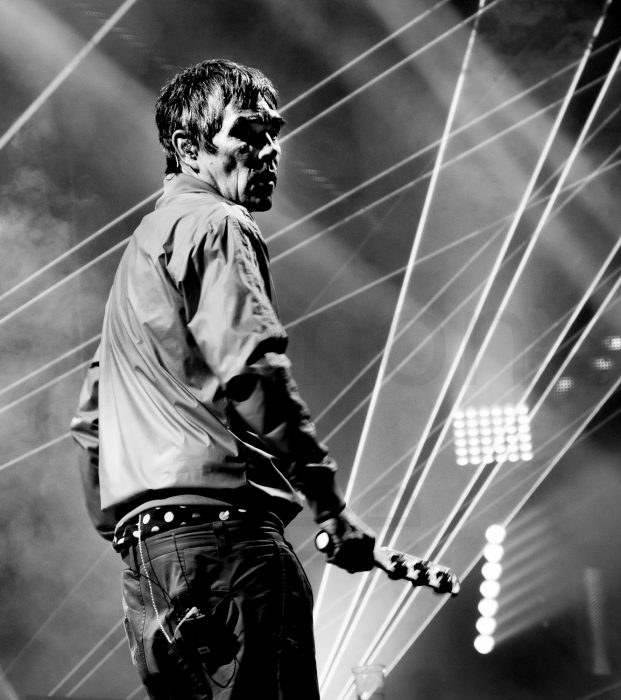 Of course, we all know about the Stone Roses love of the Beatles. Jimi Hendrix, and even led Zep but there was plenty of more obscure bands feeding into their teenage heads that were firmly important in their sound. This is a top 10 of some of the bands, who at any given time played a key part in the formation of the band’s magical sound.

Slaughter And The Dogs ‘Where have All The Bootboys Gone’

At the Stone Roses Lyon gig last year a beaming Mani entertained us by playing Slaughter And The Dogs bass lines. The Wythenshawe based punk band are one of the great lost bands of the Manchester story and are also a big influence on Johnny Marr, who even took his distinctive spiky mop hairstyle from Slaughter’s bass player.

The Roses were inspired by Slaughter and The Dogs semi-success coming from their local area- with the band coming from the biggest housing estate in Europe miles away from the city centre hipsters. Named after Mick Ronson’s Slaughter On Tenth Avenue album and David Bowie’s Diamond Dogs, Slaughter were glam thugs who were already in first gear when punk came along. They supported the Sex Pistols at the second classic 1976 Free Trade Hall and their two single ‘Cranked Up Really High’ and ‘Where Have All The Bootboys Gone’ are both punk rock classics and have never dated- they were also once managed ya young Martin Hannett and Ian Brown has memories of seeing them in the streets and being impressed by their tough image and the fact that they even had a band and recalls a demo tape handed to a mate of his dads.

A key part of the punk second wave, the Upstarts were a Sunderland based skinhead punk crossover band led by the charismatic Mensi who bellowed their way through a great series of heartfelt, passionate yet powerfully melodic songs in the late seventies. Their avowed anti Nazi stance attracted plenty of bother at gigs and also a crew of young skins who hung out with the band ostensibly as roadies. One of them as a young Ian Brown, who was on the road with the band 15 or so times enjoying the chaos and trouble that seemed to follow Mensi wherever he went.

Before the Alarm, there was a band called Seventeen, who were a brief vehicle for the Welsh band as they explored the scooter/mod scene that Brown and Squire were by now firmly part of. The band had a sharpish look and matching short, sharp, shock of songs that continued the punk energy of their previous punk band The Toilets but with an added immersion into the brassy pop of the sixties provided by the seven-inch collection their DJ mates in Rhyl.

Interestingly the Stone Roses early gigs were with Mercenary Skank-close buddies with the Alarm and from the same tight enclave of North Wales coastline towns.

The mod scene was just another one of the splinters coming out of the post-punk meltdown when a myriad of music scenes appeared in the complex period when the energy of punk seemed to spark off so many micro scenes.

The scooter boys were part of the audience for these bands who were really punk bands in sharp suits and the jump from the raw second wave of punk to this new clutch of groups was not that massive. Up in North Manchester, a young mani Mani was also checking out this new mini-wave of bands who sound great now like The Chords, The Purple Hearts and The Killermeters.

Todd Rundgren is a legendary presence in rock n roll and a key producer on many great records in the late sixties he broke through with Nazz, a late sixties psych group who recorded a bunch of tunes one of which, the Roses learned and played at their debut gig at the Moonlight Club in London in 1984.

The Roses were also fans of Rundgren’s solo album Something/Anything?

Open My Eyes was the only proper cover the Roses played live apart from jokey versions of Sigue Sigue Sputnik’s ‘Love Missile’ which was actually a great song and probably liked by the band of Generation X fans.

John Squire was also digging deeper into the sixties psychedelia of bands like The Misunderstood, the Nuggets albums which were a big influence on many young bands in the period, The Electric Prunes and the fantastically named Chocolate Watch Band.

Generation X were never the hippest of punk bands which shows just how rubbish being hip is, as they were one of the great bands of the period- perhaps having a good looking singer is bad for cred points but their razor-sharp anthemic punk songs were thrilling and powerful and when they fell apart half the band became the little known Empire who released a great lost album Expensive Sound, that was very big with John Squire and Pete Garner.

If you listen carefully to Empire (feature on LouderThan War about the band here) you can even hear a big echo of the early Roses in their that kinda glam tinged melodic anthemic rock with a highly intelligent twist and great guitar playing but with swooping melodies and interesting guitar sounds.

Not enough people recognize him as the great talent he was/is but John Squire and Pete Garner did and wax fondly about his to this day.

Curiously Empire were also a big influence on the about to arrive Washington DC hardcore scene and especially straight edge heroes Minor Threat and by extension the Emo scene- a curious position of an unknown band with a huge influence.

Arthur Lee’s Love are a known influence on the band after they were turned onto the group by their first manager Howard Jones excellent record collection. Love always seemed huge in Manchester, where they are still feted like gods but they never managed to break the mainstream despite being the key trips band in LA in 1966 before being superseded by the Doors. Arthur Lee was one of the rock n roll legends that went over the edge but somehow reigned it in enough to create Love alongside the other talented songwriters in the band and their melancholic tinged guitar pop with orchestrations sounds classic now and you can really hear their influence on the Roses. That combination of gentleness and danger and brilliant melting melodies is all here.

The wonderful Dukes were a spin-off from XTC and who, as a side project, pretended they were some long lost psychedelic band from the sixties and recorded a couple of albums that were so faithful to the sound that many were fooled by their brilliance. Mani was the big fan of the band and brought the album into the tight inner circle- noting that it was produced by a certain John Leckie eventually set the band up on a hunt on the producer who would become so key in their future story. This song, 25 O Clock, could almost even be the Roses in parts…

The Paisley underground was a psych revival that arrived just in time for the Roses own personal trip. The Rain Parade were a particularly big influence on the Roses with the chiming guitars and vocal style. The mid-eighties scene of bands like The Rain Parade , Green on Red, The Three O’Clock , The Long Ryders or John Squire personal faves The Chesterfield Kings were creating an eighties psychedelia that may have lacked the madness of the sixties renegades but opened the doors to new voyages for the dazzled young British minds who would take their own journey and eventually create a superior trip of their own in 1988/89.

Reni arrived into the Roses fold with a very different raft of influences from his new partners in crime. An avowed rocker, he had been inspired when one of his best mates ended up getting the drum job in AC/DC. With a deep love of the classics, Reni spent about six hours talking to me about the Beatles last year in his hotel room in Budapest. he had grown up with the rock- ‘east Manchester was always about rock and metal’ Ian Brown once noted and Reni brilliantly swerved fashion with his love of Ian Paice of Deep Purple, UFO, AC/DC, Thin Lizzy and Van Halen as his initial favourites when he joined the band.

He later explored the polyrhythmic funk of the genius Parliament Funkadelic – a real rockers favorite and the molten grooves of the genius Sly Stone adding a whole new element to the band’s sound.