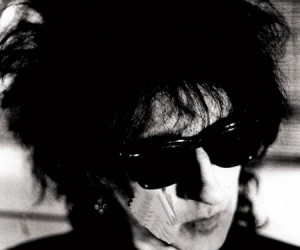 As part of their ”œPunk Britannia’ season, the BBC celebrates punk performance poet legend John Cooper Clarke through BBC4 documentary ”Evidently John Cooper Clarke’ and a month of Radio 6Music specials. Few artists could draw such vocal and heartfelt appreciation from a set as diverse and rich in talent as Steve Coogan, Alex Turner, Stewart Lee, Pete Shelley, Craig Charles and Wilko Johnson, the list goes on. Indeed, John Cooper Clarke remains enshrouded in mythology and enigma, an English eccentric in lieu of Jake Thackray and Edith Sitwell, yet simultaneously a cornerstone of punk with an enduring influence on British lyricists, poets and comedians. Here, LTW looks at the ten best John Cooper Clarke poems.

I Don’t Wanna Be Nice ”One of the more upbeat compositions made to accompany Clarke’s poetry, the delivery of the recorded version of ”IDon’t Wanna Be Nice’ veers startlingly close to a sung melody. Perhaps an indication of what would have happened if John Cooper Clarke shunned poetry to sing in a band, the artful defiance and proud cynicism of “a friend in need is a friend in debt” creates one of Clarke’s most compelling creations.
Best line: “I don’t want to be nice; I think it’s clever to swear. Better seek some sound advice; better look elsewhere.”

You Never See a Nipple in the Daily Express ” The spitting vitriolic charm that defines John Cooper Clarke is typified here, in one of Clarke’s earlier poems from the pre-punk days. This is a humorous riposte of the faux outrage and moral panic of the right-wing newspaper the Daily Express, with its ”angry columns’ that ”Scream in pain’ and the ”Ëœletters that lust after immigrants blood’ from the vacuous readership.
Best line: “This paper’s boring, mindless and mean. Full of pornography, the kind that’s clean. Where William Hickey meets Michael Caine again and again and again and again”.

I Wanna Be Yours ” An odd staple of many wedding ceremonies, ”œI Wanna Be Yours’ was the first JCC poem to make the GCSE syllabus in 2002, and inspired a young Alex Turner to the art of the well crafted verse. ”I Wanna Be Yours’ explores and explains in beautifully plain speaking the feelings of love and want often so hard to articulate. John Cooper Clarke at his least guarded, and most personal.
Best line: “”I wanna be your electric meter, I will not run out, I wanna be the electric heater you’ll get cold without”.

Majorca ”A playful ode to the package holiday, ”Majorca’ is a social comment on the influx of holidaymakers to Spanish holiday resorts in the 70s, where ”Ëœthe guitars rang and the castanets clicked’ whilst ”the Double Diamond flowed like sick’. This vibrant juxtaposition is the essence of John Cooper Clarke’s observational genius.
Best line: “Mother’s Pride, tortilla and chips, pneumatic drills when you try to kip”

Beasley Street ”The reason why people hold ‘Beasley Street’ in such affection is down to the Beasley Streets that we all know, the “fully furnished dustbins” that lurk in provincial Northern towns or London outskirts. With almost Dickensian colour and flare, JCC captures the very essence of the kitchen sink melodrama of Britain’s most poverty stricken areas, whilst raising important questions about their existence and the nature of people’s attitude towards them simply by holding up a mirror. The often divisive production that Martin Hannett brought to John Cooper Clarke’s poetry works to best effect here, complimenting the dark undertones and careful alliteration of “in an X certificate exercise ex-servicemen excrete”.
Best line: “People turn to poison quick as lager turns to piss, sweethearts are physically sick every time they kiss.”

Psycle Sluts (Parts 1 and 2) ”â€œ John Cooper Clarke’s observation on all things fetish and smut is painted with perfect alliteration (“delightfully disciplined, dumb but deluxe deliciously, deliciously deranged”Â) and the glorious word play of “tires are knackered, knackers are tired”
Best line: “The burger joint around the bend where the meals thank Christ are skimpy. For you that’s how the world could end ”â€œ not with a bang but a Wimpy.”

Twat ”â€œ ”ËœTwat’, (certainly not Clarke’s first or last foray into the four letter realm), is one of JCC’s angriest yet most perversely charming poems. A relatively simple yet typically colourful condemnation of an unnamed individual; all the best components of Clarke’s work are found here. The gutturally nasal Northern machine gun verse of John Cooper Clarke, as full of vitriol as it is humour and irony, is as inimitably his own as the black hairspray explosion and 28 inch waist black drainpipes still omnipresent at 63 (63!).
Best line: “You went to a progressive physiatrist, he recommended suicide before scratching your bad name off his list and pointing the way outside.”

Kung Fu International ”In which I get beaten up’, introduces John Cooper Clarke to this poem on its live recording. One of Clarke’s more playful numbers, this is the jocular tale of take away violence at the hands of an ”Ëœembryonic Bruce Lee’ was released as a b-side to single ”Post War Glamour Girls’ in 1978, and its light hearted nature echoes the nightclub circuit in which Clarke cut his teeth before the punk era.
Best line: “I pleaded for mercy, I wriggled on the ground. He kicked me in the balls and said something profound”

Are You the Business? ”A lesser known Clarke number but amongst his most literary and witty, ”Are You the Business?’ is a barrage of questions from the subtle to the absurd, each one laugh inducing and perfectly crafted.
Best line: “Did Bob Marley like the odd smoke? Was Jesus Christ a decent bloke?”