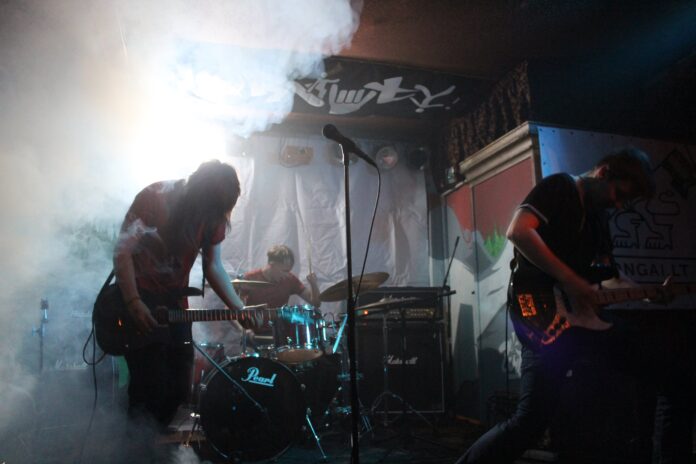 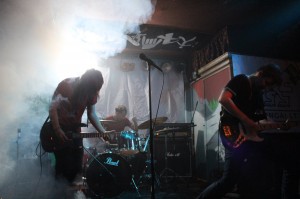 In the old days pop culture was driven by the anglo American axis and whilst that still holds true to a certain extent the world is full of great cutting edge music.

Last week, at a music conference in Lithuania, we saw and heard some great music and asked a local journalist, Karolis Vysniauskas, to pick his top 10 upcoming bands from the country and the standard and variation is really high- some great stuff here- listen on…

NO REAL PIONEERS – facebook
In my opinion, the most promising new band in the Lithuanian underground scene. This is their only recording so far, but the quality of it is stunning. They recorded the song at Ymir Audio, the studio in Vilnius established by three Norwegian musicians who moved to Lithuania few years ago.

RASABASA –  facebook
The synthpop band formed by the musicians from the Ymir Audio studio and a Lithuanian singer Rasa Bubulytė. The guys used to play in hardcore and metal bands, Rasa was participating in various projects ranging from folk to jazz, but now they make spacy, nostalgic pop. If you like what you hear and you want to know more about the band, this is my English interview with Rasabasa’s main songwriter and producer Snorre Bergerud.

VERSLO RIZIKOS REZERVAS (or VRR) – bandcamp
Started in 1999, VRR is one of the oldest indie bands in Lithuania that is still going strong. Their sound is inspired by Madchester bands like Happy Mondays. This year their EP was released by a dutch label Bordello A Parigi. The band’s name means “Business Risk Reserve”.
https://verslorizikosrezervas.bandcamp.com/

OBŠRR – bandcamp
Dark electronic music is getting more and more popular in Lithuania. This guy is at the top of it. He lives in Vilnius, creates music in his room and releases it on limited-edition cassettes.

COLOURS OF BUBBLES –  Facebook
The most popular Lithuanian indie rock band at the moment. They are from Šiauliai, the town in the north of the country which is often called “Lithuanian Manchester” because of the amount of guitar bands coming from it in the last decade.

SHEEP GOT WAXED – soundcloud
The jazz-punk trio known for their raw energy at live shows. They chose that name for a reason.

KAMANIŲ ŠILELIS (“THE PINEWOOD OF BUMBLE BEES”) – facebook
The young experimental folk duo based in Vilnius, already famous for using rare world music instruments like mouth bow or didgeridoo at their live shows. Sometimes they make their own instruments. This year they released their debut album “Viskas teka” (Everything Flows). Their name means “The Pinewood of Bumble Bees”

KING SLEEP – soundcloud
One of the hardest-working young electronic music producers here. We’re still waiting for his first proper album but I already like what I hear on Soundcloud, though it’s only demos.

ALINA ORLOVA –  facebook
The Lithuanian-Russian singer-songwriter with a haunting voice. I could cry listening to her songs, really. She’s equally popular in both Lithuania and Russia. She also has a fanbase in France. Recently Alina participated in the movie The Russian Winter initiated by John Forte from The Fugees.

BROKENCHORD – soundcloud
Brokenchord is the moniker of Ernestas Kaušylas, the electronic music producer from the small town in Lithuania called Utena (population – 27,000). His remix for the Radiohead song ‘Give up the Ghost’ from their album The King of Limbs was picked for the official Radiohead remix album. He was only 18 then. His songs were also picked by Mary Anne Hobbs and played on BBC Radio 6. Now Ernestas lives and studies in Amsterdam.