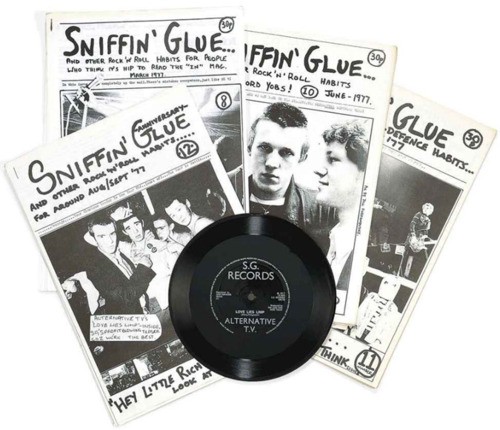 In the punk and post punk era fanzines were the key communicators, the perfect example of the cut and paste, DIY culture assault. Surviving outside the mainstream and without any rules they swiftly developed in several different directions. They were also the platform for so many people who went into the mainstream media but never lost that key attitude.

Opinionated and vicious they told a certain, personal truth and were crammed full of attitude and opinion and machine gun graphics. Of course they had been around before punk but we are dealing with punk zines and their various offshoots here.

In the early to mid eighties I was right in the middle of that scene with my fanzine, Rox. We were part of a mini scene of fanzines along with Attack On Bzag and The Legend that were influential and remarkably sold up to 5000 copies. The fanzines by then were gig promoters and propagators of a fertile underground UK scene.

Initially the fanzine was very much part of punk, the DIY subculture. If the music and clothes were a cut and paste of future and the past so was print. If you didn’t have any access to the media you just got a pair of scissors and a Pritt glue stick and created your own. Need a heading? then rub down Letraset. There were no rules, the layout was anarchy and the blur of images was a perfect mirror of the times.

The daddy of them all. When someone brought a copy of Sniffing Glue to school in the punk era it was a key moment. The idea that you could create your own media was revolutionary at the time. With its hand written sections and badly typed missives Sniffing Glue was massively influential. It was also brilliantly written by editor Mark Perry and co editor Danny Baker, Ã‚Â full of passion and spiky humour and would form the basis for a massive print subculture and was as influential in its own way as the Sex Pistols ‘Anarchy In The UK’. Arguably the best of the early eighties post punk scenes, Vague was a major work. It was thick, well bound and full of massive sprawling articles on pre fame Adam And The Ants, the proto Goth scene, squatting, anarchism, Apocolpyse Now and long road stories. It felt radical and dangerous and was a portal into punk becoming a lifestyle. Editor Tom Vague was bang in the middle of an emerging subculture that would soon be mislabeled Goth, he was there at a time when it was radical and thrilling and reflected it in his superb writing.

The Farm frontman Peter Hooton’s zine combined terrace culture and music that would become a massive influence on the future football fanzines and on Loaded/ lad culture journalism of the nineties. Pithy, funny and really written it was a portal not a world of terrace styles and it’s post punk soundtrack from the vantage of Liverpool. Recently reprinted as a compendium by Sabotage Times website. 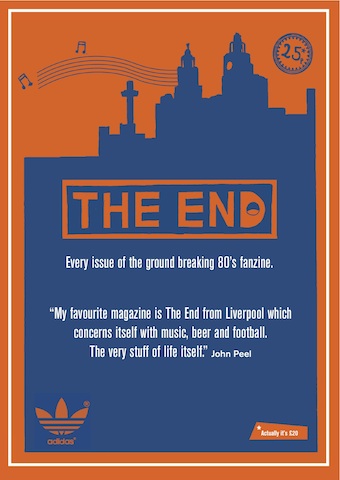 The best fanzine in the acid house era, it continued the DIY spiky punk rock ethic into the new culture and was witty and full of attitude that captured the smarter end of the rave scene.

5. ‘the Clique versus the bleak’

Loathe as I am to mention my own endeavors my fanzine of was part of a mid eighties enclave of zines along with James Brown’s Attack On Bzag and who would go on to edit Loaded and Everett True who would go on to Melody Maker and was the editor of The Legend. The three zines were the ultimate in cut and paste graphics, spiky and enthusiastic with geurilla lay outs and a 24/7 lifestyle that would become the template for a whole scene that emerged at the time. 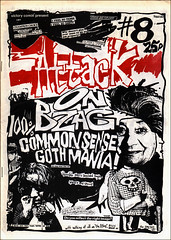 One of the key texts from the punk squat scene that flowered in London after the punk explosion. Fierce graphics and a fiercer attitude made this a key zine. 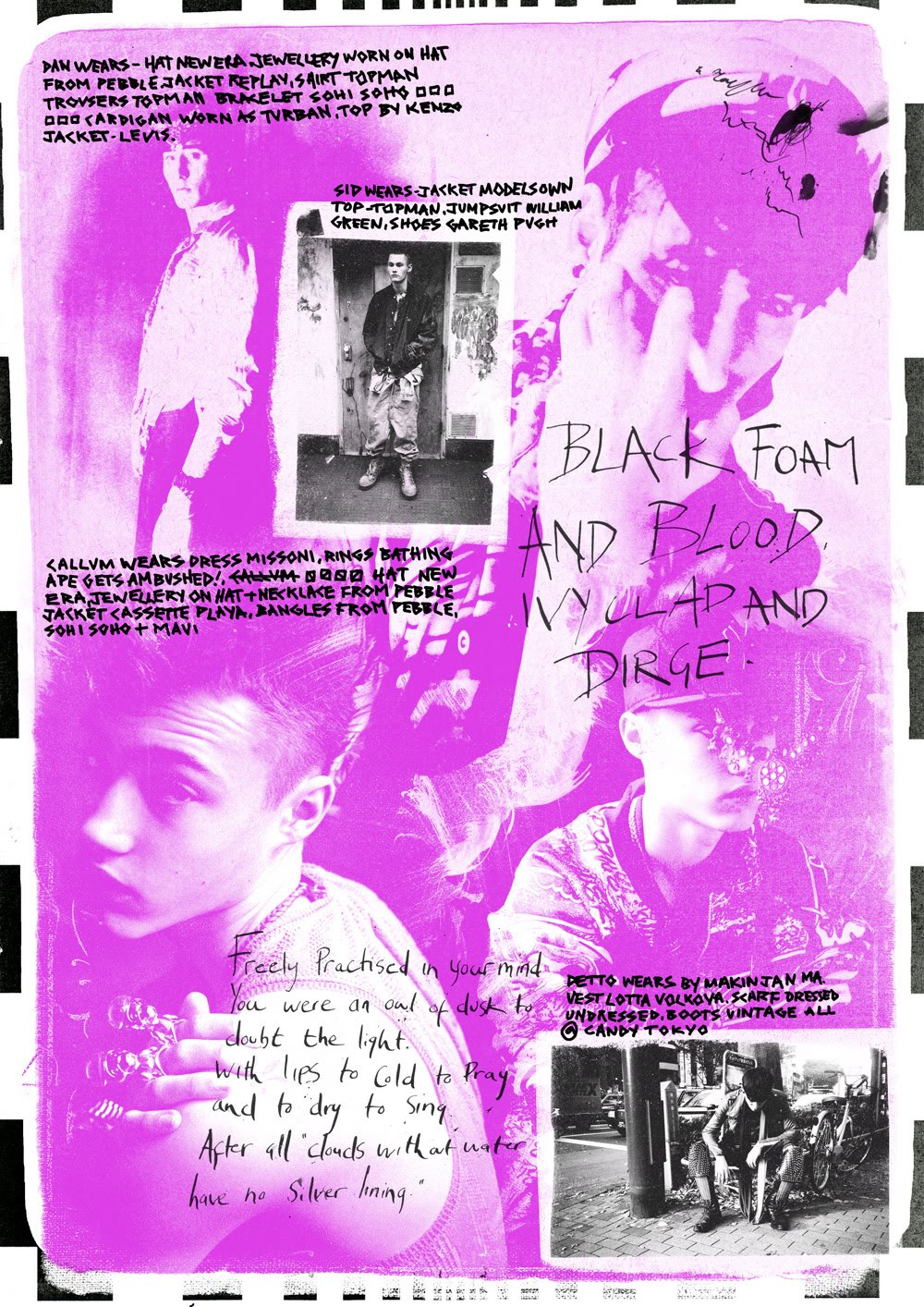 Karen Alaze was around in the eighties Manchester band scene and her fanzine would become one of the best documenters of the Riot Grrrl scene- a scene that was one of the last great flowerings of punk rock DIY culture and much misunderstood by the mainstream.

The bible of American punk and post hardcore, really well written and full of the fierce independent attitude that defined all the best fanzines. It ended u being a major worldwide distributed magazine without losing any of it’s attitude, a great fanzine, now defunct Ã‚Â unfortunately.

Music journalist Simon Reynolds glossy publication was the best of the clutch of well printed and more earnest publications that emerged in the mid whites. With lengthy theoretical articles and an eye for ground breaking music, Monitor was always thought provoking and unusually for a fanzine at the time it was well laid out and easy to read…. 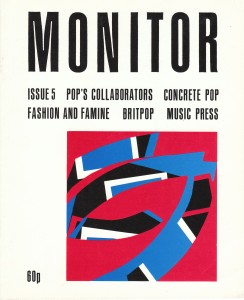 The best document of the American post hardcore band scene. Crammed full of information and a fans eye view of that great flowering of American music fire by punk and yet to be crushed by the major label rush after grunge.

The key journal from the American punk scene that somehow tied together the mass activity the occurred on the continent in the punk fallout as it morphed into the nascent hardcore scene. Printed in curious newsprint with its own columnists and scene reports from dusty towns in the middle of nowhere Maximum rock n roll was the scene bible that had a world wide distribution. 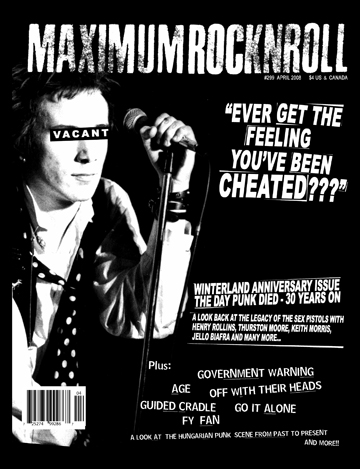 Excellent late period zine form Detroit that was full of post grunge underground American humour and killer articles that were loose with the truth but high on cynical humour.

Mick Mercer’s cut and paste affair that was full of goths dark humour and an amazing knack for spotting endless new bands. a valuable document of the period between punk and the youth cult tribal wars f the early eighties.

The best known of the football fanzines, WSC came out of the punk zine culture and continued with its humour entering the staid and conservative world of mainstream football culture.

There’s been a big fanzine revival in recent years but this is one of the best. Laura Oldfield Ford is one of the best upcoming British artists and her artwork that is like an urban comic strip combines Crass style graphics with pyschogeograhy and that deft touch that brings the line drawings to life. She prints them out in her fanzines that are political and social Xerox hand grenades 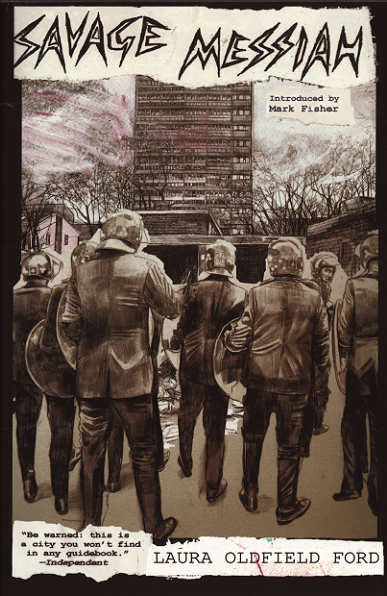