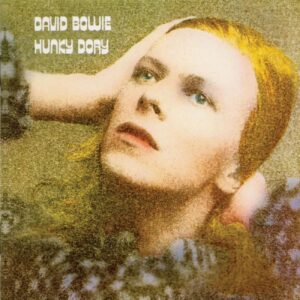 I could’ve gone for “Ziggy Stardust…” which is equally as good an album and obviously “Low” is an amazing album but basically, “Hunky Dory” is representing David Bowie in my Top 10 albums because this was never a hit album. It’s got “Changes” on it and “Life on Mars”. It’s got brilliant pop songs and it’s Bowie where he was just coming into being the big pop star we knew he could be and he got into his stride on that album. You knew what was going to happen with Bowie’s career from there – it just didn’t happen for him on that record. So, just for the fact he didn’t make it on that record, I’m putting it in as my Bowie representative. It’s an amazing album.