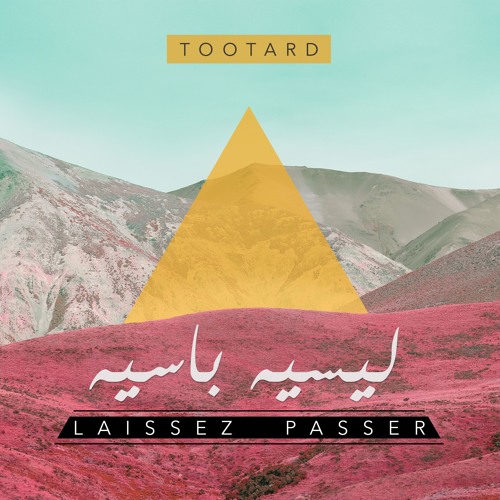 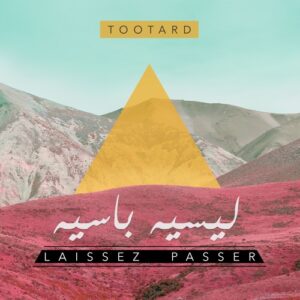 From Israel but not Israeli, that is the position that TootArd regard themselves in. No citizenship, no passports, brothers Hasan (vocals, guitar) and Rami Nakleh (percussion, bass) together with Amr Mdah (saxophones) originate from the occupied Golan Heights. With rich musical influences ranging from desert rock to reggae the trio have made an album that spans several genres and styles once unfamiliar to the western World but now becoming more and more prominent.

The title track opens the album with a distinct rock guitar and tumbling drums with constant cymbal patter, it’s infectious, very much so and a subdued reggae backdrop adds an interesting dimensions which is prevalent though much of the album. Growing up with reggae, specifically Bob Marley, the band learned how to build simple and effective music which over time, has evolved into something very much their own.

The frantic beginnings subside slightly for Musiqa, a simpler track with Arabic riffs which are pleasant and often intriguing. The vocals are often shared between the band and as a result a depth soon transpires to make a more solid sound. Again, a reggae beat can be heard, this time stronger and more pronounced.

They’re not afraid to slow things down as A’sfur demonstrates. A trip into pschycadelic (prog) rock perhaps but soon letting loose for some wonderful melodies and a vocal line perhaps reminiscent of American pop-rock. Again it’s captivating and holds much more beneath the surface with every subsequent listen. It’s well-thought out and incredibly cohesive.

Oya Marhaba touches ska and Bayati Blues dabbles with an afro-funk groove and, as it’s often the case with music from troubled homelands a positive feel and finale is often in sight. Syrian Blues is a gorgeous end to a very complete album – catchy instrumental breaks begging for vocals which never come – telling a story that can be made to interpret in any such way the listener feels. A band who are for the moment, somewhat undefined. A meeting point between blues, funk and reggae which has no real home, much like the people that it represents but a fascinating listen nonetheless.

The TootArd wesbite is here: tootard.com and they can be Liked on Facebook here.