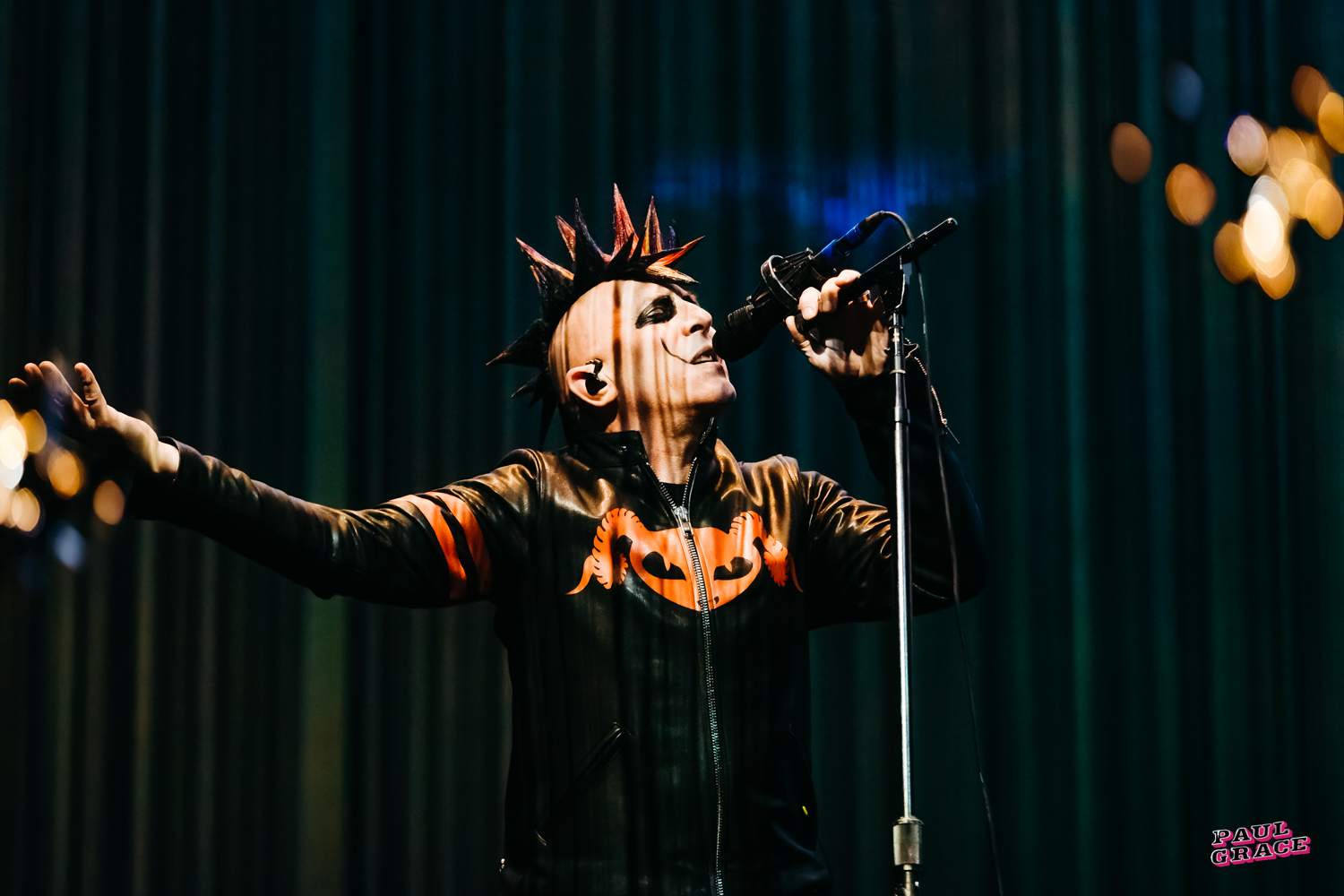 The thing is, he doesn’t seem tired. And he doesn’t make it look like hard work ⁠— although even an 18-year-old would struggle to make it through the two-hour performance Tool’s just given. Sure, the band members aren’t exactly running around the stage, leaping off amps, or diving into the audience. But they’re not playing three-minute three-chord pop hits either. These songs are physically demanding. Drummer Danny Carey’s arms and legs never seem to stop moving. Justin Chancellor appears to play the bass with his whole body. Keenan’s voice is either soaring (as in the beautifully aggressive Pushit) or roaring (as in Ticks & Leeches, his ragged vocals distorted by what looks through the distance like a megaphone). Only guitarist Adam Jones seems to have it easy, although his fingers should probably be bleeding (…he’s too far away to be sure.). 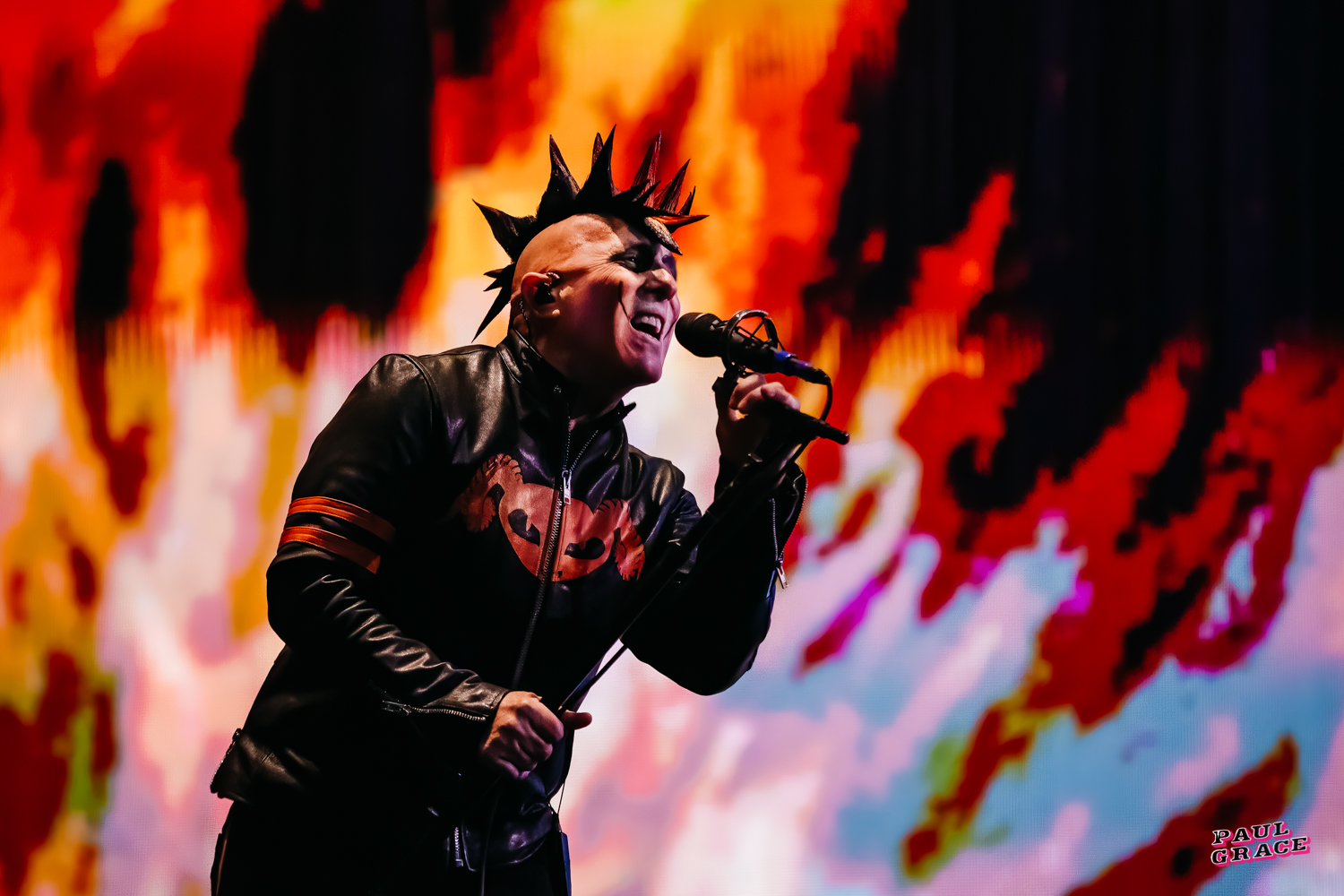 These songs are also incredibly complex. Consider, briefly, how hard you need to concentrate just to hear all the nuances in a 10-minute track like alternately brooding and explosive set opener Fear Inoculum. Then imagine actually having to perform it — and 11 others just as intricate and epic — with magnificent precision.

Fittingly, the same attention to detail and sheer scale are applied to the visuals. There are lasers, as you’d expect. The lighting rig’s more than capable of servicing Heathrow’s runways and intelligent enough to be put to work in an automated car manufacturing plant. During the angelic first half of Culling Voices, before it turns to the dark side, silver confetti falls from the ceiling, but lit with such elegance that the soulless concrete arena briefly transforms into a glittering snowglobe.

The gargantuan screens behind the band are almost a given, but the overwhelming graphics and their sheer impact are not: three-dimensional patterns spin; album covers come to life; body parts transform; lava flows; planets rise; a giant pyramid survives the end of days; and so many, many eyes burn, blink, and stare. During the instrumental Chocolate Chip Trip, which revitalises ye olde drum solo by having Carey play along to loops he creates on modular synths, the musician’s filmed from above and the footage displayed as a kaleidoscope. 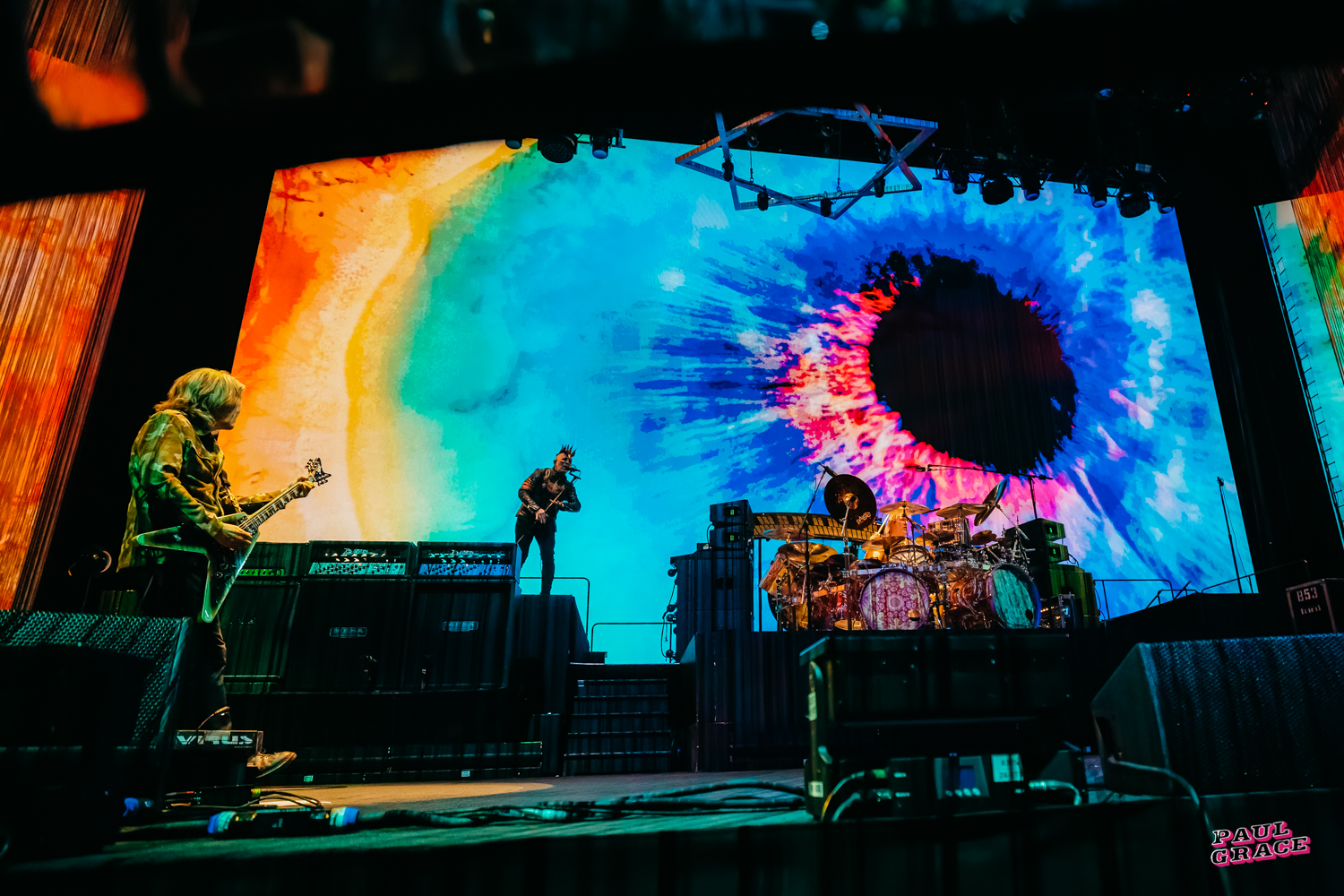 Yet most impressive is the effect created by the transparent curtain surrounding the stage during the first four songs. When the animations are projected onto it, the band look like they’re playing inside the images, which is mesmerising and disorienting and mind-bending in equal measure.

Complementing — never distracting from — the music, the visuals serve another purpose: they allow Keenan to (literally and figuratively) stay out of the spotlight. The singer prefers to be in the shadows, performing from raised platforms on either side of Carey’s gargantuan kit. But, while you can’t see his face, every lithe movement of his silhouette is visible: prowling in and out of the darkness, crouching like a mohawked gargoyle, hanging on to the microphone stand as if weathering a storm during Opiate, throwing his entire frame into every lyric, using his hands to pat out rhythms on his torso, sometimes even swaying his body to the music. 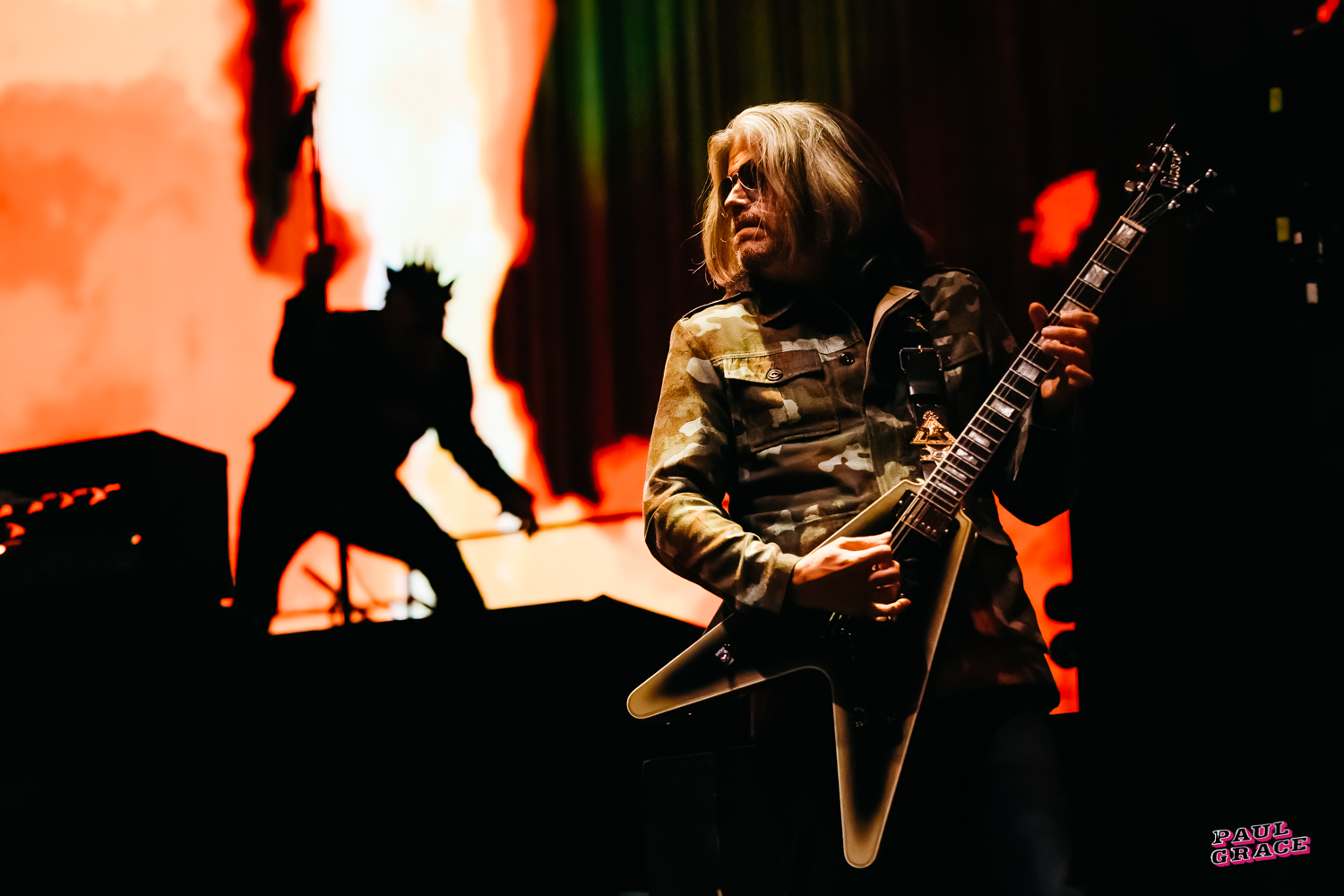 And Keenan’s certainly not the only person in the sold-out venue compelled to move. As complicated and dense and mathematical as these songs are, they have a swing and groove that are undeniable. Add the fact that Tool are on their first UK tour since 2007, performing more than half of their first album in 13 years (2019’s momentous and eagerly received Fear Inoculum), and it’s no surprise that most of the seats on the arena floor aren’t being used, the fans up on their feet instead. This is an arena rock show after all, albeit the most visually and sonically spectacular, unique, twisted, and majestic of the past decade.

Words by Nils van der Linden. You can visit his author profile for Louder Than War here. He tweets as @nilsvdlinden and his website is www.nilsvanderlinden.com. He hosts the weekly Mood Swings show on Louder Than War Radio, live every Wednesday from 8-9pm here, and available on Mixcloud afterwards.