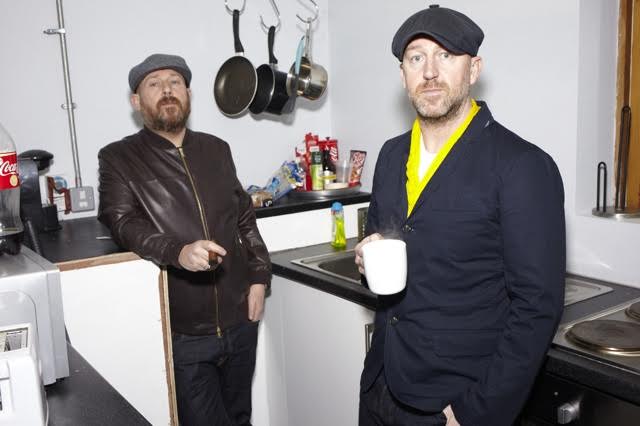 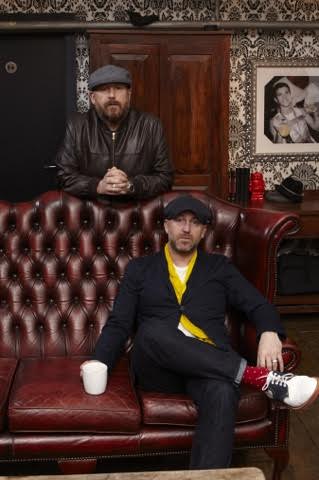 Titled ‘Too Much Rock ‘n’ Roll’, the drama will run as a series. It tells the true story of Anthony & Christopher Donnelly’s epic rise from the mean streets of Manchester to the world of fashion and music as they establish their own empire – only to see it ultimately fold through a combination of police investigations, gang violence, drugs and hedge fund mismanagement in a story which is just made for the big screen!

“We’ve got some great things happening right now, though it’s all still secret at the moment – just wait until the series is cast. It’s much bigger than anyone is probably thinking”

Photo above – Anthony and Christopher Donnelly

The brothers story is one which is also told within the pages of the acclaimed bio ‘Still Breathing’ written by Simon Spence. Set against the backdrop of the world famous Hacienda nightclub in Manchester, the story revolves around Anthony and Christopher Donnelly as they go from being ticket touts at Manchester United’s Old Trafford and Manchester City’s Main Road, to the catwalks of London, Paris, Milan and Tokyo, and get hailed as “Ambassadors for a generation,” by Vivienne Westwood.

The brothers’ father, Arthur Donnelly, was allegedly part of the infamous Quality Street Gang (QSG) who were alleged to be an organised crime syndicate who ran the city for decades and about whom Thin Lizzy wrote their smash hit “The Boys Are Back In Town.”

Anthony and Christopher were destined to follow in their father’s footsteps, but instead followed their passion and started a clothing label worn by celebrities from the world of movies, TV, rock, pop and rap. The label went on to become an international multi-million pound business, with Pete Doherty calling them, “The Sex Pistols of fashion.”

The police refused to believe that the brothers had built their empire legitimately though and a costly covert operation called “Operation Bluebell” was mounted. It resulted in unsuccessful attempts to tie the brothers to criminal activity on a level the police anticipated, but the operation culminated in Anthony and their father, Arthur, being locked up as ‘category A’ high-risk prisoners for a joint total of seven years.

The Donnelly Brothers have since gone on to have success with their autobiography “Still Breathing,” (see Louder Than War’s review here) as well as the launch of their Y.O. (YOUR:OWN-) clothing brand, and have become creative enablers; incubating the next big thing across music, sport and the arts in the UK. 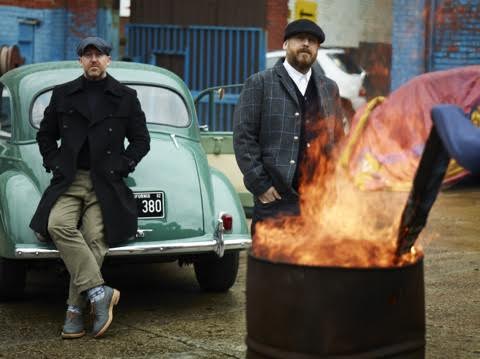 Intro by Carl Stanley. More writing by Carl on Louder Than War can be found at his author’s archive. Carl also edits the Your-Own: magazine.