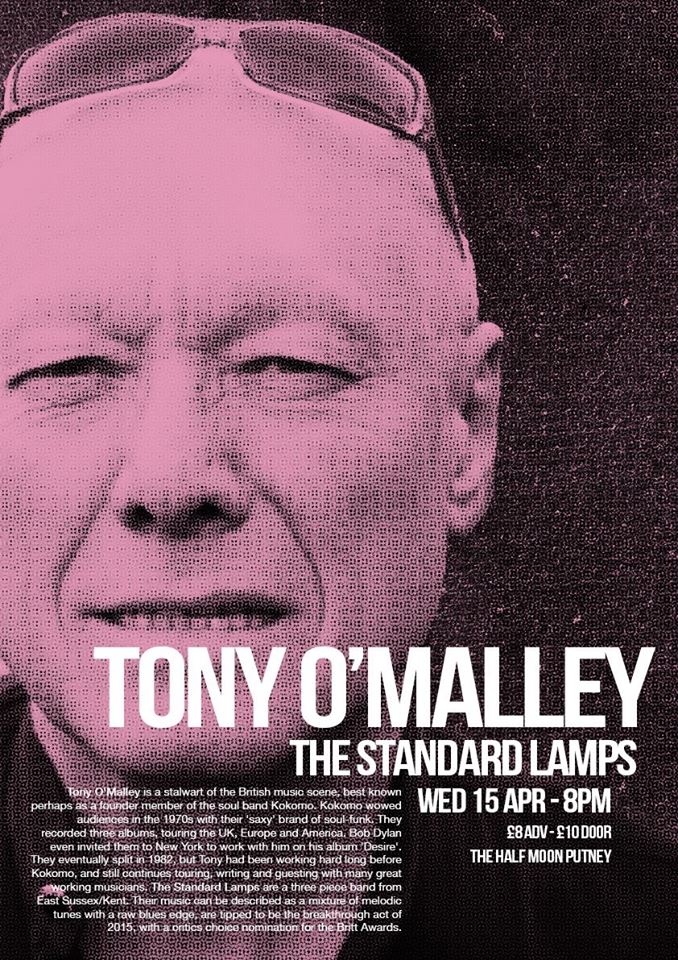 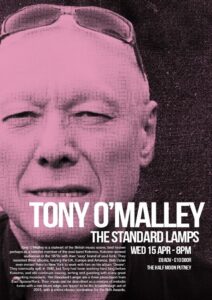 An interesting double bill for that show at the Half Moon. Opening the evening was Turnbridge Wells based outfit  The Standard Lamps that have recently supported the Who on their 50th anniversary tour. They formed 4 years ago and have put out an LP entitled “Sell Everything You Own” and an EP called “Mono”. A second LP seems to be in the pipeline too. Unfortunately the band played to what must have been the emptiest Half Moon I’ve ever witnessed. To add to their misery, the bass player’s Fender Jaguar Bass stopped working which forced them to borrow the bass from Tony O’ Malley bass player. Far from being upset by all these setbacks, the band put on a sterling performance. The songs featured some interesting chord progressions. Singer Mike Wilton had a second guitar in  an alternate tuning which made for some refreshing sounds (when so many bands rely on basic power chords).  They opened with a brand new song followed by “The Right Train ” the first track from their debut LP. Their rootsier side was displayed on “Portland”, a rockabilly tune that wouldn’t have sounded out of place on a Johnny Burnette record. A cover of Bob Dylan’s “I Shall Be Released” preceded the single “Living With Mum And Dad”. More contemporary sounding sounds like “Cracks” and “Dim and Dismal” showed that the band has the potential to have a bigger audience if they get signed.

Some more people joined the room when Tony O’Malley came on stage but still a pretty quiet night. Where were all the people from the sold out Kokomo show at the same venue last year ? At 8 pounds the ticket in advance it was a bargain… Tony O’Malley has been on the English music scene since the end of the sixties. He’s best known for being the lead singer in Kokomo and the keyboardist in Arrival but he has also toured as a session musician with other acts (including 10cc after the departure of Lol Creme and Kevin Godley). In parallel with the odd gig with a reformed Kokomo, he has maintained a steady touring schedule, often performing at 606 Club in Chelsea and at Ronnie Scott’s. For this evening he was backed by former Eric Clapton side man Alan Darby on guitar, Kokomo drummer Frank Tontoh, Sonny Winslow on bass and Saxophone legend Mel Collins (a welcome last minute addition). Tony has a new album out in June entitled “Back At The Bag” and the first number of the night “Learning Curve” co-written with his friend Frank Collins was taken from it. This was followed by a cover of Ray Charles’s “Georgia On My Mind” and “Mr Operator” from his 1997’s LP “Sunshine Everyday”. The great title track from 2009’s “The Road Will Rise” wasn’t played but “Fine And Beautiful” from the same album got an airing. Far from keeping the spotlight for himself, Tony let the band flex their muscles on several occasions, particularly on an extended version of “For The Children”. Kokomo’s legendary cover of Bobby Womack’s “I Can’t Understand It” was followed by a great funk workout on “Everything is Everything” that saw Dona Oxford guesting on piano. The band finished the show with another great Ray Charles’s song : “Unchain My Heart”.

All words by Craig Chaligne. More from Craig can be found at his Author’s Archive.