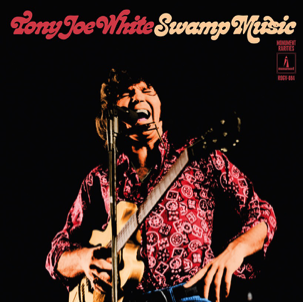 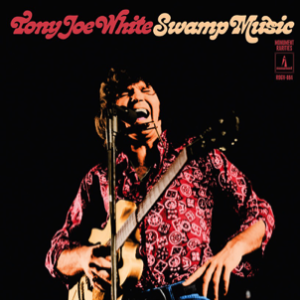 With its glossy cover and swirly Sixties typeface, Swamp Music looks like an LP you might find in the bargain bin of a second-hand record shop. It captures its era in every way, from the cover art to the extensive sleeve notes, presenting a comprehensive history of the first chapter of White’s career.

For fans whose collection is missing the long out-of-print Swamp Music: The Complete Monument Collection CD box, this 3LP collection of alternate takes and rare tracks, with updated design and artwork – plus a lengthy essay within its gatefold sleeve – will find this a valuable addition.

Raised on a cotton farm in northern Louisiana, close to the Mississippi, White grew up with music in the family: his parents and six siblings played and sang country and gospel at the end of the day. But his distinctive sound – a steamy blend of blues and funk, country and soul – was born when he first heard bluesman Lightnin’ Hopkins, inspiring him to pick up a guitar at the age of 16.

It was Hopkins who inspired him to play, Elvis Presley who made him want to sing and, much later in 1967, Bobbie Gentry whose storytelling masterpiece Ode To Billy Joe made him realise he should write about his own life and the people he knew.

You can hear all three influences in everything he does: the rich baritone, matched by the sideburns and black hair in a quiff, remind us of Presley; the stripped-back blues boogie of his guitar playing pays homage to Hopkins, Jimmy Reed and John Lee Hooker; and the powerful tales he tells in his lyrics, filled with colourful characters from the backwaters of the Deep South, had their genesis in Gentry’s lyrical prowess.

It’s always seemed unfair to an artist with such a strong repertoire spanning half a century that he remains best known (indeed only known to most music fans) for writing a pair of hits for other artists: Polk Salad Annie for Elvis Presley in 1969 (also recorded by Tom Jones and Dusty Springfield) and Rainy Night In Georgia, popularised by Brook Benton a year later; and for working with Tina Turner decades later.

Yet White deserves his own place in music, not just for his unique musical style (“People ask me who else plays Swamp Music and I have to tell them I don’t think anybody else does,” he says in the excellent sleeve notes. “I’m talking about deep swamp, where the moss and dark water is”) but for a lyrical approach that broke the period’s racial taboos in the landmark song Willie And Laura Mae Jones – also memorably covered by Dusty Springfield right after her classic Dusty In Memphis album – and fused pop lyricism with the spirit of Southern literature.

He paid his dues in the roadhouses of southern Texas and Louisiana with a stripped-down line-up, sometimes a trio but more often just with himself on electric guitar and a drummer (decades before The White Stripes) or completely solo, with his guitar and a harmonica, stomping on a Coca-Cola crate like his hero Lightnin’ Hopkins.

White had paid his dues by the time he embarked on a road trip to Memphis in his early 20s in search of a record contract – but ended up driving to Nashville instead. He found that deal in the home of country music when he was signed to Monument Records, then riding high with Roy Orbison, in 1967.

The label was attracted not only by White’s rich baritone and lyrical authenticity but by his looks: with his sideburns and black hair sculpted into a quiff, he was a ringer for the biggest pop star of the era. Yet success initially proved elusive.

White’s first four singles, released between 1967-1970, all flopped, although the fourth, Soul Francisco, struck a chord in France, where it brought him his first chart success – just ahead of his signature song Polk Salad Annie’s top ten success in the US.

Many of the songs on this set come from a previously unreleased session recorded in Paris in March 1969, including versions of Chain Of Fools and Dylan’s The Ballad Of Hollis Brown – the earliest examples on record of White as a solo performer.

The rest, mostly produced by Billy Swan, represent the more stripped-down RnB end of his repertoire rather than more middle-of-the-road numbers like Rainy Night In Georgia (not included here), recorded with a tight-knit group of experienced session musicians from Muscle Shoals.

Released a year after White’s death last October, from a heart attack at the age of 75, Swamp Music is a fitting tribute to his legacy and dovetails neatly with what turned out to be his last studio album, Bad Mouthin’, an excellent collection of originals and blues covers.