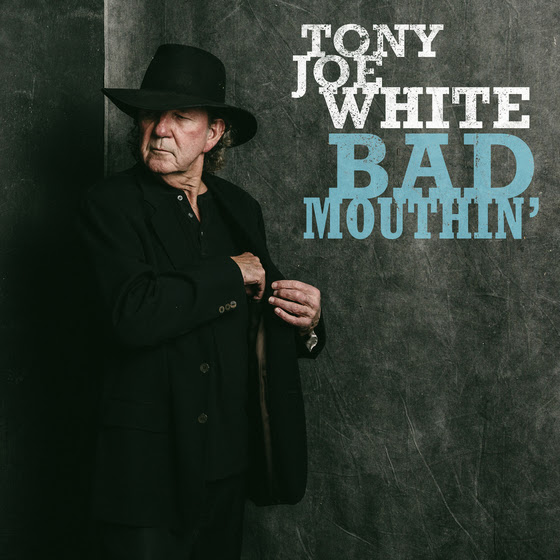 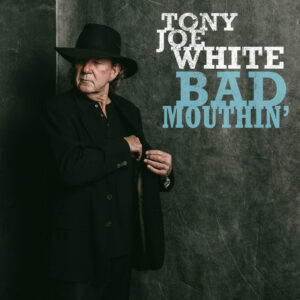 You could be forgiven for thinking Tony Joe White was no longer with us. It’s half a century since a handsome leather-trousered troubadour from Louisiana released his debut album, Black And White, defining the sound of swamp rock, and that remains the highlight of his solo career.

Tony Joe White ought to be up there in the Hall of Fame. He’s written hits for Elvis Presley and Tom Jones (Polk Salad Annie), Dusty Springfield (Willie And Laura Mae Jones), Tina Turner (Steamy Windows) and Randy Crawford (Rainy Night In Georgia), not to mention Robert Cray and Willie Nelson.

He’s played with Tina Turner (writing four songs on her hit Foreign Affair album), and toured with stars from Sly & the Family Stone and and Creedence Clearwater Revival in the 1970s to Eric Clapton and Joe Cocker in the 1990s. Three years ago he performed his signature song, Polk Salad Annie, with the Foo Fighters on Letterman.

Yet, while musicians revere him, he’s never won the widespread acclaim he deserves.

But it’s not too late. He’s still working. And, at the age of 75, he’s back with an excellent new album Bad Mouthin’, produced by his son Jody. It’s a timely reminder of the abiding influence of his signature sound, and a testament to his deep southern roots, blending classics by blues legends like Charley Patton, Lightnin’ Hopkins, Jimmy Reed and Lightnin’ Hopkins with five of his own compositions. It’s to his eternal credit that his own songs are indistinguishable in quality from those legendary greats. 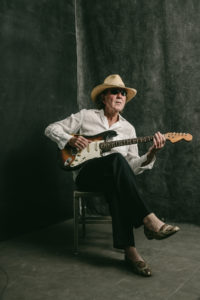 The tracks here include two of the first songs White wrote, showcasing the steamy, swampy soup of rock, country, blues and Americana that have always been his trademark, matched to a gravelly voice as deep and mysterious as the bayous of his native Louisiana, where he grew up on a cotton farm 20 miles from the nearest town. Like an old wine, or a piece of antique furniture, the passage of time has brought out the depths and complexities in White’s voice, while the distinctive twang of his guitar instantly evokes the mystical South – a place where ghosts roam among abandoned pecan groves draped in Spanish moss and the Devil might be lurking by a moonlit crossroads.

I remember seeing White play in the mid-1990s in Austin, Texas, during SXSW. He was not part of the festival but part of the alternative schedule of events that the locals put on to showcase local acts and he performed on a chair in a record store in a suburb far from the festival mayhem. There were only a handful of curious onlookers there, myself included, but I was instantly spellbound by his hypnotic presence and the trancelike twang of his guitar, a kind of country-fried variation on the boogie of John Lee Hooker.

“When and where I grew up, blues was just about the only music I heard and truly loved,” says White, who worked his way to Nashville via the roughneck clubs on the crawfish circuit of Louisiana and Texas in the 1960s, inspired by blues singers playing guitar with just a harmonica or stomping their feet for accompaniment.  . “I’ve always thought of myself as a blues musician because the blues is real, and I like to keep everything I do as real as it gets. So I thought it was time to make a blues record that sounds the way I always loved the music.” 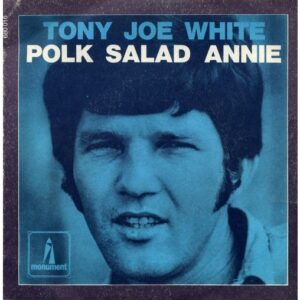 The songs on Bad Mouthin’ mostly feature White playing his battered guitar, his world-weary voice and spare lyrics telling tales of abusive lovers and men pushed to their limits over slow smoky shuffles. The title track and Sundown Blues are songs recently rediscovered from White’s recordings for a local label in Corpus Christi, Texas, in 1966, and feature his regular live accompanist, drummer Bryan Owings, while bassist Steve Forrest joins the duo on another two numbers.

The album was recorded in two horse stalls in White’s barn, using the cement-floor saddle room filled with bowls full of coffee grounds and cinnamon-scented twigs to disguise the chemical smell of glue, with the songs cut live in one or two takes, his trademark 1965 Fender Stratocaster guitar played through a 1951 Fender Deluxe amplifier sitting in the back of his Land Rover so as not to interfere with the vocals and percussion tracks.

Raw and unvarnished, imbued with a lifetime of experience, it’s as good a place as any for a newcomer to discover Tony Joe White, and a record that will make you wonder why he has yet to earn the legendary status of his peers.

All words by Tim Cooper. You can find more of Tim’s writing on Louder Than War at his author’s archive. He is also on Twitter as @TimCooperES. Portrait by Joshua Black Wilkins.