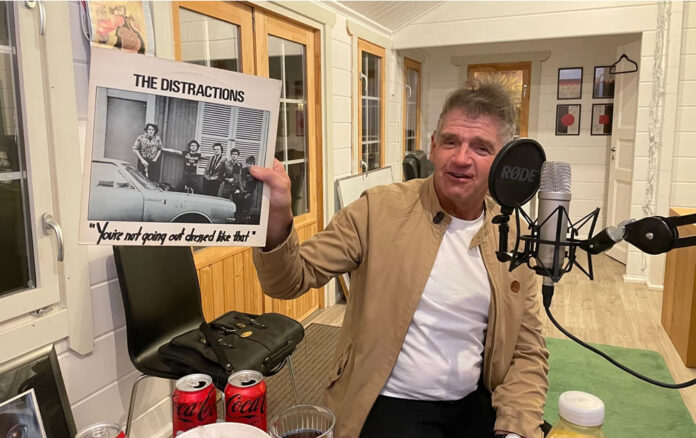 Legendary Manchester impresario Tony Davidson was guest the Louder Than War radio show this week to promote his book – The TJM Story – How To Make It Big In The Music Business.

Tony was head of TJM records based in Manchester and set up the TJM rehearsal studios in 1979 where bands like Mick Hucknall’s Frantic Elevators (Pre-Simply Red), Buzzcocks, V2, Victim, Slaughter & The Dogs, Fast Cars, The Distractions, Ed Banger & The Nosebleeds and Joy Division rehearsed!

Tony talks of growing up as a soul boy, making frequent visits to Manchester’s Twisted Wheel club, but being heavily influenced by The Rolling Stones and The Beatles.

Listen to the full interview with tracks chosen by Tony here:

The book launch of The TJM Story takes place next Wednesday at 7pm at The Stoller Hall in Manchester where John Robb will MC, interviewing Tony, Mike Sweeney and Peter Hook!

The iconic video for Love Will Tear Us Apart by Joy Division was filmed in their rehearsal room at the studios. Check out the video below!