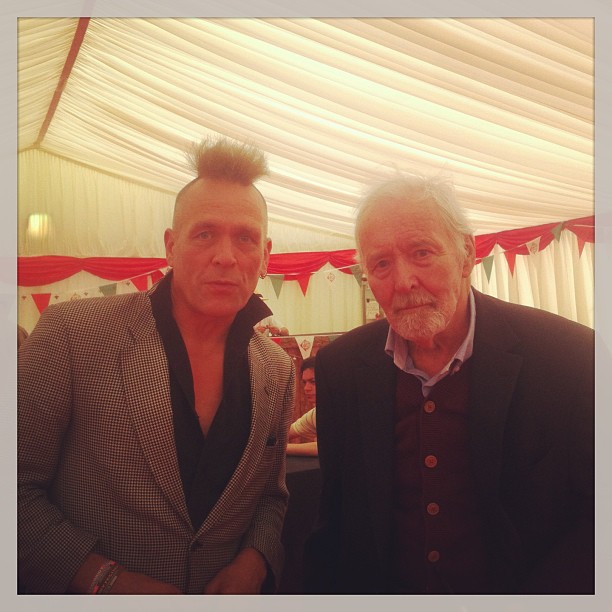 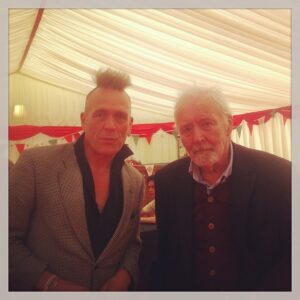 The great Tony Benn has died.

The man who said that he had  retired from being an MP so he could engage more in politics was a hero to many.

We met him several times at the Left Field stage in Glastonbury and every year he gave a brilliant, impassioned speech rare in politics.

He also hung out with everyone like some kind of ancient champion of long lost values. One year Goldblade played the Left Field stage and the first person I bumped into coming of the stage was Tony in his suits and wellington boots who claimed he enjoyed the show – probably the first lie he had ever told!