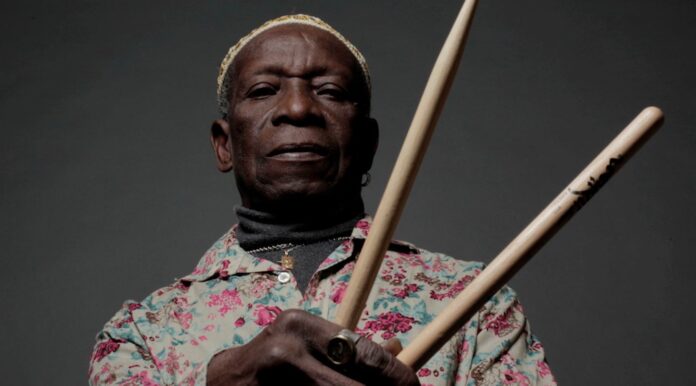 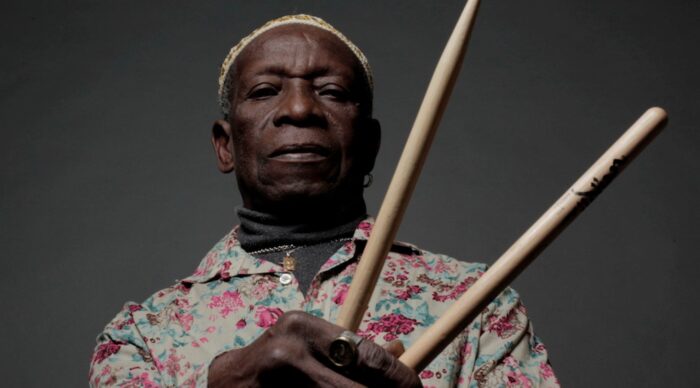 The legendary Nigerian drummer Tony Allen whose stunning shape shifting beats built the foundations of Afrobeat has died in Paris at 79.

His drumming was more than key to the captivating genius of Fela Kuti who he played with in the sixties in his Africa 70 outfit. his drumming was key in Afrobeat’s fusion of West African Highlife and jazz and funk into a new hypnotic whole that underpinned Fela’s revolutionary pro African lyrics.

He also played with Hugh Masekela and also with Damon Albarn on his The Good The Bad And The Queen project.

His spokesman said “He was in great shape, it was quite sudden. I spoke to him at 1pm then two hours later he was sick and taken to Pompidou hospital, where he died.”