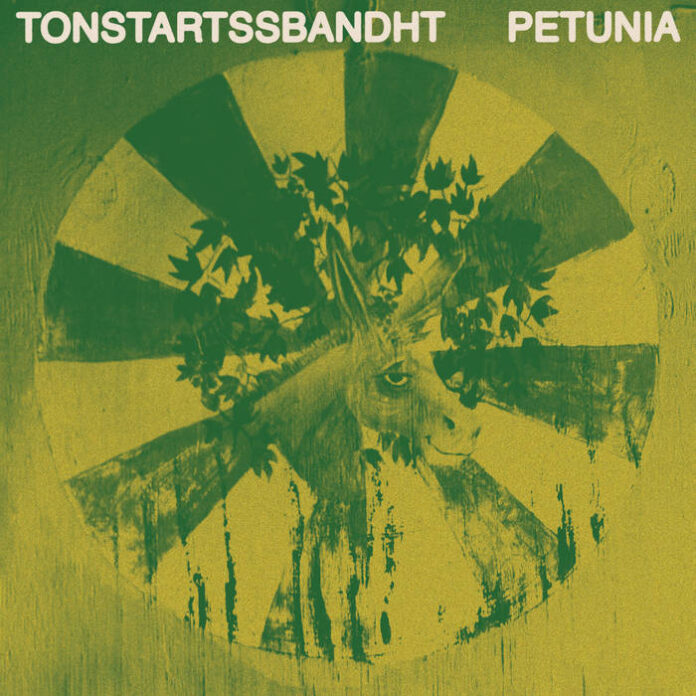 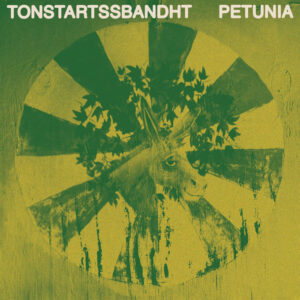 On their 18th album Petunia, the improvisational sibling duo with the unpronounceable name create a folk-psych fusion filled with guitar grooves and heavenly harmonies.

Tonstartssbandht come from Florida’s entertainment capital of Orlando. Somehow it seems appropriate that their music should come from a place famed for its theme parks. Like the previous 17 albums they have released since 2008, when brothers Andy and Edwin White began recording together, Petunia takes listeners on a rollercoaster ride.

It’s a trip that seems to begin in the early 1970s in Laurel Canyon, with its laid-back vibe and sweet vocal harmonies, and takes in Dusseldorf around the same time, with the constant motion of its emerging motorik rhythms and improvisational excursions. The fact they come from a hometown almost exactly equidistant between those two places seems to make perfect sense; unlike their band name, which is made up from random letters and designed only to confuse and bemuse.

Their trancelike soundscapes, rooted in their love of “psychedelic boogie and rock and experimental pop”, are created using only two instruments, Andy’s 12-string electric guitar and Edwin’s drum kit, enhanced by electronics. Their songs take shape and evolve continuously through live performance, the brothers considering them to be living, breathing things. In that respect, Petunia is a first, being the first time the brothers have recorded an entire album in a single studio in the same period of time, in Orlando during lockdown between April and August 2020. It’s also the first time they’ve gone outside the White family for help, sending the record to be mixed by two fellow Floridian ex-pats in San Francisco, Joseph Santarpia and Roberto Pagano.

The opening song, Pass Away immediately encapsulates that desire we all have for freedom from these times of confinement, with its laid-back groove and a lyric about flying away in search of something easier and more peaceful. They definitely share a sound and approach with artists like Kurt Vile and Mac De Marco (in whose band Andy has played live), with their lazy, hazy, long and languid guitar jams, though the brothers’ sound is more firmly anchored in drum patterns and ambient electronic effects. Vocally, they are also very different, their smooth falsetto voices intertwining in harmony, in a style reminiscent of The Beach Boys or Crosby, Stills & Nash – references that are almost certainly intentional – but made more ethereal by echo and reverb.

And whereas Brian Wilson and CSN(Y) used their vocals purely to serve the songs, the Whites employ theirs as another layer; an additional instrument – hardly surprising when they only play two themselves – to give the songs an extra dimension. This layering effect can be heard at its best on the serene seven-minute What Has Happened, underpinned by a shimmering electronic rhythm and ethereal harmonies. At other times, such as Magic Pig, there’s a folksy feel that brings to mind the bucolic harmonies of Fleet Foxes.

The serpentine structure of a longer song like Falloff, which would almost be psych-folk were it not for the many different directions in which it winds over the course of eight minutes, would appeal to fans of the organic jamming of The Grateful Dead, while the closing Smilehenge evolves from campfire harmonies to powerchords shrouded in echo. It will be interesting to see how these songs sound when the band get around to playing them live. One thing is for certain – they will have developed more layers by then because Tonstartssbandht never stand still.