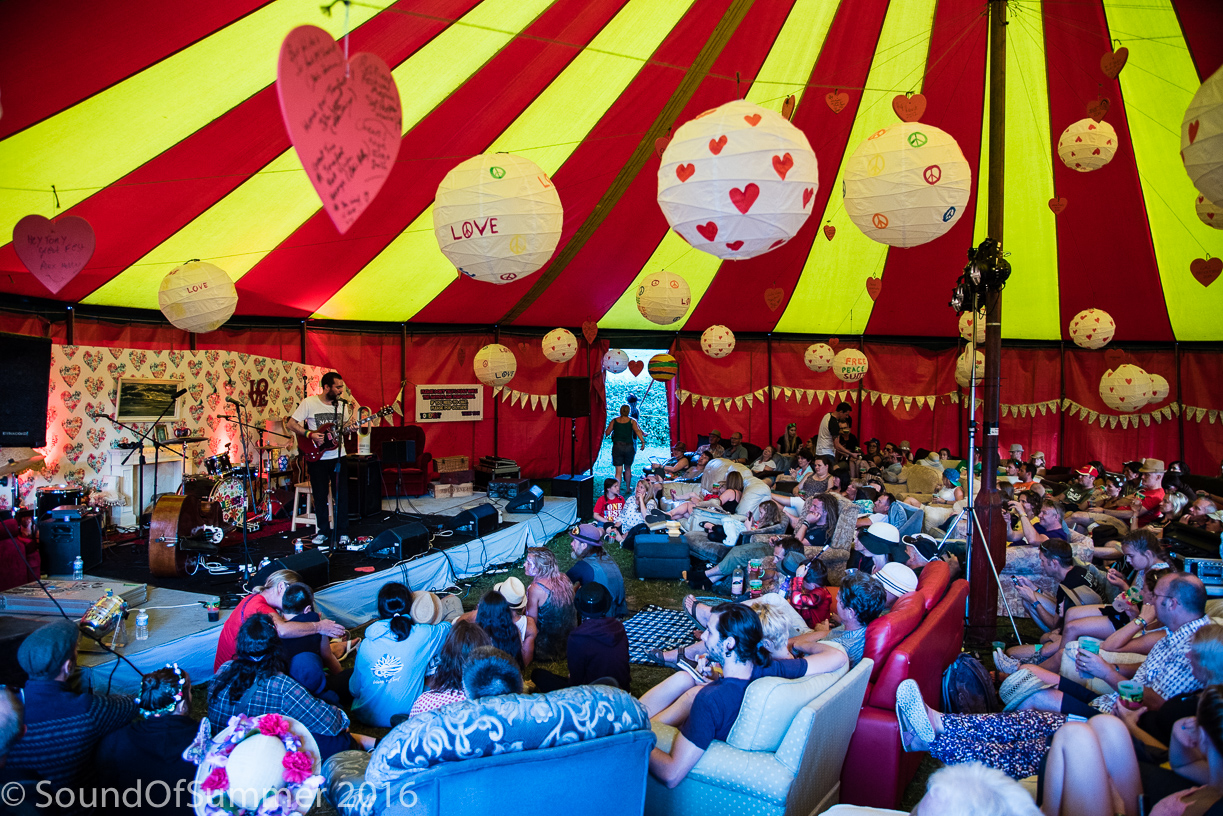 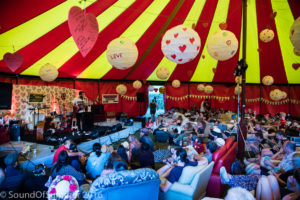 Tonefest is a tiny grassroots festival set in the heart of the Dorset Countryside. For the price of a few beers, a curry and a taxi home you get three amazing days of music in a beautiful environment.  What’s more by attending you are helping out a well deserving charity.

Every now and then chance throws a delight in your path in the most unexpected of circumstances.  So it was with Tonefest.  Despite the fact that Tonefest has just celebrated its sixth version I had never come across the event before.  Being in the middle of a long run of festival weekends the fact that Tonefest took place less than 15-minutes from my front door was an added bonus.

I only became aware of Tonefest when I chanced upon a Facebook message from one man tour-de-force Funke And The Two Tone Baby who played a set yesterday.  The sixth Tonefest had several of my favourite artists playing so I decided to pop along to find out more.

I cover around 18 festivals each summer and as time has gone on I have come to love the grassroots circuit.  These little 500 capacity festivals are so relaxing, the crowds happy and enthusiastic and the settings so often unbelievably lovely.  I enjoy the grassroots festivals so much that next year I intend having a break from big festivals to enjoy more of them.

Tonefest is set in a little wooded valley just outside the Dorset village of Lytchett Matravers.  I know the site well as it has been the site of Acoustic Movement festival and Wonkey Donk.  There is parking for cars and live-in vehicles and the site is well sheltered from the elements.  That said no shelter was required at Tonefest because it was sunny and baking hot. 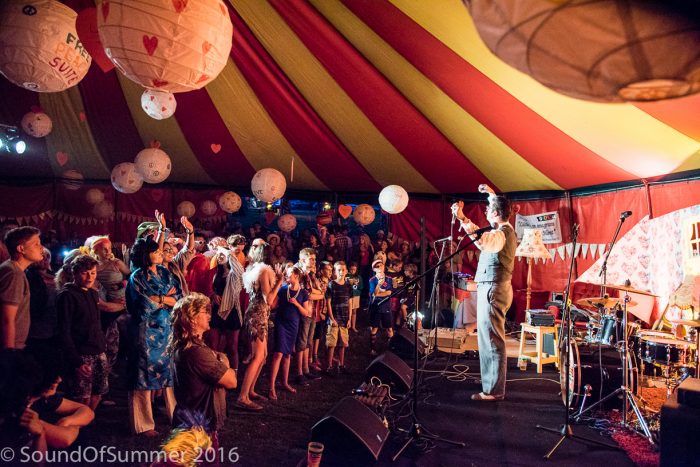 Before you arrive at Tonefest you know it is going to be a little bit special.  This years tickets arrived as the label on a Tonefest chocolate bar.  As you wander onto the site that special feeling is kindled further when you see the “Free Peace Suite” stage.  How many festivals do you know that have a big top tent decked out with sofa’s, the stage decorated like someone’s living room.  The tent is decorated with wooden love hearts bearing messages from the artists who have played the festival in the past.  The look is completed by hundreds of paper lampshades decorated with messages of peace and love.

The MainStage tent is less than two minutes walk away and the action switched from stage to stage so there was no worrying about your favourite acts clashing.  There is even a third small stage where some of the artists who played over the weekend played acoustic sets.  They were joined by those souls brave enough to play an open mike session to those who were eating some of the incredibly great quality food on offer.  There was no need to perch in a windy corner trying to balance your pizza and a pint here, there were dozens of tables with ample seating for over 100.  I must say the toilets in the arena were superb.  Proper sit down home style toilets which were immaculately clean and did not smell.  Bonus!

Invariably at a grassroots festival the line-up tends to focus on emerging and local talent with the odd better known act thrown in for good measure.  At Tonefest you won’t expect Kanye West but with Gaz Brookfield, Funke and the Two Tone Baby, Lucy Rose and Nizlopi on offer there was much to like. 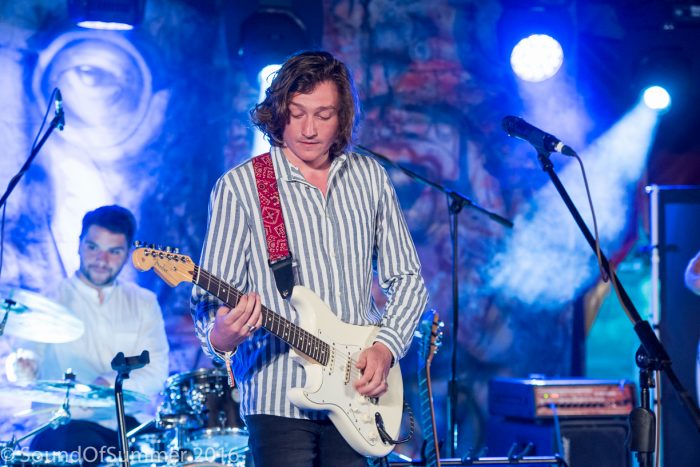 Pick of the Friday entertainment for me was Drew Allen.  We featured Drew as a “New Artist of the Day” a while back and since then Drew has decided to recruit full band.  I was initially concerned that with a full band behind him Drew might lose some of what makes him a hugely enjoyable artist.  Drews raison-de-tera in the past has focused on his song writing backed by his delicate and intricate guitar work.  With the band now named as DD Allen they turned in a superb set on Friday.  Allen has been able to adapt his songwriting to suit the needs of two guitars, bass, drums and pedal steel.  The sound perhaps a move into the Americana genre.

It is always areal treat when you find unexpected treasure and early on Saturday afternoon Lauren Castle most definitely ticked that box.  Lauren accompanies herself on piano and acoustic guitar (though not at the same time).  She has an incredibly beautiful voice and is clearly a very accomplished songwriter.  Having not yet reached her 20th birthday Lauren simply blew me away with her performance.  In many ways she reminded me of a young Tori Amos and she has an absorbing stage presence.  Simply wonderful.

It seems churlish to pick favourites out of a Saturday line-up that was really superb.  Jake Morley, Nizlopi and Disco’s Out (Murder’s In) all turned in excellent performances but as always the ever reliable Gaz Brookfield took the Saturday crown.  Gaz already has a great back catalogue to draw on and always throws in a few surprises, he likes to keep his sets fresh.  With a new album in the pipeline we were treated to a new song from that as well as a couple from his 2011 debut album Trial & Error.  If the new song was an indication of the quality of Brookfield’s new album we are in for a treat later in the year. 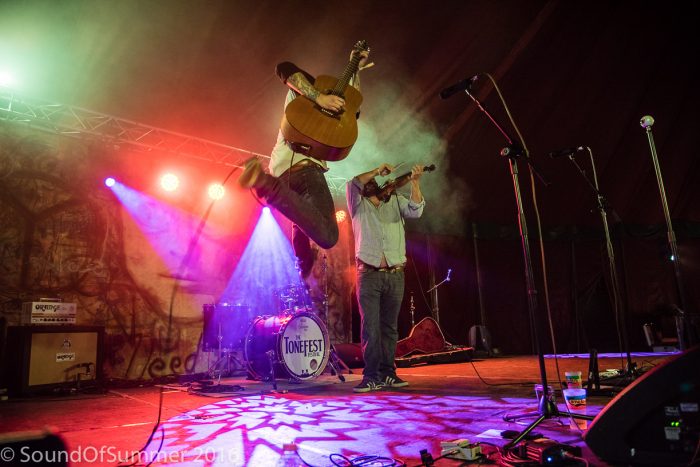 Sunday saw an early finish to live music out of respect to close neighbours but the MainStage lineup was superb.  Funke and the Two Tone Baby was my pick of the day, I make no secret of my admiration for a thoroughly nice young man who leaves nothing but sweat on the stage when he performs.  Funke never gives less than his all and so it was here as he blasted through his set topping of a weekend where he had travelled the length of the country, played three festivals and played at his cousins wedding in three days!

Luke Colcannon (Nizlopi) played a great set with a full band and local favourites Pronghorn and Guns Of Navarone rarely disappoint.  I have seen Lucy Rose on a number of occasions since she supported Counting Crows on tour a couple of years back.  I must confess I like her better each and every time I see her. 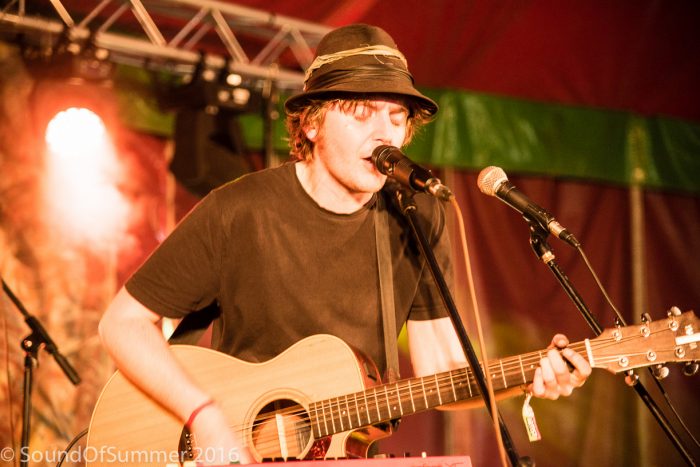 So ended an absolutely splendid weekends entertainment topped off by the fact that 30-minutes after leaving the site I was back at home with the van unpacked.  Perfect!

It is worth mentioning that Tonefest asks you not take take your own booze into the arena.  This is a little unusual at grassroots festivals but I feel it is fully justified in the case of Tonefest.  Drinks were just £3 a pint and the profits from the bar helped to ensure that the bands got paid and the Teenage Cancer Trust will get a sizeable donation.

Every credit should go to organiser Big-T and his team for a fantastic weekend.  The good news is that Early Bird tickets for next years Tonefest go on sale in September.