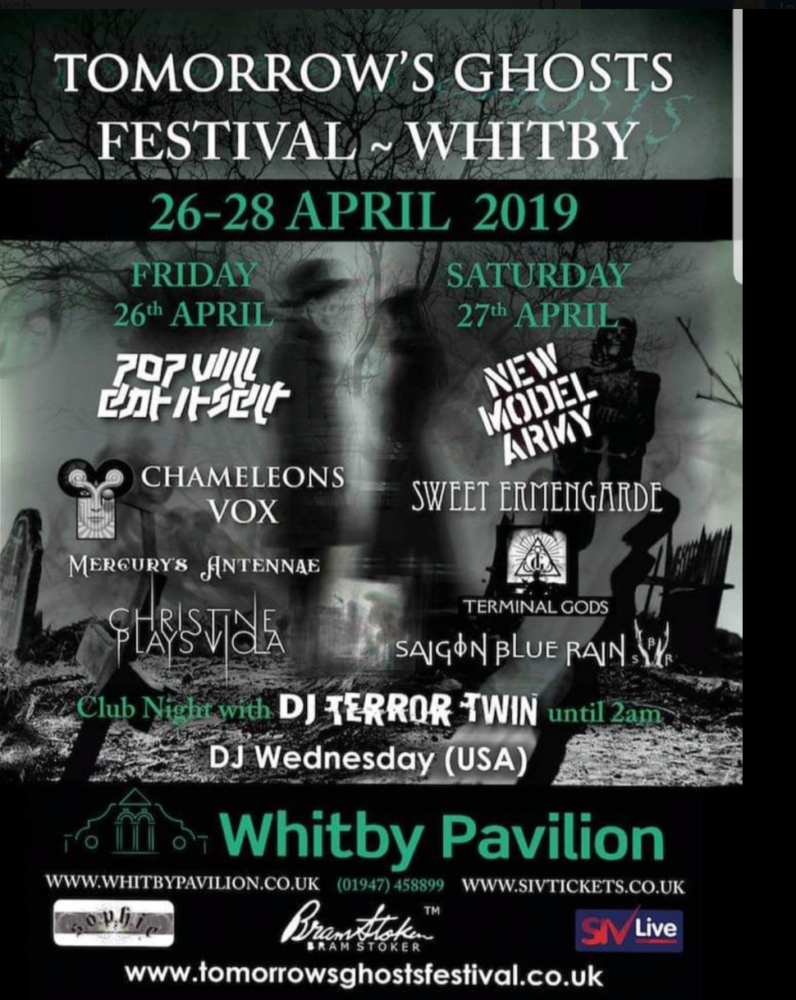 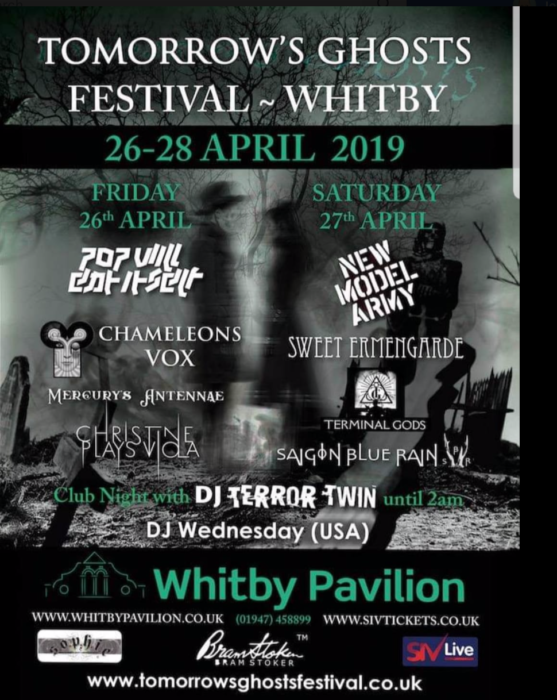 Whitby’s bi-annual Goth Festival is a must in the calendar for those of a darker persuasion, with thousands of black clad revellers descending into Whitby for a weekend which may encompass many of the events happening across the town.

All details from here

October 2018 saw the first Tomorrows Ghosts Festival at Whitby Pavilion which hosted Paradise Lost and Fields of the Nephilim as headliners along with an alternative market, film screenings and horror events.

Tomorrows Ghosts Festival will run concurrently with many other events across the town on 26th-28th April and 1st-3rd November, with Scarborough Borough Council supporting these dates as the official Goth Festival for the town.  Other events on these weekends include the long running Marquee Masquerade, Sexy Sunday and Manic Monday events at The Met Ballroom as well as other markets around the town.

There will be film screenings of horror classics in the Pavilion Theatre across the weekend along with an alternative market of unusual stalls.  On Sunday there will be a very special event comprising, ‘Hammer Glamour – the Women of Horror’ and ‘The Secrets of Dracula with Dacre Stoker’.  This will featuring the female stars of Hammer Horror classics; Pauline Pert (CUBA, CARRY ON GIRLS THE SATANIC RIGHTS OF DRACULA), Maddie Smith (THE VAMPIRE LOVERS, TASTE THE BLOOD OF DRACULA, FRANKENSTEIN AND THE MONSTER FROM HELL, THEATRE OF BLOOD, LIVE AND LET DIE, Caroline Munro (DRACULA AD1972, CAPTAIN KRONOS:VAMPIRE HUNTER, THE LAST HORROR FILM, THE SPY WHO LOVED ME, THE GOLDEN VOYAGE OF SINBAD, VAMPYRES) AND MARTINE BESWICK (DR JEKYLL & SISTER HYDE, PREHISTORIC WOMEN, THUNDERBALL, ONE MILLION YEARS B.C, FROM RUSSIA WITH LOVE) and will be hosted by best-selling author Dacre Stoker (Nephew of Bram Stoker).  Dacre will then present his ‘Secrets of Dracula’ which provides a unique insight into both the classic book and Bram’s life which has inspired Dacre’s prequal to Dracula ‘Dracul’.