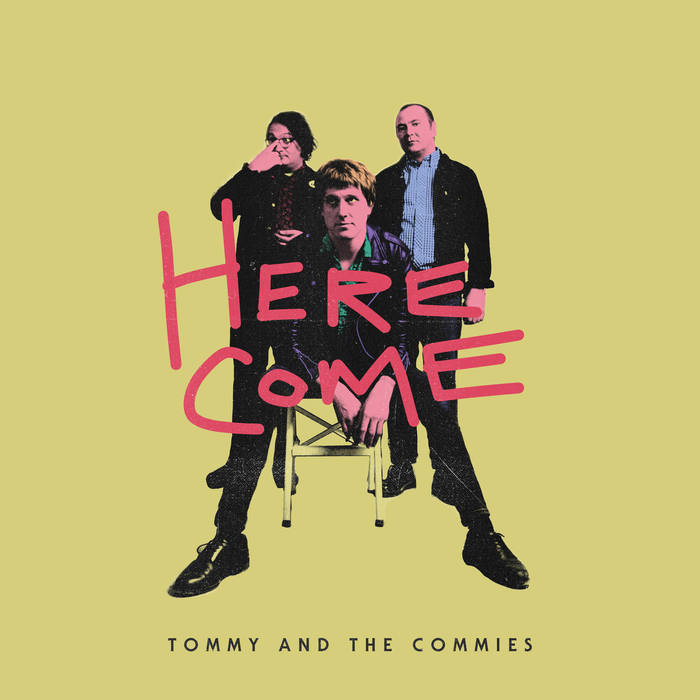 TOMMY AND THE COMMIES 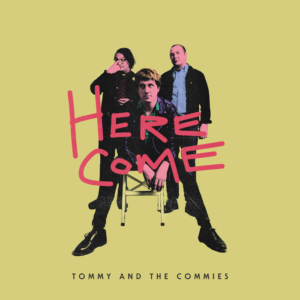 HERE COME TOMMY AND THE COMMIES

Canadians Tommy and The Commies release their debut album, a riotous blast of back-to-the-70s mod punk full of swagger and confidence.

On their debut album, Tommy and the Commies race from the traps with that spitting punk pop sound first seen on The Buzzcocks’ Spiral Scratch, on The Undertones’ Teenage Kicks. It’s a fine eight-track blast back to two minute wonders that flit in full of harmony and melody over chugging and ringing guitars that drive the songs forcefully and infectiously along.

They dive in head first with opener Devices. There’s no clever intro or lead in as they employ that great Orgasm Addict trick of kicking straight off with the vocals. There’s also a definite Jam sound going on as the song flies out with backing vocals tripping over and falling perfectly in the spaces of the lead. It’s a catchy and contagious sound that they continue with throughout the rest of this (too short) album. In fact the only criticism is that there just ain’t enough! The songs rocket by at breakneck speed and leave you salivating for more.

Permanent Fixture sees them doing their best Devoto/Shelley impersonations while Suckin’ In Your 20’s perfectly encapsulates that tongue-in-cheek self-referential insulting cynical sarcasm employed by The Monks on their Bad Habits album, all done over infectious hooks and battling vocals. The melody of closer Reggie Rocks sounds like a more mischievous Stiff Little Fingers over that unmistakeable punk distorted bouncing rhythm, and Hurtin’ Boys brings that more new wave powerpop punk sound of The Vapors as it swaggers along and is a definite highlight of the album.

Here Come Tommy and The Commies is a fantastic introduction to a band that are embracing that original punk sound and spirit. Never mind the bollocks, here’s another fine example of why punk’s far from dead!

Watch the video for Permanent Fixture below: