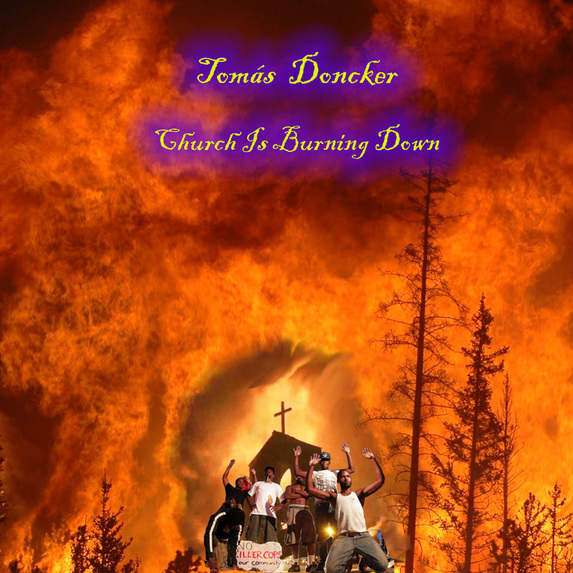 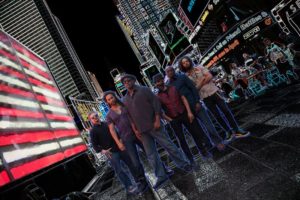 Tomás Doncker: Church Is Burning Down

Church Is Burning Down, the compelling new single by Tomas Doncker, taken from his forthcoming album The Mess We Made, is a tempestuous, fiery, tribute depicting the state of race relations in America.

The track is influenced by The Charleston Massacre which occurred on June 17, 2015 (Guardian coverage here). A few days after the shooting at The Emmanuel African Methodist Episcopal Church in Charleston, South Carolina where nine innocent people including the pastor lay dead, Doncker had written four new songs, in an attempt to express his disillusionment, frustration, and anger. Ten days later he had recorded eight songs which became the new album. On the day after the shootings, the gunman, 21 year old Dylann Roof admitted that he had executed the crime in order to incite a race war.

Although the song raises many thought provoking questions, it also musically brings down the house with it’s explosive, hand clapping beat. If I wasn’t fully aware of the meaning behind the story, I would be apt to stand and applaud the celebration.

Tomás Doncker, a New York based songwriter, singer, guitarist and producer began his career in downtown New York’s No Wave underground music scene during the late 70s and early 80s. No Wave was a term used by the punk subculture rejecting the commercial elements of the New Wave genre. Although No Wave in itself was not a specific genre, the various styles implemented were funk, jazz, punk rock and avant garde. Doncker later went on to become internationally known, touring all over the world. Recently he visited China for the first time.

When I first heard the music of Tomás Doncker, I couldn’t get The Thrill Is Gone by the late icon BB King out of my head. Doncker’s music is captivating, soulful and honest, most of it being relaxing and comfortable. Not so the Church Is Burning Down. This song is gripping and riveting, marking what could easily become an anthem. It’s fresh, relevant and unanswerable. I can only imagine the bitterness that was going through Doncker’s mind as he decided to sit down and vent his rage through his song. The enthralling beat makes it an irresistible challenge not to rise from your seat and start singing along.

The song encompasses a mix of genres including jazz, pop, blues, southern bayou, spiritual and inspirational gospel. A song inspired by such an unthinkable event, is sure to touch the hearts and lives of those who listen to it. It serves as a tribute to the nine, human lives, snuffed out in a single moment, while innocently respecting the Lord. The instrumentals are clear and precise, while the vocal harmony is intense and well mixed and produced! It is a song Tomás Doncker can be proud of writing, proud of recording and proud of producing. It is a song with a spirit, a song with a message, a song with a dramatic warning to all of mankind.

The other day while babysitting my four year old grandson I turned on the television to the cartoon, Doc McStuffin’s, the little black girl who fixes all of the broken toys. He looked at me and said “Nana, can you please change the channel, I hate Doc McStuffins now.” When I asked him why, he said as clear as day and to my shock and dismay, “because she’s black.” Devastated I asked him, “So what’s wrong with being black?” To my horror he answered, “Nana, no one wants to be black.” This is coming from a 4 year old whose entire family, all of my children who either grew up wishing to be black or in my son’s case believed he was black. I felt compelled to inquire why he felt that way. His answer was that the children in preschool told him that. The children in his preschool are 4 – that’s right 4 years old. How is that so? America, wake up, leave the drama behind and move on, find a different reason to hate… So when I hear a song like Church Is Burning Down, I can’t help but pray that attention is paid.