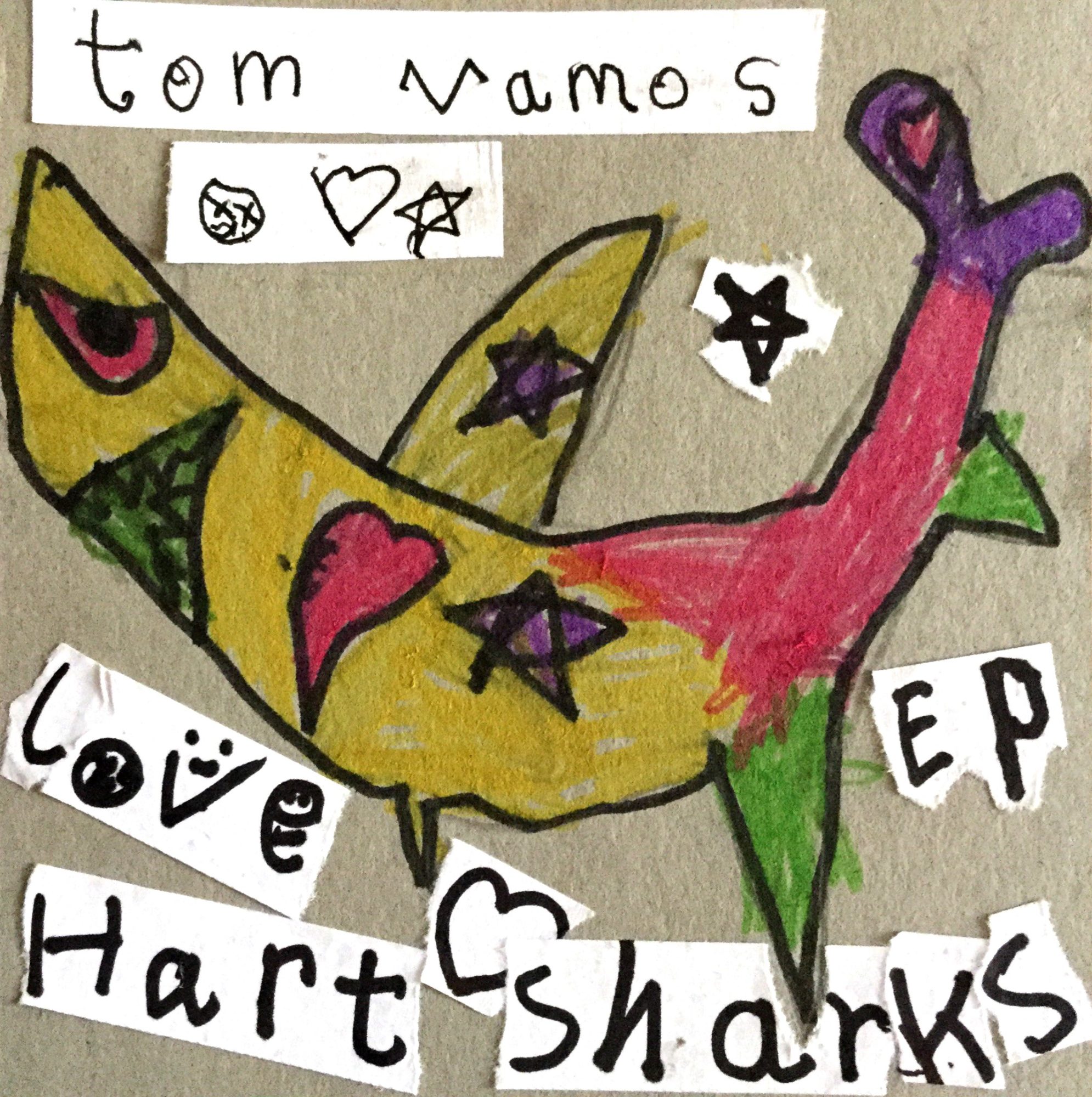 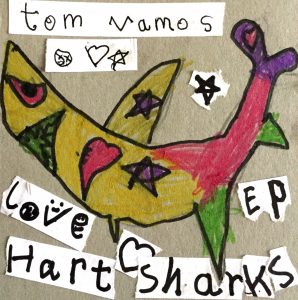 Debut solo release from Tom Vamos, the frontman of Liverpool/Rep Of Ireland based Vamos who were responsible for the magnificent ‘More Songs About Circles’ (Antipop Records) album in late 2013 (LTW Review), an album chock full of deceptively simple nuggets of pure pop genius – for this 5trk EP Tom has enlisted the talents of musical workaholic and countryman Villy Raze (Dead Class) and Sefton Booth (ex-Dead Class, and Super Fast Girlie Show) who add just the right amount of texture to this refreshingly raw release…

Opener ‘Love Hart Sharks’ is a deceptively simple song, that has an almost skiffle vibe to it, propulsive and engaging as Tom declares his love as “I’ve got all I need in front of me” – love is the theme of the entire EP, throw in a sprinkle of heartache, loss and emotional pain as Tom looks back over lessons learned and proffers up gems like ‘Honey Hug’ as poignant observations.

‘Vinegar’ is delicately strident, with a painfully honest lyric that laments isolation and the overwhelming desire in all of us for friendship; there is anger in Tom’s delivery – these are not merely carefully crafted words, the deft pen of a lyricist – these are genuine emotions poured into short burst of simple pop; to do that takes bravery, to be prepared to reveal your self is a rare virtue which I sincerely hope Tom is rewarded for.

It’s not all anguished reflection mind ‘Play Dough’ refers to a moment of play with Tom’s children; the moment when you realise that your future is intrinsically linked to another’s and how that realisation can resolve all other issues “Don’t sing that song Daddy or you will get mixed up like play dough, then I won’t have a Daddy anymore” – a route map for the future, riding across an EP of simple, yet refined pop gems.

The ‘Love Hart Sharks’ EP will be released at a rather special launch gig entitled ‘Never Mind The Nostalgia, Here’s The Antipop’ to be held at Maguire’s, Renshaw Street, Liverpool on Saturday 23rd July 2016 – Doors 8pm £5.

The event is jointly promoted by Antipop Records and Liverpool Internet Mongrel Punks (L.I.M.P) and is pitched as the real alternative to the Liverpool International Music Festival (L.I.M.F) which is being held in the city that weekend;

Never Mind The Nostalgia….Here’s the NOW, the NEW, the ANTIPOP. 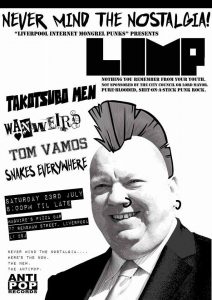 NEW MUSIC
Not the same old shit.
Nothing you remember from your youth.
100% independent sponsored not by the City Council or the Lord Mayor.
Pure-blooded, Shit-On-A-Stick Punk Rock from the depths of the moldiest praccy rooms in the decaying city.