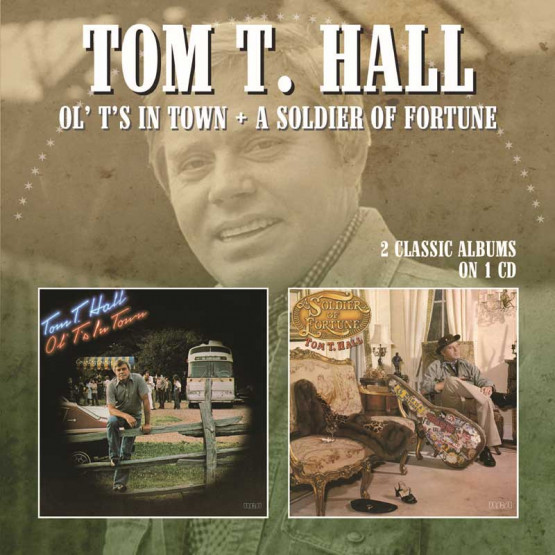 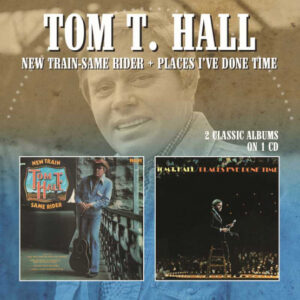 Tom T. Hall is one of America’s most iconic songwriters. He started his career  penning songs for the country stars of the sixties (Johnny Cash, Loretta Lynn, Waylon Jennings) but had to wait till the end of the decade to start making his own records (he was already in his mid thirties at the time). Extremely prolific he put out twenty albums over the next decade. His years with RCA generated six albums, all represented here. They albums saw Hall move towards a more easy listening approach and include more covers than on his previous efforts. Nevertheless they provide Country fans with some excellent songs and performances. The first pairing of albums is “New Train – Same Rider” with “Places I’ve Done Time), both released in 1978. On “New Train – Same Rider” Hall excels at ballads (as proved by the sublime “I’m Not Ready Yet” and finds inspiration in unlikely alleys (the Star Wars inspired “May The Force Be With You Always”). “Places I’ve Done Time” is mostly composed of songs composed by Hall and is all the better for it (Hall was after all called the Storyteller). It also benefits from the absence of female backing vocals that sometime felt a bit overwhelming on its predecessor. “I Couldn’t Live In Southern California” is a great track and “Son Of Clayton Claney” is a catchy country-rocker with incisive guitar parts. 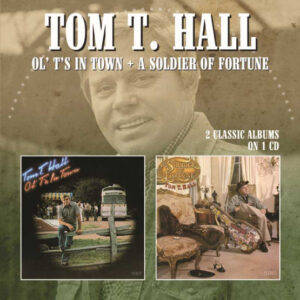 The next CD couples “Old T’s In Town” and “Soldier Of Fortune” released respectively in 1979 and 1980. Both quality albums, they only received a lukewarm response from the record buying public when they were released, which makes them ripe for rediscovery. “Old T’s In Town” features exclusively songs penned by Hall. The catchy “Last Country Song” starts with a spontaneous call ( “Alright boys, we gotta play the hell out of this”) while “Jesus On The Radio (Daddy One The Phone)” tells a story of a marriage breakup set to a jaunty musical backing. “The Different Feeling” shares a similar theme, using the trick of matching a catchy melody to a set of sad lyrics (the tracks also features some nice guitar work). “What Do You Mean When You Say Goodbye” has hit song written all over it so it’s surprising nobody seems to have attempted to record it over the years. “Soldier Of Fortune” is a more mellow effort with lots of mid-tempo numbers typified by its title track penned by Gary Sefton. As said in the liner notes it’s one of these albums where Tom T. Hall tries more to be a country singer rather than a storyteller. 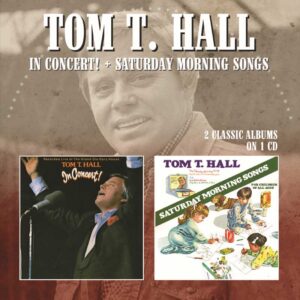 The last CD couples together two very different beasts, a live album released in 1983 by RCA when Hall had moved back to Mercury Records and an album of children songs called “Saturday Morning Songs”, released in 1979 (the same year as Old T’s In Town). Even if “In Concert !” comes at the end of his tenure with RCA making it feel a little bit like a contractual obligation, it is a rare live testament of Tom T. Hall. Recorded at Nashville’s Grand Ole Opry House, it sees Hall backed by his band The Storytellers. Hall rambles a little in his in his introduction to “Ballad Of Forty Dollars” but still manages to get a laugh from the audience with a joke on Dolly Parton. Bob Dylan’s “favourite song” “I Love” is included as is Tom’s most famous tune “Old Dogs, Children and Watermelon Wine”. The band sounds better on the rootsier number such as “Sneaky Snake” or “I Know You’re Married But I Love You Still”. “Saturday Morning Songs” turns out to be the most entertaining album. Hall has a knack for writing catchy tunes that engrave themselves in your brain (essential for a children song) such as “The Battle Mouse”, the second side is dedicated to songs on the landmark moments of year fort kids.

More info Tom T. Hall can be found at his official website.