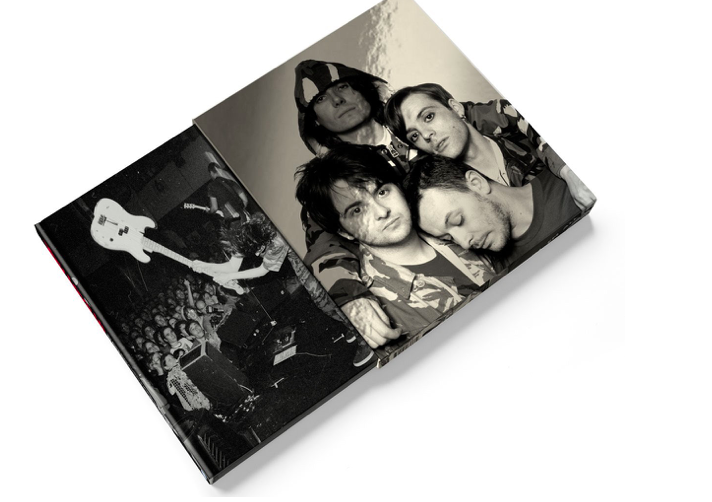 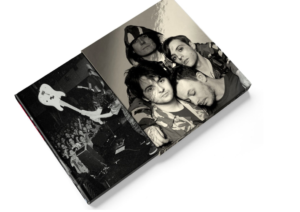 You Love Us: Manic Street Preachers In Photographs 1991-2001 by Tom Sheehan

Manic Street Preachers are the latest artist’s legendary music photographer Tom Sheehan has chosen for his new series of books.  Released 30th June 2017 through Flood Gallery Publishing, the book will feature a foreword by Nicky Wire, essays by acclaimed music journalist Sylvia Patterson and over 200 pictures of the band, both classic shots and unseen images.

Over a 10 year period between 1991-2001, the book covers the early days of the band when Sheehan met them when they did their first feature for the Melody Maker and shot the cover for their first album ‘Generation Terrorists’.  He covered the worldwide successes of albums ‘Everything Must Go’ (1996) and ‘This Is My Truth, Tell Me Yours’ (1998) and up to the infamous 2001 gig at The Karl Marx Theatre, Havana, Cuba, where the band become the first popular western rock band to play in the country shortly before the release of their 6thAlbum, ‘Know Your Enemy.’

Tom Sheehan, recalling his work with the band says “Manics arrived fully formed, with a mission, older than their years and more knowledgeable than most. Who does a double album as their first release!  The Manics … brave stuff indeed and continuing to be brave to this day.”

With over 40 years’ experience of photographing musicians all over the world, Tom Sheehan has done more to truly earn the title ‘legendary’ than most.  He has shot everybody including Radiohead, Madonna, The Smiths, Mick Jagger, Siouxsie Sioux, Neil Young, Coldplay, Snoop Dog and many many more for countless publications over the decades.  His latest project has been delving into his archives to produce quality and luxurious photography books on artists he has had a close and productive relationship with. In the last 12 months with Flood Gallery Publishing, he has also produced limited edition publications featuring Paul Weller and The Cure.  https://www.thefloodgallery.com/collections/tom-sheehan

Sylvia Patterson is an acclaimed music journalist and author of the COSTA shortlisted memoir ‘I’m Not With The Band’ (BBC Radio 1 Annie Nightingale Book Of The Year 2016) who has interviewed the Manics throughout her career for Smash Hits, NME and Q Magazine.

You Love Us: Manic Street Preachers In Photographs 1991-2001 by Tom Sheehan

The band are currently starting work on their new album, the follow up to 2014’s critically acclaimed No. 2 album ‘Futurology’.  There is a Sky Arts Documentary broadcast on 15th April about the making of their fourth album ‘Everything Must Go’. ‘Escape From History’ was made by long time Manics collaborator Kieran Evans.  James Dean Bradfield has recently released his first film soundtrack for ‘The Chamber’.  In May they celebrate the 10th Anniversary of the release of ‘Send Away The Tigers’ – the band commented “Send Away The Tigers was a very important record for us, it gave us a new lease of life and helped us to rediscover our love of the band”.  The band will be playing several shows over the summer – see dates below.