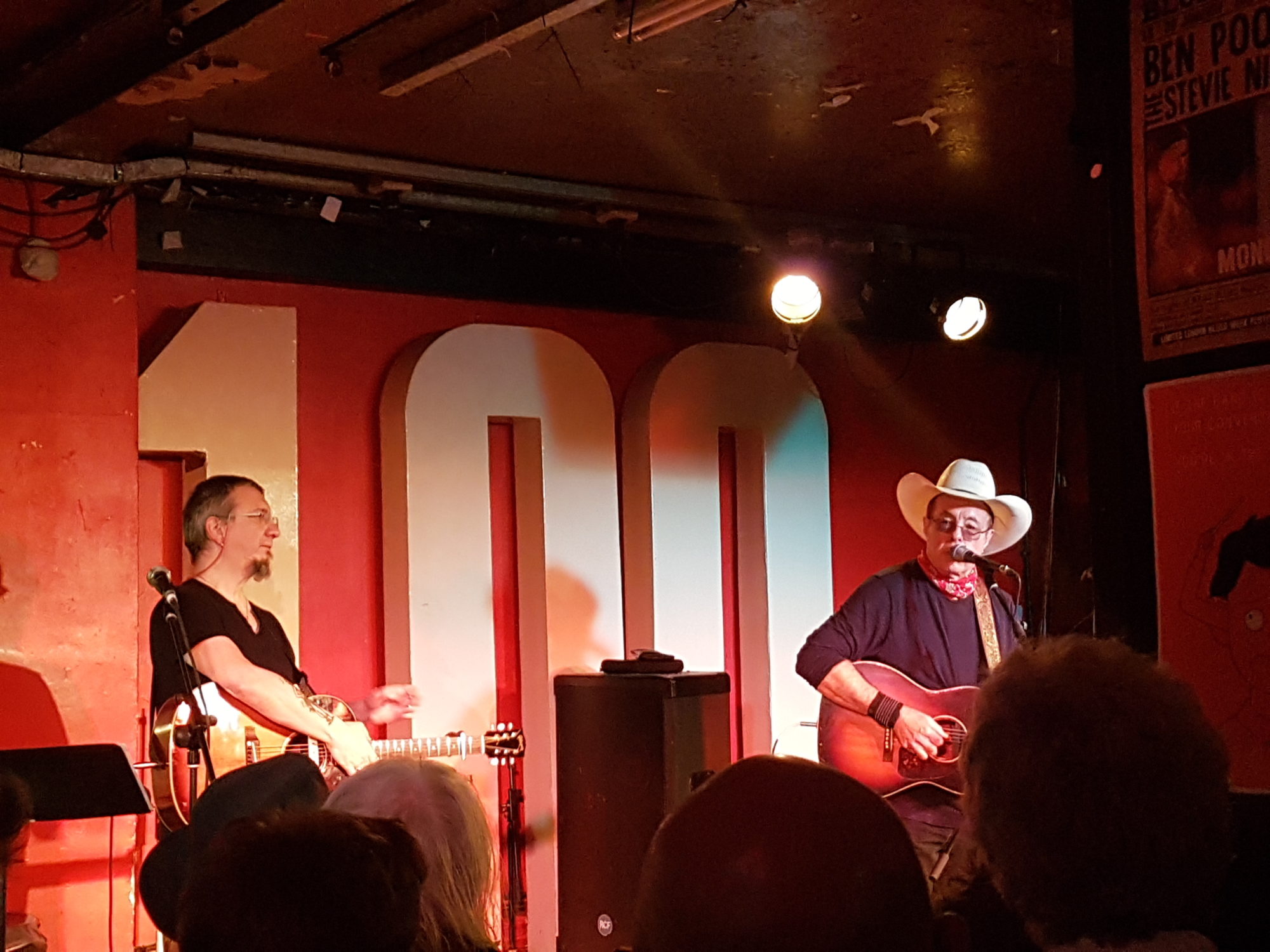 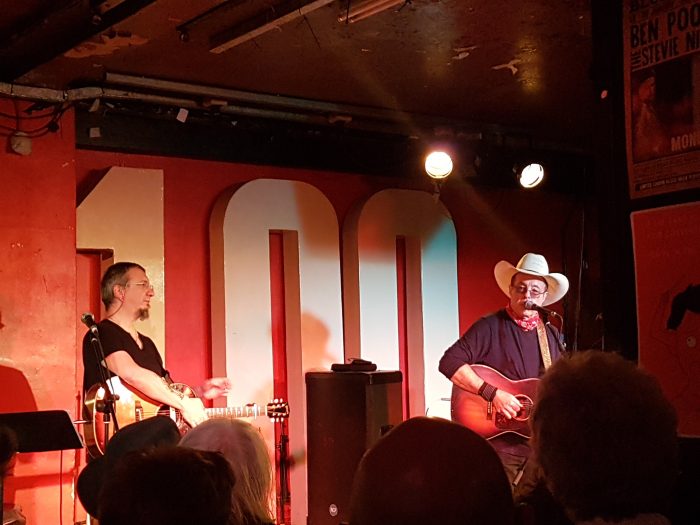 Tom Russell is currently promoting his recently released “Folk Hotel” LP. Louder Than War’s Craig Chaligne caught him on his London stop at the legendary 100 Club.

Thanks to his close association with Proper Records who have been putting out his albums in the UK for almost a decade now, the UK gets regularly treated with live dates by the American troubadour and his touring partner Italian guitarist Max De Bernardi. The two have played hundreds of shows together and it’s a pleasure to hear (and watch) Max’s fluid solos wrapping themselves around Tom’s songs. Russell’s career has been a bit of a two-headed beast, many of his songs have been covered by other artists which has enabled him to pursue his creative muse with minimal pressures from the record labels.

His encounters with the greats of the world of country and folk music provided much of the in between song stories (much of them hilarious, the punchline on the Johnny Cash one being particularly great). Mixing tracks from “Folk Hotel” with classics, Russell had the audience on the palm of his hand. The crowd cheered the cowboy anthem “Tonight We Ride” appreciatively and listened reverently to the quieter tracks (“Blue Wing”, “The Last Time I Saw Hank”). “Veteran’s Day” which was originally covered by Cash was played in a slightly slower fashion that suited it perfectly, our two hosts then proceeded to cover the Man In Black with gusto (“Folsom Prison Blues” and “Walk The Line”). Max De Bernardi’s instrumental prowess was given a special slot with the ragtime number “Too Tight” while Russell’s prophetic “Who’s Gonna Build Your Wall ?” penned more than a decade ago has found a new resonance thanks to the USA’s latest president. Russell’s time in Norway in the early eighties was chronicled in “St Olav’s Gate” (a time where our host had much success with the opposite sex) while him meeting his future wife Nadine inspired the gentle “Finding You”.