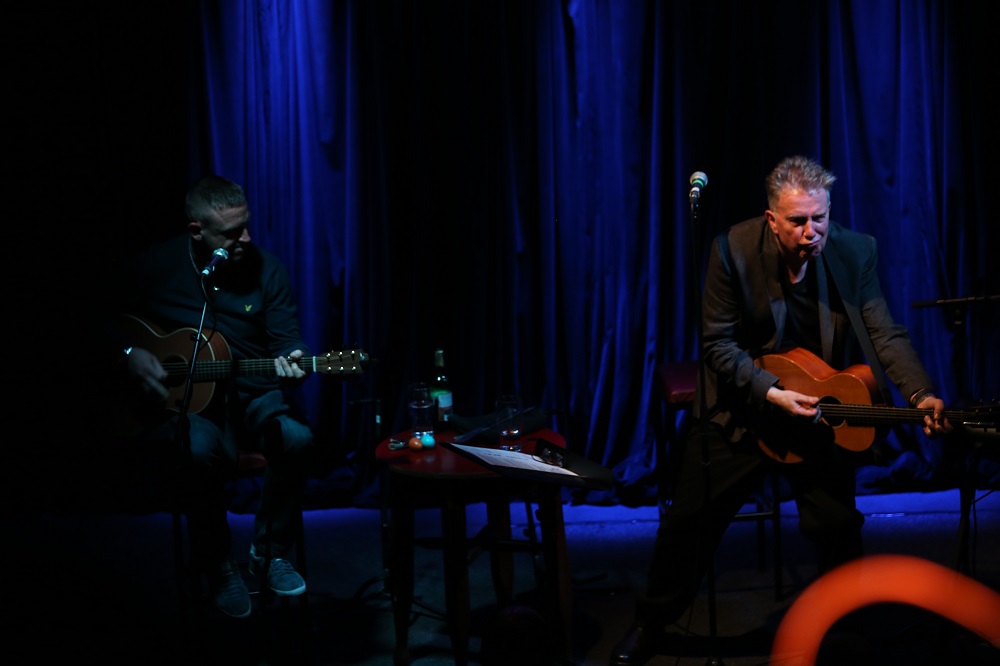 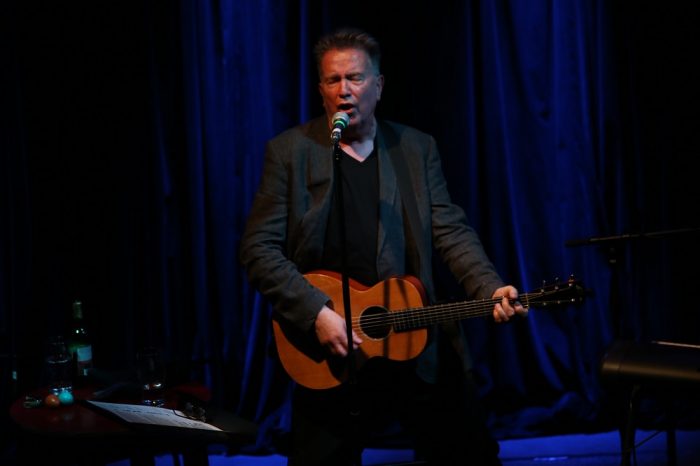 These days Tom Robinson is best known as a radio presenter but it is good news that one of our best songwriters has decided to get back on the road after a long break.

Given his veteran status these are less gigs, but more of ‘an audience with’ events, as Robinson uses key songs he has covered – or recorded – to reflect on his rich life. It is certainly format that works with this mature audience who lustily sing along at points encouraged by a beaming Robinson.

It all kicked off with a cover of You’ve Got To Hide Your Love Away as the 13 year old Robinson discovers he loves another boy at a time when homosexuality was taboo and could lead to a prison sentence. His subsequent breakdown leads to Finchden Manor for troubled boys where a visit by blues legend Alexis Korner shows the budding young rocker a glimpse of his future.

For the middle class Robinson this progressive haven introduced him to a new world and inspired a lovely acapella version of the classic Martin telling the tale of a young working class  car thief. Not surprisingly Bowie’s All You Pretty Things was a powerful affirmation of pride for a young gay man in the 1970s.

I didn’t know Robinson’s first band Café Society were signed to Ray Davies’ Konk label, which ended badly, but we did get a singlalong version of Sunny Afternoon which was great fun. Next step was punk as he forms the Tom Robinson Band who produced the classic Power In The Darkness album.

For younger members of the LGBTQ community they probably can’t conceive of a world where the only visible role models were John Inman or Larry Grayson, so Robinson’s defiant anthem Glad To Be Gay is still moving standing as a reminder that – thank god – we have moved on.

The first half ended with an upbeat rendition of his freak mega hit 2-4-6-8 Motorway, and when he comes back it is a more sober mediation of life on the way down from the hit parade as his new band Section 27 crashes and burns.

It’s not all doom and gloom as he gets to write songs with Elton John, but he eventually flees to Berlin where he knocks out the atmospheric War Baby which turns out be a surprise hit single. Whilst there he causes controversy by falling in love – shock, horror – with a woman causing a tabloid feeding frenzy. As Robinson puts it sexuality is complex so uses a musical analogy noting it is possible for a person to like both the Beatles and Radiohead without too much of a contradiction.

This charming show finishes with the title track of his lovely new album Only The Now showing his songwriting skills haven’t deserted him despite his long absence from the circuit. This is a show designed for grown-ups which uses music to illustrate how our society has changed for the better, and it’s fair to say on this evidence Tom Robinson played a small but significant role in that.