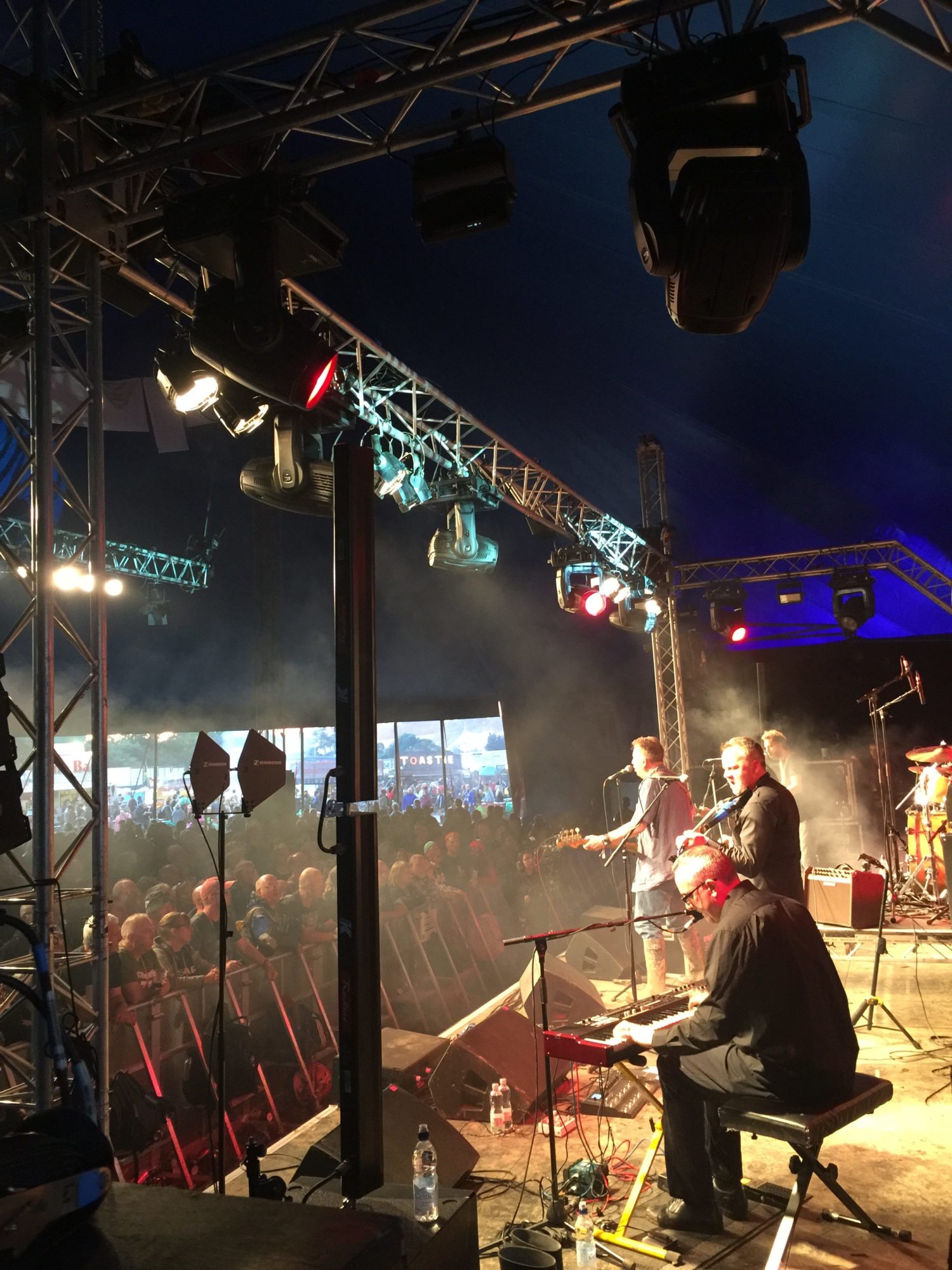 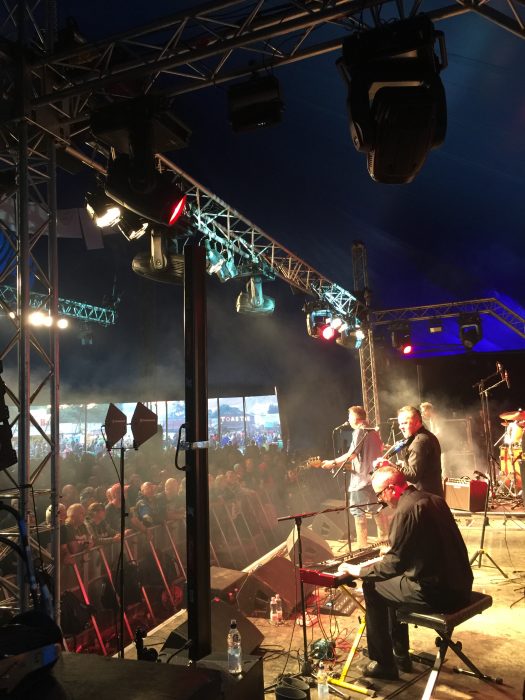 It’s been a good few decades since I last saw Tom Robinson own a stage.

These days he is better known as the affable presenter on 6music with an ear for new music which he does very well but tonight he is in his natural element. The Tom Robinson Band were one of this bands that arrived in the middle of punk with a longer history but quickly made sense of their times. With a social/political background in the early seventies folk scene and a couple of releases on the Kinks Konk label Tom Robinson was well placed to embrace punk and he was loved by the youth looking for an extra Clash.

It may have been a brief sojourn but songs like 2468 Motorway have kept in the frame with its stomping wedding reception boogie – the sign of a great song – one that transcends generations and occasions and tonight it gets as rousing a reception as ever.

The most moving moment is Glad To Be Gay – a rousing anthem that the whole audience, of whatever sexuality, sings with a full throated approval. Tom is in great voice and still slings that bass around and the band play with the right amount of power and finesse and it’s an inspiring hour.

The King Blues have returned after a difficult fallout but have regrouped like nothing has ever happened. Their audience is the same- the tent is packed for mass signalling of their catchy political pop punk and the band have re-enetered the frey at just the right time when voices have been called for again to lift the post Brexit gloom that hangs like the grey skies around Glasto.

Ferocious Dog are the new noise on the block – and are surprising everyone with their rapid ascent. There is no way they re following any hipster templates – fronted by a big burly man with a mohican who sings impassioned political songs of broken Britain whilst his band seethes like a punky Levellers – they are the music business’s worst nightmare – a great band who are going to make it without anyone’s permission. It helps that they also do this very well. Their set is end to end great songs and the passion is palpable – I’ve seen them a fw times over the years but never have they felt to urgent, so important.