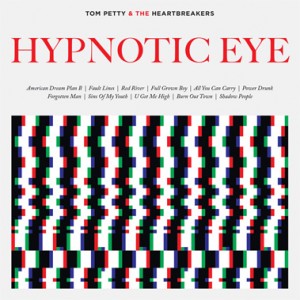 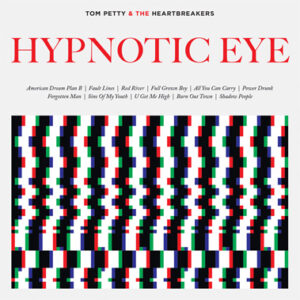 Tom Petty returns after a four year gap that saw him touring Europe for the first time in almost twenty years. His last effort with The Heartbreakers was Mojo, a blues based album more inclined to showcase the instrumental prowess of the band members than Petty’s sense of melody. It was a good effort but following Petty’s highly acclaimed 2006’s release Highway Companion was always going to be a tough one.

Recorded over a two year period Hypnotic Eye is celebrated everywhere in the press as a return to the band’s roots with most reviews referencing their first album that came out in 1976. Well after a few spins, I found it more a continuation of Mojo than a nod to their debut. The songs are shorter than on their previous effort but it’s still very bluesy with Scott Thurston’s harp playing popping up on several numbers (Burnt Out Town).

The record is a good one but it’s more a sum of its parts than one of highlights. You won’t find a song like You Wreck Me or American Girl on here. The opening number American Plan B combines an almost garage verse to a more melodic chorus with great effect. Fault Lines is a fantastic song that wouldn’t have been out of place on Wildflowers. There’s a loose theme throughout the album with songs often referencing people that missed the american dream and had to settle for hand to mouth existences (Forgotten Man, with it’s Bo-Diddley-ish beat, is a perfect example).

There’s also more tender moments with Sins Of my Youth on which Petty seems to be reflecting on his life as a rock ‘n’ roller (“Let me tell you the truth, I Love you more than the sins of my youth”) and that enables the Heartbreakers to showcase their versatility by turning the watts down and adding subtle touches with Mike Campbell’s guitar lines complementing the song perfectly. The closing track Shadow People, by far the longest on the album (nearing 7 minutes) is probably the one song that echoes their first two albums the most.