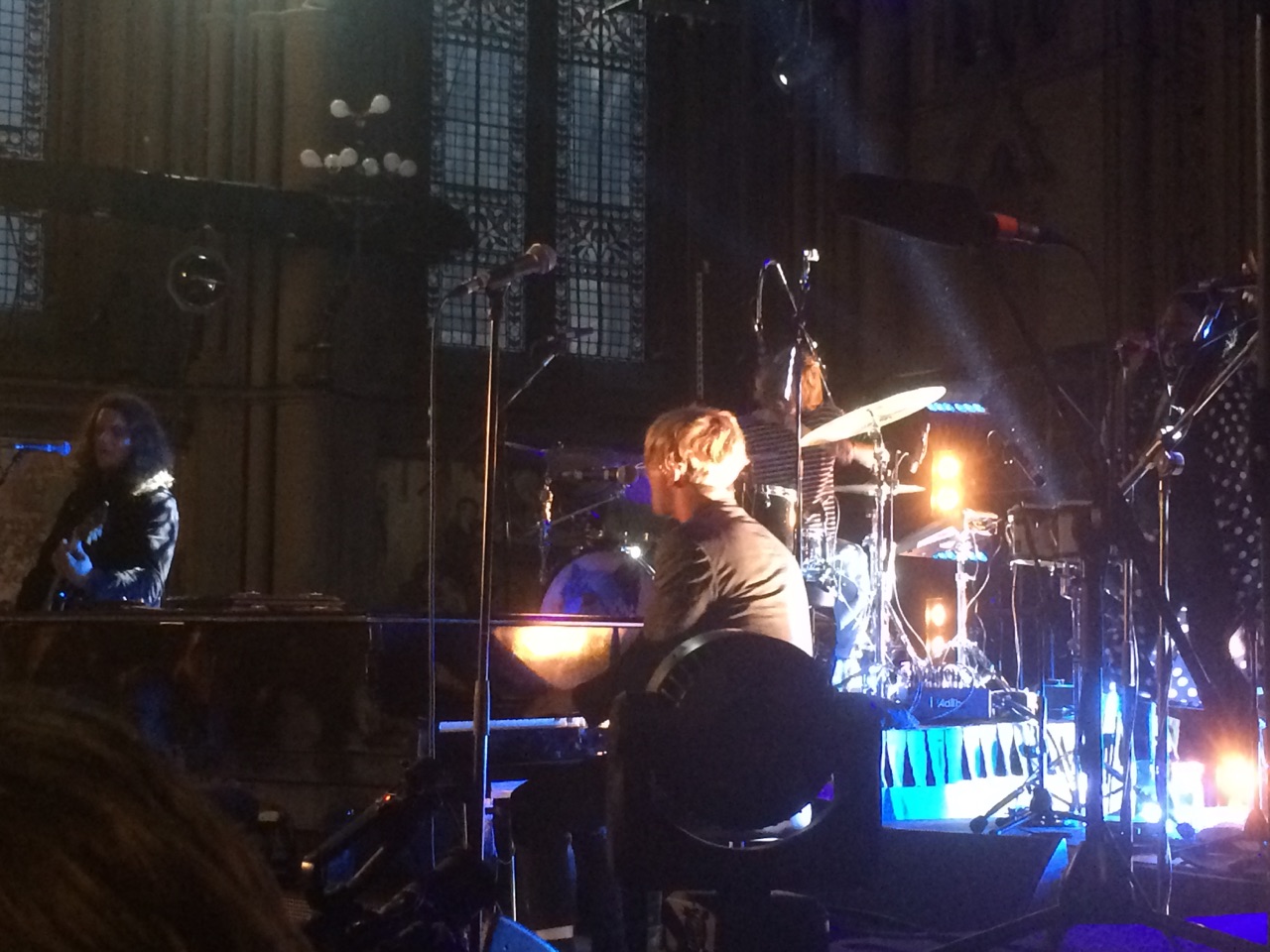 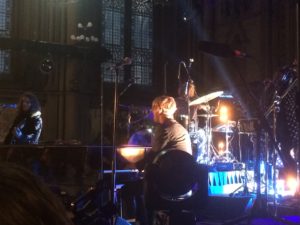 If I’m honest Tom Odell has rather passed me by despite a number one album, Long Way Down, and a surprise Ivor Novello award for songwriting. He always just seemed part of a crop of decent singer/songwriters who were all a bit anonymous.

So a special invite to this secret gig in the majestic Town Hall put on by a local radio station was a chance to see up close and personal what the fuss is all about.

Sauntering to his grand piano this affable middle class lad sat down and tinkled the opening bars of new song Still Getting Used To Being Alone showing how his songwriting has really matured. It also set the evening’s tone of subtle openings showcasing Odell’s powerful voice, and heartfelt lyrics, before his band launch in.

There is clearly some money behind this artist as Wrong Crowd went in at number two in June so he’d hired a talented band who got his shtick apart from one of the worst drummers I’ve ever seen. No Charlie Watts ‘less is more’ drumming for him, but a relentless assault on his kit – particularly the crash cymbals – through every song no matter how subtle.

I Know is a typically tortured love song which makes you wonder how much heartbreak one young man can take. Can’t Pretend from his debut finally got this crowd of competition winners going as he started to find his stride. New song Concrete really benefited from being stripped back as Odell let rip through his impressive vocal range.

The odd thing about this gig is here’s an artist with two massive selling albums, who has been around for a while, but lacks real stage craft. He hardly spoke to the audience who are fans enough to be bothered to enter a competition to be here, and yet Odell seems to prefer dancing with the band rather than getting the crowd going during the long intro into Sparrow.

I don’t suppose it matters too much when you can bang out a tune as moving as Grow Old With Me which is a monumental power ballad as even the drummer managed to dial it back. Finally, it was just Odell and his piano for Here I Am as the band harmonised around him quite beautifully.

Odell kept the best for last cutting free bashing his way through an energised Magnetised, as arms finally stated waving in the air for some belated, but deserved, adulation.

Tom Odell is the sort of sincere artist that it’s ok to like if you can’t stand the sight of Chris Martin, which let’s face it is anyone who likes music. He certainly has the songwriting chops so all he has to so now is sack the drummer, plus try to engage more with his fans, and stadium glory surely beckons.

~
Tom Odell can be found online here tomodell.com. He is also on Facebook and tweet as @TomPeterOdell.