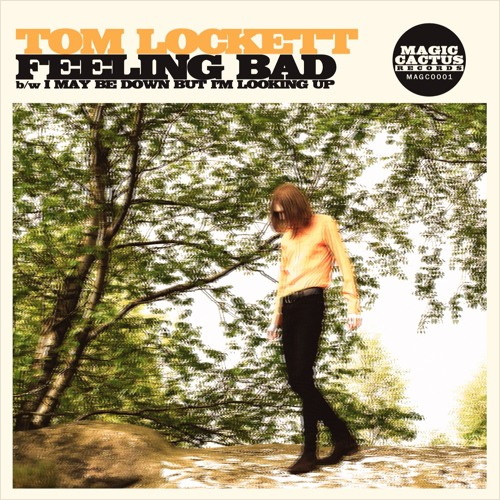 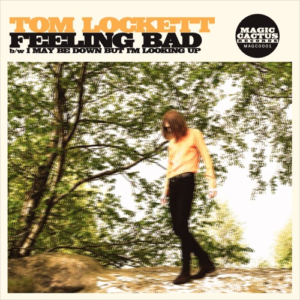 When I first came across Tom Lockett, he was singing with the supernaturally great Electroshock Therapy. This young four-piece gigged in and around Stoke for a couple of years, causing jaws to hit the floor with their uncanny ability to nail the exact moment in 1965 when The Seeds and the Thirteenth Floor Elevators saw the psychedelic light and began to morph from superior beat groups into something altogether more wonderful. You can spend your life watching bands desperately trying to tap into that kind of magic, so to see these unassuming lads quietly amble onstage, tune up and then effortlessly turn it on was always a special occasion. I never knew how they did it. They clearly weren’t the types to have mechanically copied stuff from their dad’s record collections – their sound was far too organic for that, and they were much too immersed in it. But how else were four twenty-first century boys from the English midlands channeling this all-American counter-cultural power? Talent, that’s how. Talent and taste.

Tom’s now embarked on a solo venture and, again, he’s chosen to walk some rather unlikely-seeming musical paths. ‘The Great Depression on acid’ is one way he’s chosen to characterise it, but don’t let that lead you to expect any self-pitying, woe-is-me dirge. Debut single ‘Feeling Bad’, despite the title, is actually a buck-your-ideas-up manifesto set to a honky-tonk bar-room blues with its roots deep in the 1930s. Thankfully, depression is meant historically rather than emotionally. At this rate of chronological regression, however, Tom’s next career move is likely to see him whacking out a few music hall hits or saucy Edwardian parlour classics. I imagine he’d be bloody good at those, as well.

For now, though, Feeling Bad and its flipside I May Be Down But I’m Looking Up are great to have around. Authenticity nerds will relish the vintage instrumentation and mono mix, while the rest of us get on with enjoying the Blonde on Blonde boogie and hollerin’ at the barkeep for another quart. Tom and his brother Dan, also a former Electroshocker, have founded Magic Cactus Records and Feeling Bad will be the label’s first release. Pre-order now for a 5th August CD or download release, and keep an eye out for Tom from now on, because if anyone can conjure unlikely magic from the overlooked elements in pop’s great chemistry set, it’s him.