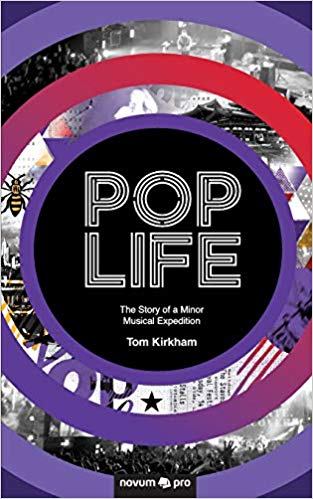 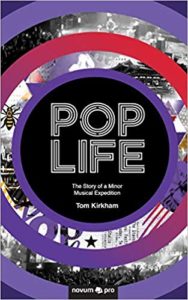 If you are a lover of any sort of music and are a regular gig goer, then I’m sure you’ll relate to Tom’s tale of challenging himself with going to a gig a week over the course of a twelve-month period. The book looks at the relationships he has with himself, his friends & family and with the music itself.

Often told with humour, with other elements of his story touching a raw nerve, it is a tale of the human condition and triumph over adversity. It paints a picture of someone who is at times struggling but ultimately falling in love with music again and maintains a gritty determination to complete what he started, with music emerging as the all-conquering hero.

Tom was inspired to write this book after a turbulent couple of years in his life ultimately leading to extended periods of anxiety and depression which were exacerbated by the death of one of his musical heroes, and influence on the book title, Prince, shortly after getting a tattoo tribute to another recently departed one-off icon, Bowie.

A music lover from an early age and continuing to discovering music new and old throughout his life, music is Tom’s release and his passion and was and as a form of therapy, is his saviour. Not restricted himself to specific musical labels, styles or scenes, his choice of music is somewhat eclectic, from the aforementioned Bowie and Prince to Steely Dan, The Smiths, Divine Comedy, Fields of the Nephilim & Marilyn Manson among them, and including revisiting an unhealthy youthful six-month obsession with Amy Lee from Evanescence. We’ve all had those phases – my unhealthy obsession was with Toyah. It continues to this day…

Despite being challenged by his mental health, Tom has great resolve and determination to overcome these, along with several other hurdles such as physical illness and overseas travel. These included trying to find suitable (or any) gigs in the likes of Tromso (Svein & Birkir) while dealing with extortionate prices and almost permanent darkness to finding suitable gig-mates to attend with him, managed ultimately through inspiring, cajoling or generally dragging friends along.

There was a variety of gigs to take in along the way from gigs featuring well-established acts, from the likes of Neil Young, Killing Joke and James/The Charlatans to smaller club gigs from recognised names and newer acts alike – Frightened Rabbit, Pete Doherty & Ladyhawke to Adia Victoria & Yumi Zouma.
Other gigs attended could be described as “any port in a storm” (a few at his local heavy metal/rock venue/pub) as well as others which saw Tom debating with himself on whether they could actually be described as a gig and therefore qualified as part of his overall achievement. The quality of the gigs varied greatly also, sometimes with heart sinking disappointment, and others making him surprisingly impressed or astonished about what he was witnessing.

As well as his core story, there are little details throughout the book that pique your interest, from little amusing asides, to fascinating information, both music and non-music related, relevant to the date of each gig attended – including the birth dates of various artistes and news events from that date in history.

An engaging read that will pull you into Tom’s journey and have you willing him on to success and happiness while cementing the importance of music in maintaining the rhythm of life and how it gets under your skin to feed your body and soul.

Get the book in paperback format or Kindle Edition here.

All words by Neil Hodge. More writing by Neil on Louder Than War can be found at his authors archive. You can also find Neil online at his blog the gingerquiff