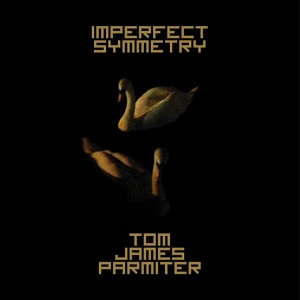 It’s a shame that ambient music has, in some quarters such a bad reputation. It’s long, wistful tones sometimes extending for minutes with the slightest of additions in terms of yet another long wistful tone is off-putting for many. What lies beneath this unfair reputation is often musicians of quite extraordinary talent and an ear for what sounds and feels musically compatible.

Tom James Parmiter is seems is one such musician. Using ambient backings as a base to his accomplished piano playing he has created an album of wonderment and interest which deserves several listens to fully appreciate. As a one-off its tracks can be easily forgotten but on further listens the true beauty and talent shines.

On the title track a lovely repeated piano riff is joined by incredibly light synthesized percussion bringing a fresh early morning sunrise feeling to the proceedings. Its Parmiter’s approach to his music ‘building’ that is of particular interest, essentially influenced by filmic composers of the likes of Michael Nyman and John Barry creating massive soundscapes which deserve extreme exploration of a grand scale.

Possibly sounding typecast, it really is music to relax to, but it’s also highly entertaining and emotive in its own right to. Aftermath has the makings of a grand intro to a rock anthem and maybe prog-rock artists of bygone eras would have loved him in their line-ups.

As the follow-up to 2011s Providence this new collection is less harsh and less complicated, instead relying on sound shifting and the creation of dramatic and wholesome textures. Piano Interlude does exactly what it says on the album sleeve and is sleepy and well-placed.

It’s an interesting album and one of great quality, and Tom should be applauded for making such a beast. It’s a breath of fresh air and displays a talent far exceeding his obvious young years. Given time, he could well become a firmly established name, but in the meantime have a listen to Imperfect Symmetry and enjoy a young man with a lot to offer.

The Tim James Parmiter website is here and you can hear more of his music on Bandcamp here.