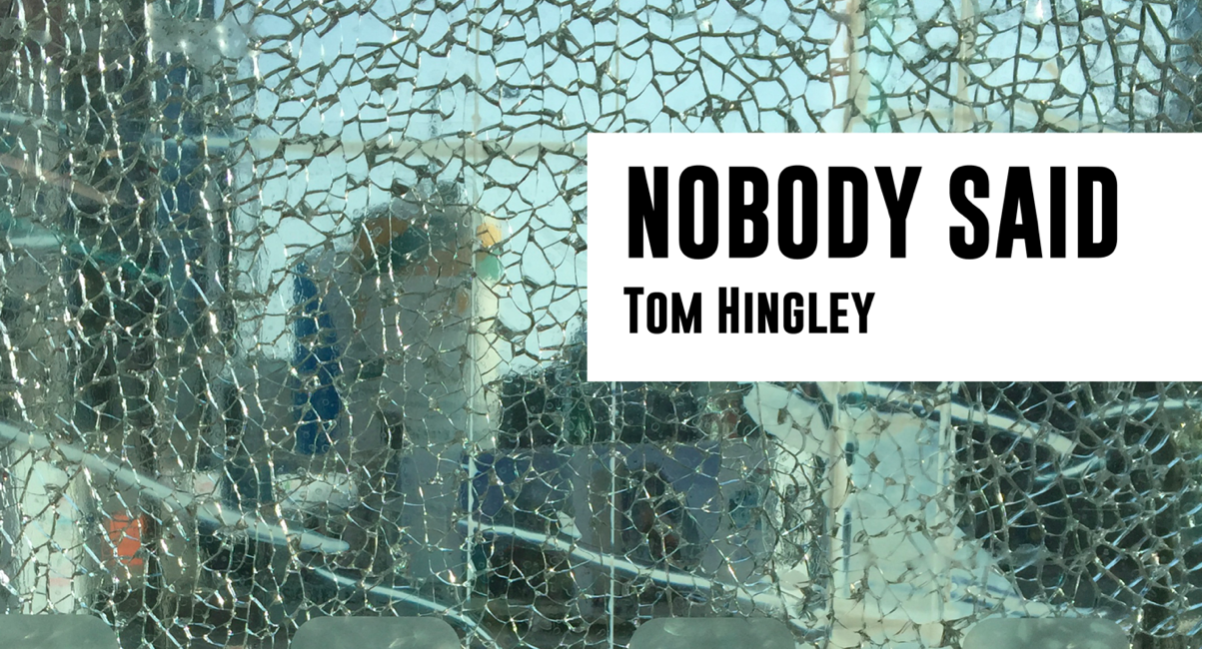 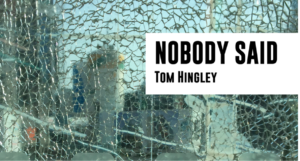 ‘Nobody Said’ is the new solo single by Tom Hingley (Inspiral Carpets, The Lovers, Too Much Texas , Tom Hingley Band).

Written with childhood friend and neighbour Will Rayson, it is a brooding soaring ballad , impressing shifting emotional tectonic plates of love lost, passion spent and regretted refuted and burnt up.

We are living through difficult times where you could easily find yourself on the scrap heap, out of touch, extinct and with a massive curve ball being thrown as to the worldview – Brexit, Trump, North Korea etc.

It is taken from the forthcoming expanded and extended 2017 acoustic album ‘Keep Britain Untidy’ (KBU) which was originally released in Tony Blair’s devolutionary epoch of 2001.

Tom’s own thoughts on the single are:

‘Hopefully we can all find something in the wake of loss, we can all create an imaginative space from absence of love or a person, my music makes that darkness visible’

Whilst Inspiral Carpets uber fan Danny Minton has said of the track:

‘What a bloody fantastic song’

Now we all know that Danny may be slightly biased but he’s definitely 100% right !

Down by the Jetty

Mono recording, black and white cover, I bought it in Woolworths had to take the first copy back because it was pressed so badly, they probably got san extra chart placing because I bought it again

Pub Rock British Rhythm and Blues, forefathers of Prog Rock and enemies of prog rock Wilko Johnson playing his telecaster through an H&H transistor amp, Lee Brilleaux howling like a (Howling )Wolf this was the only way is Essex back in the 1970’w with tales of pubs, brass and punch ups

1970’s Soul, Green recorded this album after sacking his MD, the guitars are out of tune, no reverb on his splendid vocals, God sex and high camp coexist on a classic album of born again sing a longs, check out his falsetto, stand out tracks ‘I Feel Good’, ‘Belle”

a contractual obligation album Hendrix owed to Capitol Records, it is a mixture of tracks recorded live at two shows at the Fillmore East January 1 1970, with his long time friends Bill Cox on bass and Buddy Miles on drums. Its raw, acid rock, we used to listen to this stoned in 1979, stand out tracks ‘Machine Gun’ which lyrics are as present today as they were back then, and Changes. I always hear something new when I hear this record.

Sexy synthesiser pioneer’s who studied classic music in Dusseldorf, originally a side branch of Krautrock Faust

The Man Machine is like an almanac of post second world war German reconstruction, with its focus on machinery, trains, computers, robots, funky and Teutonic, it shows what an excellent sense of humour Germans can have. Neon lights lyrics almost completely copy those of LA Women’ “city at night, city of lights” but we don’t hear these humorous distortions of Americana. Influential as Fuck, never bettered, sounds equally good through tiny mobile speakers stuck in a sink in a hotel to make them louder, or coming out of God’s sound system. Terrific

So much said about this record already, but the lyrics still sound fresh today despite Mr. Lydon’s rabble rousing trouble making support of Trump and Brexit, surely in 2017 there really is ‘no future in England’s dreaming’

Cabaret Rock and Roll with anarchist lyrics is a surreal idea, I don’t buy McLaren’s canard that the band couldn’t play, certainly not with Glen Matlock on bass, Steve Jones is best British guitarist ever, equally underrated. Vocals are wonderful. They sound like they were having fun in the recording studio, I would have loved to have seen the faxes of the EMI staff when they heard them selves being terrorised on the song of that name. A pop record really. Still fresh now.