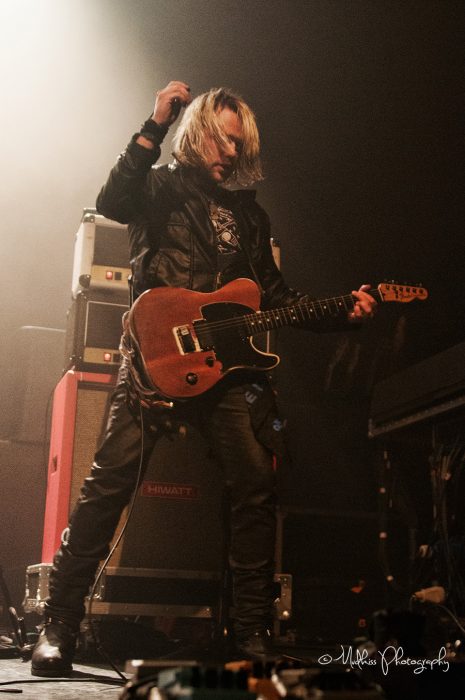 Tom was on tour with the band as part of the North American Kings of the Wild Frontier tour that began two nights ago in Washington DC. He was found unresponsive then rushed to the hospital where he passed away yesterday in the late afternoon.
An autopsy is pending. No further details are known at this time.

Tom was an esteemed guitarist throughout his career and had played with Roddy Frame, Fields of the Nephilim, Rebelles, Edwyn Collins, Andrea Corrs, Arno Castens and Spiderbites.
“On behalf of Adam and his band, we thank all of you for your best wishes and support during this most difficult time, Tom shared his musical gifts with the world and his spirit will live on forever.”

In order to pay respects to their honored bandmate, Adam and his band have postponed their upcoming concerts at The Keswick Theatre in Philadelphia (January 26) and Webster Hall in New York City (January 27), but will resume the tour at the Danforth Music Hall in Toronto (January 29).

June 6, 2017
We use cookies to ensure that we give you the best experience on our website. If you continue to use this site we will assume that you are happy with it.Ok