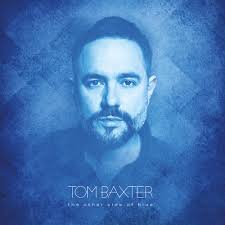 A Louder Than War premiere of The Ballad Of Davey Graham by esteemed song-craftsmen Tom Baxter. Out on general release tomorrow, we get a day’s heads up to share exclusively.

The new single is taken from Tom’s forthcoming album, The Other Side Of Blue, due for release via The Orchard on August 17.

Admired by the likes of Tom Waits and Rufus Wainwright, The Other Side Of Blue follows the self-funded Skybound and a turbulent decade for Baxter – years which have seen him divorce, re-marry, pen an Ivor Novello-nominated track, and travel to the far stretches of the world – India, Spain, Brazil and LA (amongst many others) to boot. The forthcoming record finds Baxter stripping his sound to the bare essentials, free from what he terms ‘production camouflage’ – performed entirely solo using just piano and guitar.