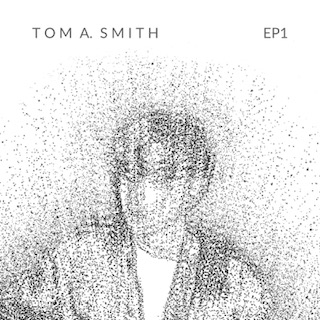 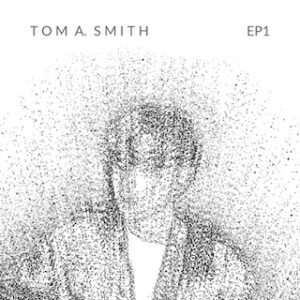 The debut EP, produced by Larry Hibbitt (Nothing But Thieves/The Snuts/Sea Girls/Lauren Hibbert; is promoted by the delicate Boltcutters. It’s one of the more humbled moments on the collection. Stripping back much of his usually raw, indie-rock aesthetic in exchange for a breezy solo guitar, Smith swoons through his latest effort, and offers up a more dynamic side to his impactful persona. He said of Boltcutters, “It came from an idea about not wanting to fall for someone and them using all their powers for it to work. A bit of fun compared to the heavy stuff. Love playing it live as I have people singing it back already.” The track reminds me a little of Jake Bugg, and shows a different side to Smith with it’s lilting melody and deft fingerpicking.

Also included on the EP are previously released eurphoric rush of Wolves and blistering Dragonfly. The EP is completed by the gritty, dirty Arctic Monkeys blues of Convince Yourself and Crucify Me. The latter is an intimate demo Which I doubt could be bested in a studio.

LTW: You’ve just released your first full length EP. How does it feel?

TAS: I’m relieved more than anything.  I’ve got so many songs that I want to share with people that this really feels like the start.  I like how the EP has a little bit of everything that I can do but it’s also just the start.  I’ve worked very hard in the background to make sure I’m good at what I do, so that means practicing non-stop, practicing writing, recording, performing and learning my craft.  I know when I have a body of work released people will enjoy it.

Was it always part of your plan to write and release your own material?

It was my only plan,  I’ve used covers as a way of learning the art of songwriting but anyone can perform somebody else’s work.  Where is the fun in that?  I’m not sure how you can be authentic if you aren’t performing something you believe in and for me if I’ve written it, agonised over the production and instruments used and really love it.  There was no point in releasing things for the sake of it so I used Lockdown to get better at telling a story.  I can’t wait for you to hear the rest to be honest.

You clearly have a gift for being able to pick up and adapt other people’s songs to perform, has writing your own material come naturally as well?

I honestly don’t believe anything comes naturally, you have to learn how to do it and practice it as much as you can and then people tell you that you are a natural.  I’ve really studied the art of what makes a good song and tried to put that into practice. Time will tell if I’m good enough but I now naturally know how to structure my songs to at least make them sound different from each other and that’s because of practice more than anything.  I love the whole process of creating a song.

Performance wise you’re a veteren after starting at such a young age, I guess I need to ask how it all started?

I started getting lessons from members of a band called Detroit Social Club and they (probably for a laugh) got me to support them when I was 8, I got the bug then and managed to get some high profile gigs mainly by doing covers of their songs.  I was lucky to be supported by some really talented people but I worked hard at it too.

How quickly did ‘established’ musicians’ pick up on it? I remember seeing you on Facebook performing New Order tracks

Straight away really.  I think a Stone Roses cover of Tightrope was the first one to get a lot of interest and members of Oasis and all sorts shared it, but I think my parents made a point of limiting any exposure I got.  They hated the thought of being a novelty act or being exploited so stopped anything major from happening until I was old enough. I got messages from some artists asking me to do covers of their songs as they were getting a lot of views on socials.

Did it surprise you that you got a following and your ‘heroes’ were into you as well?

I doubt anyone was into me but because I would choose carefully what I covered they would tend to be flattered and share it and occasionally get a gig offer from it which I loved.  I’d try not to irritate them by constantly messaging and in turn they were really supportive.

Have you interest outside of music?

Xbox and Sunderland AFC,  I have to stop myself constantly playing FIFA or COD as it takes over your life.  One of the reasons I got prolific at song writing is I treat it as a job and work on it 9-5 Monday to Friday in lockdown just to stop me wasting my time gaming 24/7.. I love watching Sunderland and know one day they wont completely disappoint me.

How much has your Dad saved on gig tickets being your ‘plus one’ over the years?

I asked him and he instantly reacted to that and reminded me of the cost of lessons and how much it’s currently costing to drive me round the country performing.  Doubtful if I could do anything without him really but he loves music as much as I do so he owes me really.

Do you ever get ‘starstruck’ or is it like water off a ducks back now?

Every proper star I’ve met has been absolutely lovely and everyone who thinks they are one hasn’t.  I don’t get starstruck but I genuinely appreciate how hard the ones who are really good work.  We met Florence Welsh the day after she’d headlined Glastonbury and stood and watched Paulo Nutini (I think) and she was just mint.  They’re all just people though,  I’ve watched people I knew before they were famous become huge and can honestly say they are just as class now as they were.  They just have less time!

I believe you and your family are big Sunderland fans, have you performed at Stadium Of Light? Is that one for the bucket list?

I played there at an England International when I was 12 or 13 and also at a Derby game with Newcastle.  Imagine being a support in a full stadium for a gig though, that would be ridiculous.  I’d love that.  Back to the starstruck question I’d get star struck if I met Jermain Defoe again

You’ve been performing recently with Overpass and have a number of dates coming up for 2022, which are you most looking forward to?

Neighbourhood Weekender and Liverpool Sound City look massive, I’ve got a festival abroad that’s not announced too which is exciting.  I’ve always loved festivals so any of them really.  Talking about Overpass I think they stand a good chance of doing well because not only do they have the songs, they are lovely people too. Probably my favourite gig so far because people were singing my songs back to us.

Are there any bands or artists you are are looking forward to seeing or would like to support?

I’m loving seeing The Mysterines doing well and love watching them but I’ll happily support anyone that can put me in front of a bigger audience.  I’m confident we (the band) can impress anyone in front of us.  Can you imagine supporting Paul McCartney or the Rolling Stones though? That would be ridiculous.  LCD Soundsystem would be crazy but give me an Olivia Rodrigo gig any day!

Are there plans for EP2?

It’s all recorded already and ready for release. I’ve got loads of songs and I think it’s important we get a body of work out quickly.  They’ve all been produced by Larry Hibbitt and we work so well together.  I think he’s actually incredible.  He loves the art of making weird noises and one of the tracks had me recording into an old tape recorder and then messing with the speed it played back.  I think EP2 is massive!

Which artist would you like to see cover one of your songs? Which would it be and why?

I used to love Catfish’s covers on the live lounge so they would be good, but if not Taylor Swift would be a great one.  I think she’d nail Boltcutters.  I’d like (Taylor’s Version) after the title too!! Then if Bruce Springsteen fancied a go at Crucify Me that would be cool too.

What are your favourite 5 songs you have covered?

Billy Bragg  – A New England (my favourite song)
Stone Roses – Tightrope (those harmonies!)
The Smiths – Please Please Please Let Me Get What I want (It’s perfect isn’t it?)
James – Five O (Covered the whole album but this was my favourite)
Oasis – Bring It On Down (surprised myself as didn’t really rate the song and it went down really well)

Catch Tom A. Smith performing later in the year at… 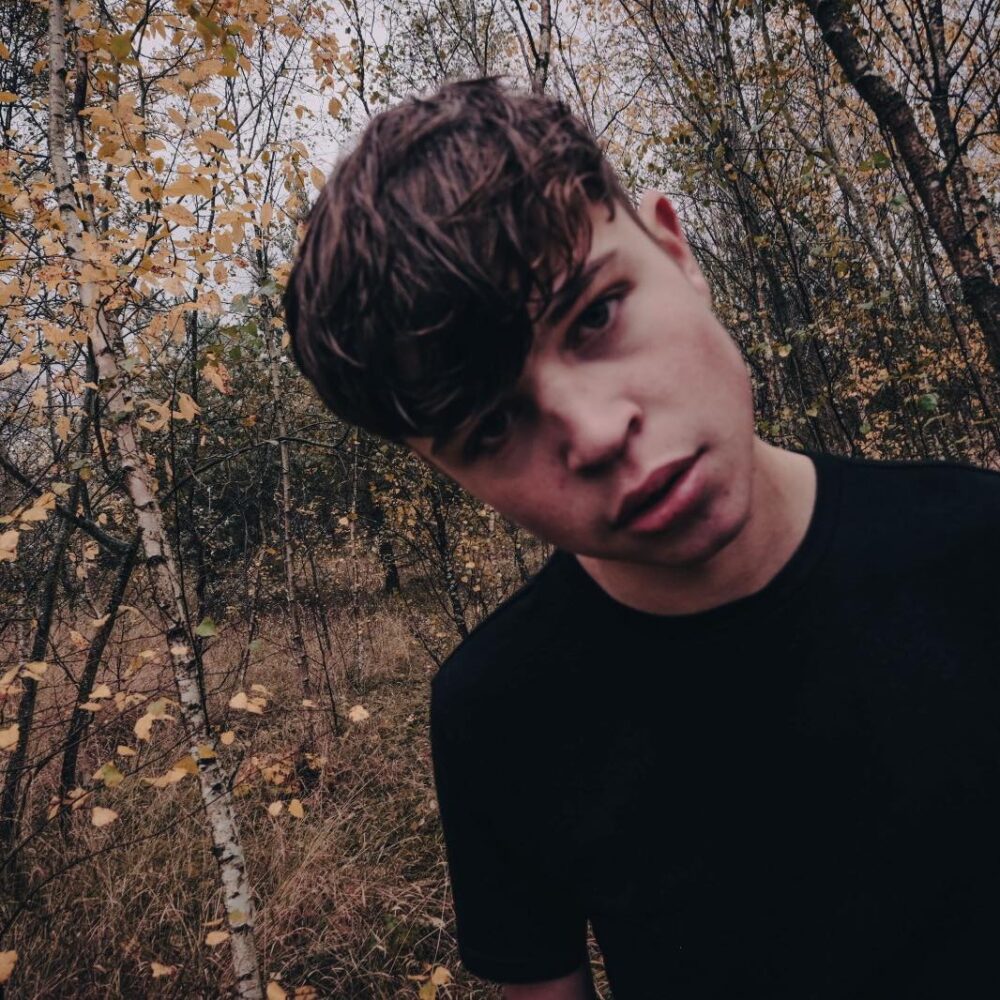