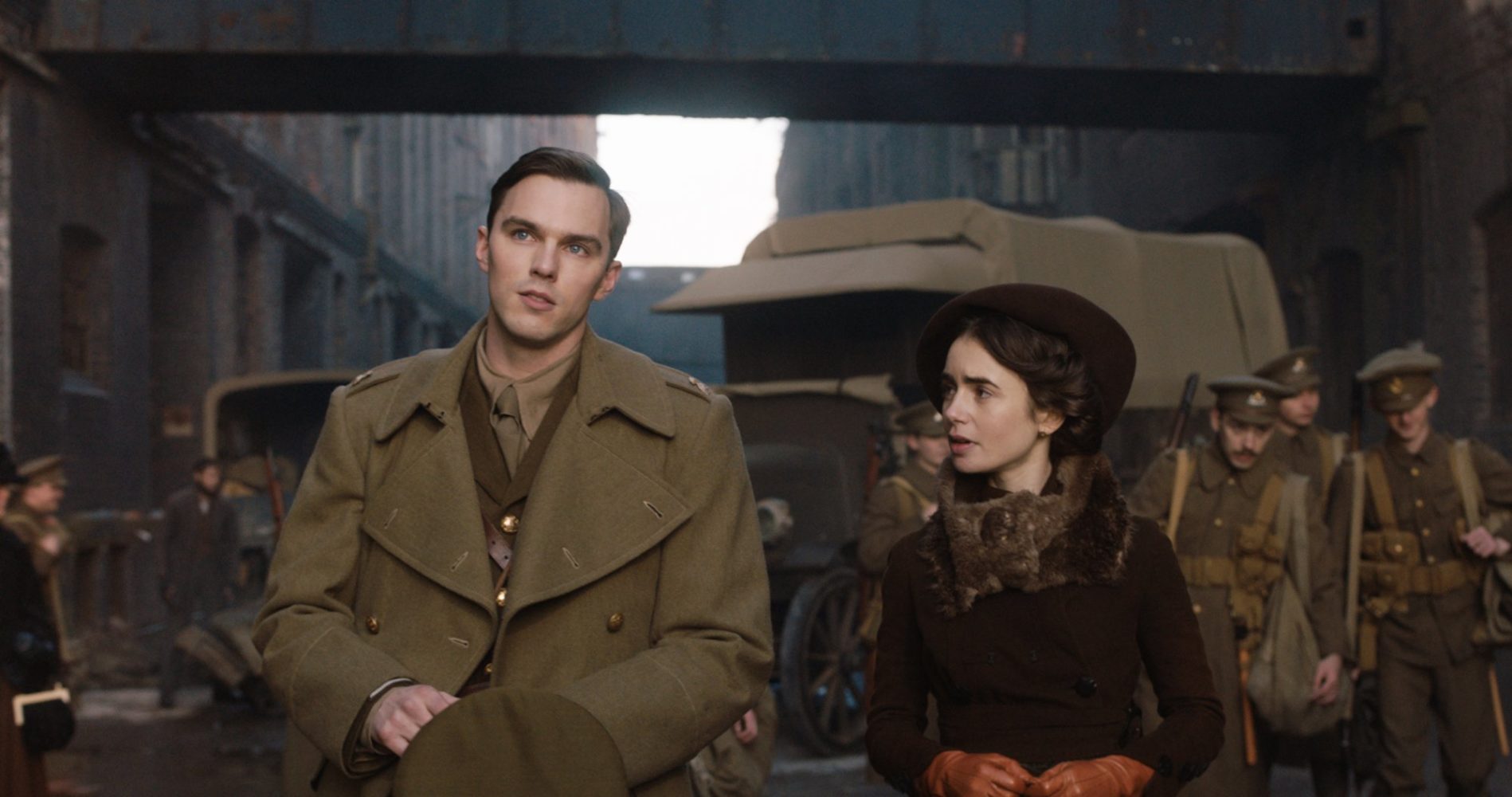 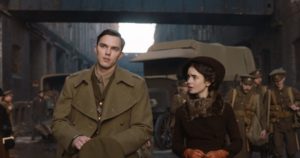 Exploring the early life of  J.R.R Tolkien, Jonathan Bradshaw learns how war, friendship and love inspired him to write his acclaimed Lord of the Rings and The Hobbit novels.

Opening in the mud-soaked trenches of the Somme, John Ronald Reuel Tolkien (Nicholas Hoult) awakes from his slumber and begins a search for his childhood friend Geoffrey who is at the frontline. During his search for his friend, Tolkien recounts the important events that have brought him to where he is now.

The narrative then cuts back and forth from his early years at boarding school to the hellish landscapes of World War I. We begin to see the influences on the young Tolkien as he goes on a journey through adolescence into adulthood, with many trials and tribulations along the way.

The theme of journey is recurrent throughout the film and Tolkien himself goes on a number of them. In the first flashback to his childhood we see the young Tolkien and his brother Hilary are to be sent to Birmingham as the family can’t afford to stay in their Worchestershire country home after the death of their father. Then loss hits our hero as his mother passes away and he’s informed by his guardian Father Francis Morgan (Colm Meaney) he is to be sent to a boarding school. In reality Mabel Tolkien died of Type 1 diabetes at the age of 34 but the film doesn’t inform us about that, a deliberate choice by Karukoski I think.

While at an upper-crust boarding school, Tolkien meets a group of like-minded pupils who, like him, enjoy poetry and art. These boys enjoy regular meetings at the Barrows Tea Shop where they discuss culture and play chess, much to the chagrin of the older patrons. Karukoski made good casting choices as the young boys play really well off each other and give the film a warmth that persists throughout. This group eventually become a ‘fellowship’ that promise to stick together come what may.

Just as soon as the boys are introduced, we meet Tolkien’s love interest Edith Bratt (Lily Collins) who is a free-spirited but repressed soul as she longs to be free of the school and go to the opera at the local concert hall. Collins and Hoult have a chemistry that can be clichéd at times, but overall it’s a loving relationship that gives Tolkien a lot of inspiration that he eventually puts into his writings. Bratt also engages with the language that Tolkien creates and tells him how to make it more ‘romantic’. The camera frames Edith as heavenly and elven when they are together in a forest and in the alleyway of the opera, and no doubt filling Tolkien’s mind with an assortment of ideas.

Going back to the Somme, we begin to see how the war affected Tolkien’s mind and inspired the evil of Sauron and Mordor. We see dragons spouting fire that morph into Germans equipped with flamethrowers. I do feel however that the references become very heavy-handed at times, as the battle has an orange tint to it and a shadow of Sauron appears. With that said, the trenches and no man’s land feel very authentic and the charge across is very visceral, so it’s not hard to see how Tolkien was affected by the battle. It is a shame however, that the battle sequences aren’t longer, but then this isn’t a film focused on the Somme, but on our protagonist.

Tolkien makes the acquaintance of languages professor Joseph Wright (Derek Jacobi) who becomes a mentor figure for the young man, and looks and acts like a figure who later appears in the Lord of the Rings novels. While studying hard, the war breaks out and Tolkien himself goes on a dangerous quest for king and country, and thus brings the narrative back to the present.

While this film does deal with Lord of the Rings and Hobbit lore, it is a very different film to that series, both visually and tonally. It persists with a warm tone that reflects Tolkien’s hopes and ambitions for a world he has created with his own imagination. The film also requires viewers to make up their own minds as to his world, as the film showcases the fantasy elements yet offers no explanation. A good use of ‘less is more’? Who knows, but it does a decent enough job working with the lore of a world beloved by millions.

Watch the trailer for Tolkien here: