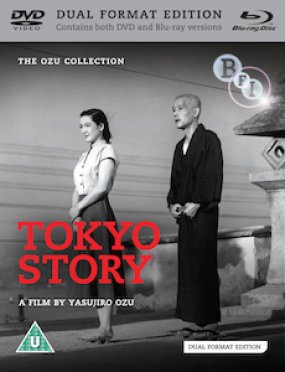 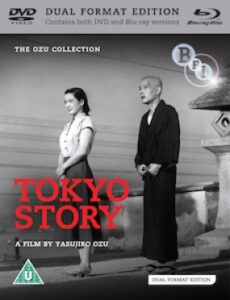 Jamie Havlin assesses one of the most critically acclaimed films ever made, Yasujiro Ozu’s Tokyo Story.

The plot of Tokyo Story is simple and would strike few as the basis for one of the most popular films to ever emerge from the Far East.

Shūkichi Hirayama and his wife Tomi are a retired couple living in a small seaside town in the south west of Japan with youngest daughter Kyōko, a teacher in a local primary school.

The couple take a lengthy train trip to Tokyo to visit two of their grown-up children, Shige and Kōichi. While there, they also meet up with their daughter-in-law Noriko, whose husband Shōji is still missing from the war, presumed dead.

The Hirayamas discover their children aren’t the high-flyers that they like to portray themselves as. Kōichi works in a paediatric practice in a far from salubrious part of town. Shige runs a downmarket hairdressing salon from her home. Kōichi and Shige meanwhile discuss their parents as if they were young children and it’s no real surprise when the reluctant hosts hatch an insensitive plan to send their guests off to a nearby spa resort.

This is an idea that fails to work as anticipated. The Hirayamas find the hotel too loud for their liking, with live music and too many noisy young people celebrating a wedding. They find it difficult to sleep and decide the next morning to leave.

Their return to Shige’s home is greeted even more frostily this time round and the parents are encouraged to find accommodation elsewhere. When a drunken Shukichi heads back unannounced that night with his equally boozed up buddy – who he’d hoped could put him up – Shige is splenetic was rage.

Luckily, Noriko continually displays genuine warmth towards her in-laws, taking time off work to show them around the city and happily inviting them to stay at her cramped flat.

Shūkichi and Tomi book a train to return home and the most important plot detail of Tokyo Story takes place off-screen. This will guarantee another gathering of the extended Hirayama family.

Okay, I doubt I’ve sold you on Tokyo Story on the basis of its plot, so what else can I tell you?

Well, the camera is usually stationery. Unusually for the time, the director regularly lingers on unpopulated interiors and the facades of buildings and landscapes. He breaks many cinematic rules, such as the idea of breaking the line, albeit you may be unaware of this as you watch. Sometimes even full scenes are shot with the camera positioned at the height of an average sized Japanese adult sitting on a tatami mat.

It’s just over two and a quarter hours long and there are no special effects, no hip rock ’n’ roll soundtrack, and no Tarantino style explosive dialogue. The film is more about what remains unsaid, although the director did refer to Tokyo Story as one of his most melodramatic pictures.

The film, though, is almost perfect. It’s a work that resonates long after its end credits have rolled. You feel compelled to ask yourself how you would have acted if placed in the position of the older children.

The ensemble cast all give masterful performances, and not one scene is superfluous.

Tokyo Monogatari – to give the film its Japanese title – slowly draws you in and once you settle down to its rhythm, it proves an utterly absorbing and rewarding experience. It was the 46th film made by Ozu and after seeing it, I wanted to see as many of the previous forty five as possible. As well as everything he made afterwards.